Iraq: Jewish heritage threatened by the ravages of time and greed

In this popular district of the Iraqi capital, nothing really distinguishes the faded brick building, if not the discreet Hebrew inscription surmounting the entrance. Forgotten, the past is… 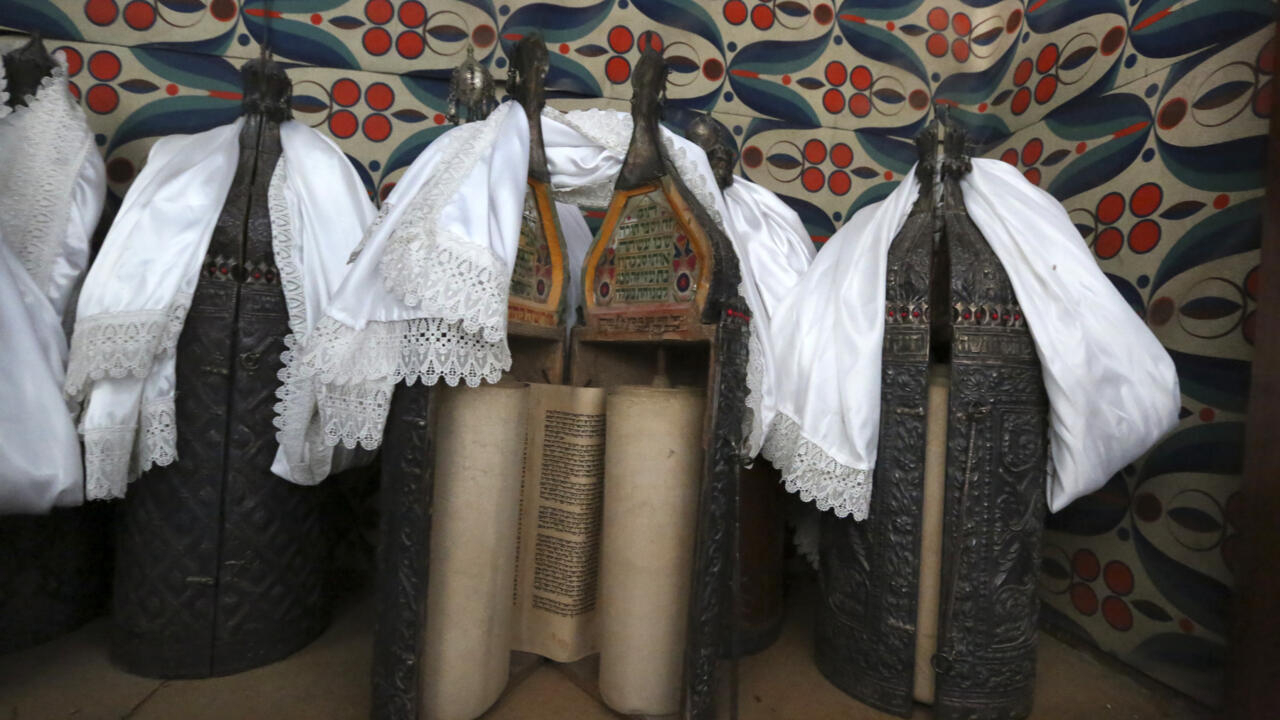 Iraq's Jewish community, once one of the largest in the Middle East, has shrunk to a trickle, leaving behind a precious legacy.

And the last Jews of Iraq, a handful, are witnessing a slow disappearance of heritage, in a country torn apart by decades of conflict and the exactions of armed groups, followers of arbitrary expropriations.

The rare restoration efforts, launched by international institutions, are not enough.

In the synagogue of Meir Tweig, built in 1942, time stands still.

Splashed by the sun, the benches are covered with white sheets.

The sky blue covering of the walls is crumbling.

The steps leading to the wooden tabernacle come apart.

Flanked by marble slabs engraved with seven-branched candelabra and psalms, the cabinet houses the scrolls of the Sefer Torah, hand-calligraphed on gazelle leather.

"Before, we prayed here, we celebrated our holidays, we took religious classes in Hebrew during the summer," recalls a member of the community, referring to the padlocked synagogue.

Today "our heritage is in a pitiful state. The State does not see us", deplores this source who requested anonymity, for fear of reprisals.

Calling on the UN to "save this heritage", she gives the example of a synagogue in the south, illegally occupied, transformed into a warehouse.

Here they wrote the Babylonian Talmud -- in the land where the patriarch Abraham was born.

In Baghdad under Ottoman rule, 40% of the population was Jewish.

Three years later, 96% of the community had left, mostly joining the Jewish state.

Yet there was a time when this minority in Iraq could boast of having 118 synagogues, 48 ​​schools, nine shrines, three cemeteries, according to a 2020 report.

The study cataloged Jewish heritage in Iraq and Syria, including now-defunct ancient sites dating back to the first millennium BC.

"Only 30 of the 297 documented sites in Iraq still exist," said the report by the London-based Foundation for Jewish Heritage and ASOR, the American Society for Overseas Research.

The few members of the community who remained in the country "worked very hard to protect their heritage, but the scale of the task exceeded their capacities", recognizes Darren Ashby, having worked on this report.

"Over time, a large part of this heritage has been lost due to expropriations, sales, slow deterioration and collapses", summarizes the expert at the American University of Pennsylvania.

As in Mosul, a northern metropolis liberated from the jihadists in 2017. At the bend of an alley, shimmering paintings indicate the ruins of the Sasson synagogue.

"It belongs to a Mosul family, which holds the title deeds."

The owners have contacted local authorities to sell them the site or have it restored, he says.

Glimmer of hope: Aliph, the International Alliance for the Protection of Heritage in Conflict Areas has expressed its availability to support a potential renovation project when the time comes.

And despite everything, some timid successes come to enhance the picture.

A man holds a Jewish religious book at the Meir Tweig Synagogue in the Iraqi capital Baghdad on January 7, 2022 Sabah ARAR AFP

In January, the American consulate in Erbil announced financing of 500,000 dollars to restore the small synagogue of Ezekiel, in the countryside of Akre (north).

In the north, the tomb of the Prophet Nahum has been restored with American aid, funds from Kurdistan and private donations.

Surrounded by church steeples in the town of Al-Qoch, the stone sanctuary erected in its present form in the 18th century - but which dates back to the 10th - is as good as new.

Joseph Elias Yalda, head of the Al-Qoch Heritage Museum, recalls stories told by village elders: Jewish pilgrims would flock for a week in June to pray and invoke the Prophet Nahum.

"They came from all the provinces, and even from neighboring countries," says the sixty-year-old.

"After the religious commemoration, there was a party in the old town, people were drinking and dancing."