"Even if I become president, I accept responsibility?" "Chief Election?" Daejang-dong Strife

Here's a recap of the last courtroom TV debate that took place last night. In the final debate, Lee Jae-myung and Yoon Seok-yeol faced each other over the suspicion of Daejang-dong. Again, they argued that the core of the allegation was the other side, but there was also a lot of talk about the introduction of the special prosecutor. 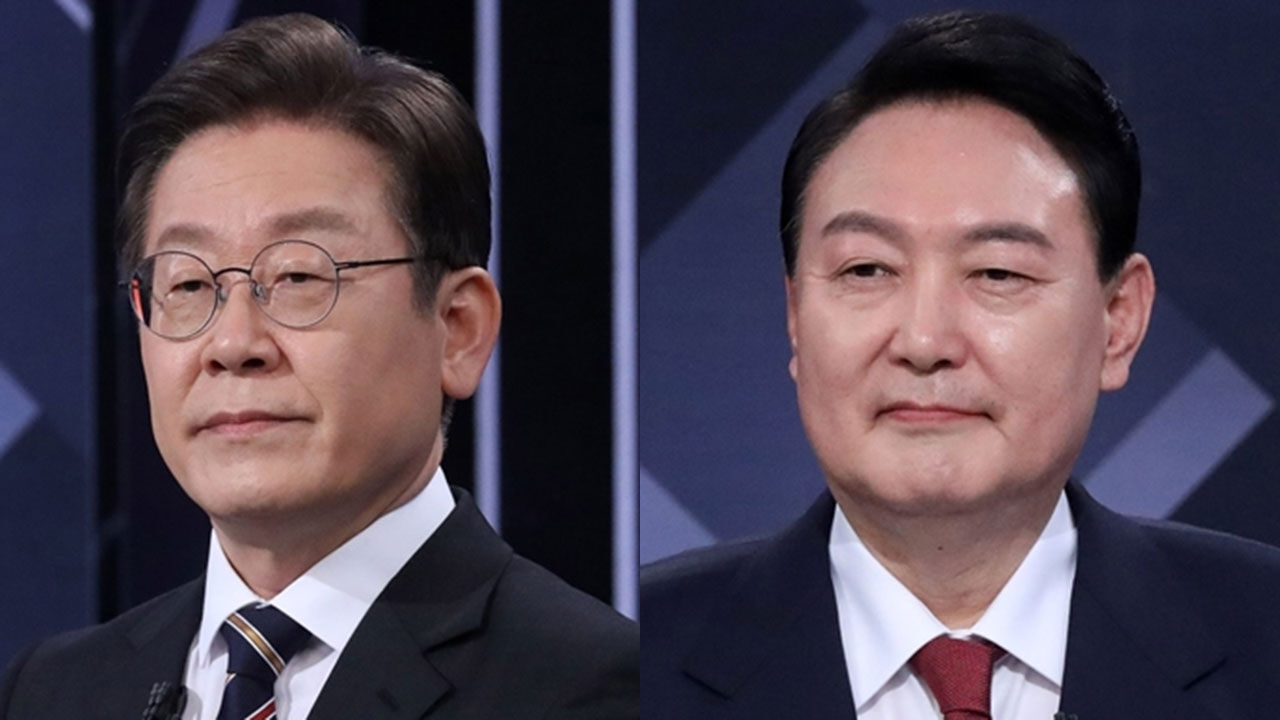 Here is a summary of the last courtroom TV debate that was held on the night of the 2nd.

In the final debate, Lee Jae-myung and Yoon Seok-yeol faced each other over the suspicion of Daejang-dong.

Again, they argued that the core of the allegation was the other side, but there was also a lot of talk about the introduction of the special prosecutor.

First of all, this is reporter Park Won-kyung.

The opening was opened by the People's Power candidate Yoon Seok-yeol.

Candidate Yoon took issue with Democratic Party candidate Lee Jae-myung's claim of mental and physical weakness in his defense of his nephew's murder case while he was a lawyer.

[Yoon Seok-yeol/People's Power Presidential Candidate: He defended the vicious criminal as weak and mentally incapacitated, but he raves about feminism while trampling on women's human rights like this.]

[Lee Jae-myung/Democratic Presidential Candidate: This has nothing to do with feminism.

Because the ethical profession of a lawyer and then social responsibility, these two things collide.

It would be better if you tell them separately.]

We attacked each other on suspicion of robbery, but there was also a debate over whether to introduce a special prosecutor or not.

[Lee Jae-myung / Democratic Party Presidential Candidate: Do you agree that we must do a special inspection even after the presidential election is over, and if there are problems there, we will take responsibility for it even if we are elected president

So far, the majority party has evaded investigations, and the presidential election is the election for the class president of the national school?]

The last remarks of the two people at the debate were also offensive over suspicion of Daejang-dong.

Of course (Daejang-dong) there should be a special prosecutor.

Even if you become the president, you have to take responsibility for the special prosecutor, didn't you see that they don't agree.]

[Yoon Seok-yeol/People's Power Presidential Candidate: Since we started the special prosecutor in September last year, we said that if we had something to do, we should accept it.

It is a disaster for the ignorant and corrupt Democratic Party regime to extend its reign.]

[Sim Sang-jung / Justice Party Presidential Candidate: Please vote for my own life, not because I hate anyone.

[Ahn Cheol-soo/People's Party Presidential Candidate: Depending on which candidate is elected, we may live in a country that is a backward country in 5 years or we may enter the ranks of the G5 advanced countries. .]