The Japanese Wonder Robot: Wait for me at Expo Dubai today

Japan unveils through its pavilion at the "Expo Dubai" its technological marvel, the robot "Alter 3", which presents a musical performance of "The Mirror", for the first time in the Middle East today, on the stage of the Jubilee Theater. Android Opera 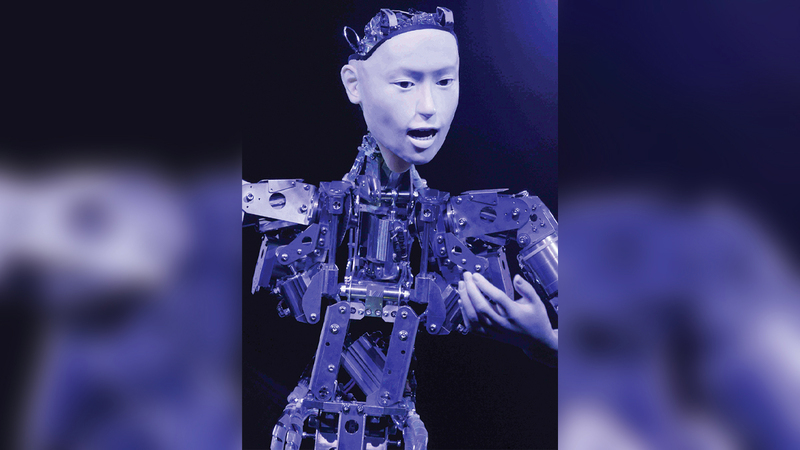 “Alter 3” presents a performance of “The Mirror”

The Japanese Wonder Robot: Wait for me at Expo Dubai today

Through its pavilion at Expo Dubai, Japan unveils its technological marvel, the robot "Alter 3", which is performing a musical performance of "The Mirror", for the first time in the Middle East today, on the stage of the Jubilee Theatre.

The Japanese musician and composer Shibuya Kaichiro from Android Opera announced the presentation of the world premiere “The Mirror” at the “Expo Dubai”, where Kaichiro revives the new opera using a full orchestra mixed with modern technological devices, in cooperation with Izen Fujiwara, and Japanese chantist, Shumio With a history of more than 1,200 years, the NSO Symphony Orchestra is located in the Emirates.

The Mirror performances are the culmination of Shibuya's work, a musical celebration that combines robot performance with chants and electronic music led by an orchestra.

As part of her collaboration with Shibuya Kaishiro, French visual artist Justine Emard is overseeing facial-expression-focused projections for Android, as well as 3D-mixed visuals of temples and shrines in Koyasan, Japan.

The combination of the brilliant lighting reflected on the Japanese robot and exceptional sound effects on the stage is a harmonious experimental model that the art world has never seen before.

Kaichiro emphasized that his search for a new form of music prompted him to create an evolution in live performances by integrating visual facts with music technology, and relying on the movement he closely followed, changing the audience's perception of fun, and their appreciation for entertainment.

“Music should not be bound by rules, but I continue to challenge my abilities and limitations, so the performance of the Android robot will pave the way for the music scene along with the AI ​​developers,” he said.

• “Music should not be bound by the rules...and the performance of the robot will pave the way for the music scene along with the developers of artificial intelligence.”