National Ear Love Day: These Habits Hurt Your Ears! Were you infected? 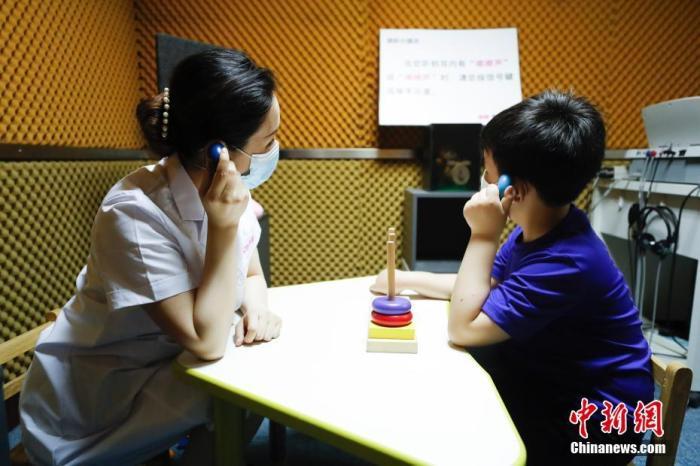 According to a report released by the World Health Organization last year, more than 1.5 billion people worldwide suffer from various degrees of hearing impairment.

What habits can damage our ears?

How to scientifically prevent hearing loss?

Hearing and language are important means for human beings to communicate with each other and understand the world. However, the haze of ear disease and hearing impairment is slowly disturbing people.

According to the World Hearing Report released by WHO in March 2021, one in five people in the world is currently hearing impaired, and hearing loss affects more than 1.5 billion people worldwide.

The report predicts that by 2050, one in four people worldwide will have hearing problems, and nearly 2.5 billion people will have some degree of hearing loss, of which at least 700 million will require rehabilitation services.

At the same time, factors such as unhealthy diet, living habits and urban noise pollution also increase the risk of hearing loss in young people.

7 Habits That Harm Your Ears How many have you hit?

The ear is an essential organ for us to hear the sounds of the world.

However, some of our inadvertent little habits can hurt our ears.

Chen Ping, the chief physician of the Department of Otolaryngology of Beijing Haidian Hospital, introduced that in our daily life, we may have these little habits that hurt our ears:

Talking on the phone or using the headset incorrectly: Answering calls for extended periods of time or frequently.

Often use hard objects to pluck your ears: plucking your ears with hard objects such as ear scoops and toothpicks can easily damage the skin of the ear canal and even the eardrum.

Excessive fatigue and stress: When a person is highly stressed, the vasoconstriction of the ear leads to ischemia and hypoxia, and may even lead to deafness.

Improper nose blowing: If you blow your nose by pinching both sides of your nose with your hands, too much pressure will cause the secretions in the nasal cavity to flow back and cause otitis media.

Data map: People queue up for registration in the outpatient building of a hospital.

What are the manifestations of hearing loss?

How can I protect my ears?

The World Health Organization reported last year that 60 percent of hearing loss in children is preventable.

According to the doctor, the sooner the hearing loss is treated, the better the effect. If the best time is lost, the hearing will be difficult to recover.

If you have the following symptoms, you should seek medical attention in time: habit of increasing the volume; tinnitus, ear pain; people always think that you are speaking in a high voice; always missing parts of the conversation;

The doctor reminds you to pay attention to:

Stay away from loud stimuli and noise.

Reduce the bad habit of picking ears at will: Earwax is medically called cerumen, which can fall off on its own.

Use ototoxic drugs with caution.