Marine Le Pen on Wednesday called for "emergency measures" and "whatever the cost" for French farmers who risk being particularly victims of price increases linked to the offensive. 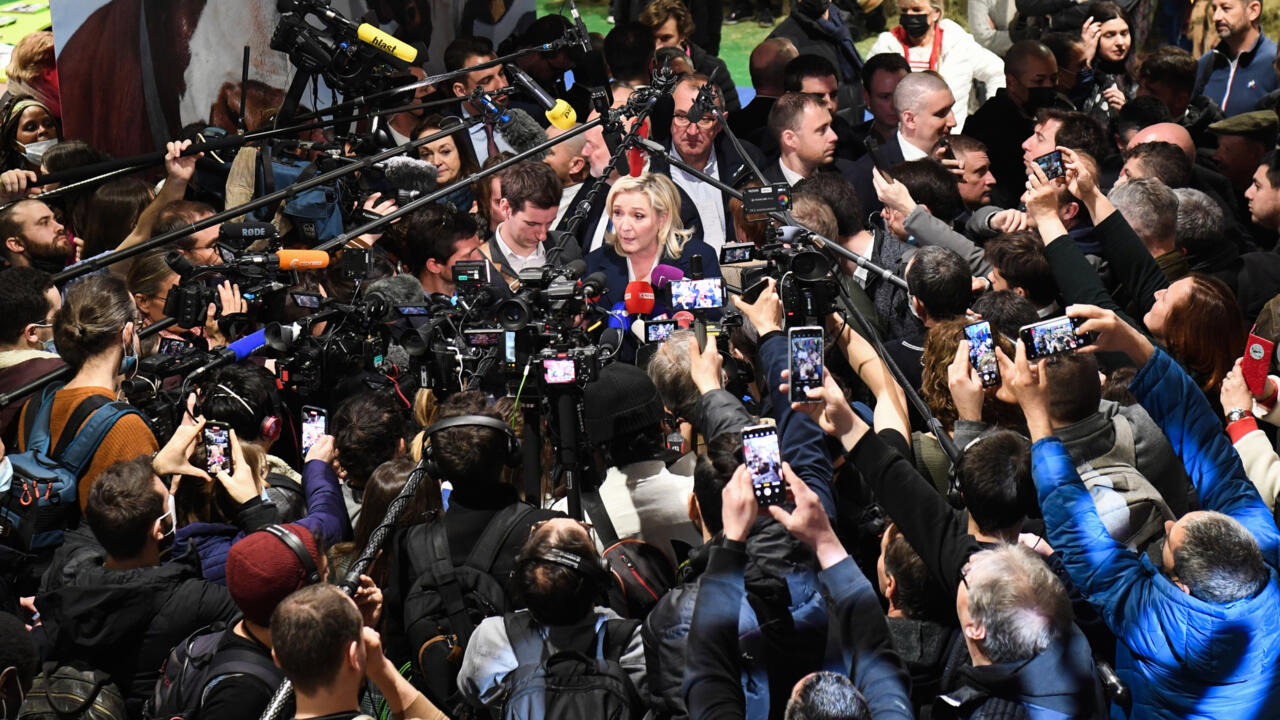 Farmers are "confronted, even before the repercussions of the war in Ukraine, with a very significant increase in raw materials, fuel, fuel oil, gasoline, gas, electricity", fraught with "consequences on production, prices and their ability to generate margins", underlined the RN candidate for the presidential election during a press briefing at the Agricultural Show.

And "of course their concern is great to see that this increase, this inflation, could worsen" with the war in Ukraine, she added.

Despite this war which dominates the news, Marine Le Pen wanted to "campaign", explaining that this conflict "shed light on the problems of energy sovereignty and food sovereignty".

She considered that there was "nothing abnormal" in Emmanuel Macron speaking in the evening on Ukraine because he "has this cap (...) on the diplomatic level", and she invited him to "favor the path of diplomacy".

"But he will have to put on his other hat as a presidential candidate because he owes the French a balance sheet," she added, calling for a debate with him "before the first round", being given that "the bandwidth reserved for the presidential election is restricted" because of the Russian-Ukrainian crisis.

"The French are very moved" by the war in Ukraine "but the fact remains that they have a daily life" and that they "want answers on the explosion in prices" of fuels and energy , as well as on insecurity, immigration or employment, she developed.

"If the President of the Republic, by strategy, tries to go over the answers he owes the French on these subjects, he is making a real mistake and he is disconnected from the strong expectations of the people", he said. she estimated.