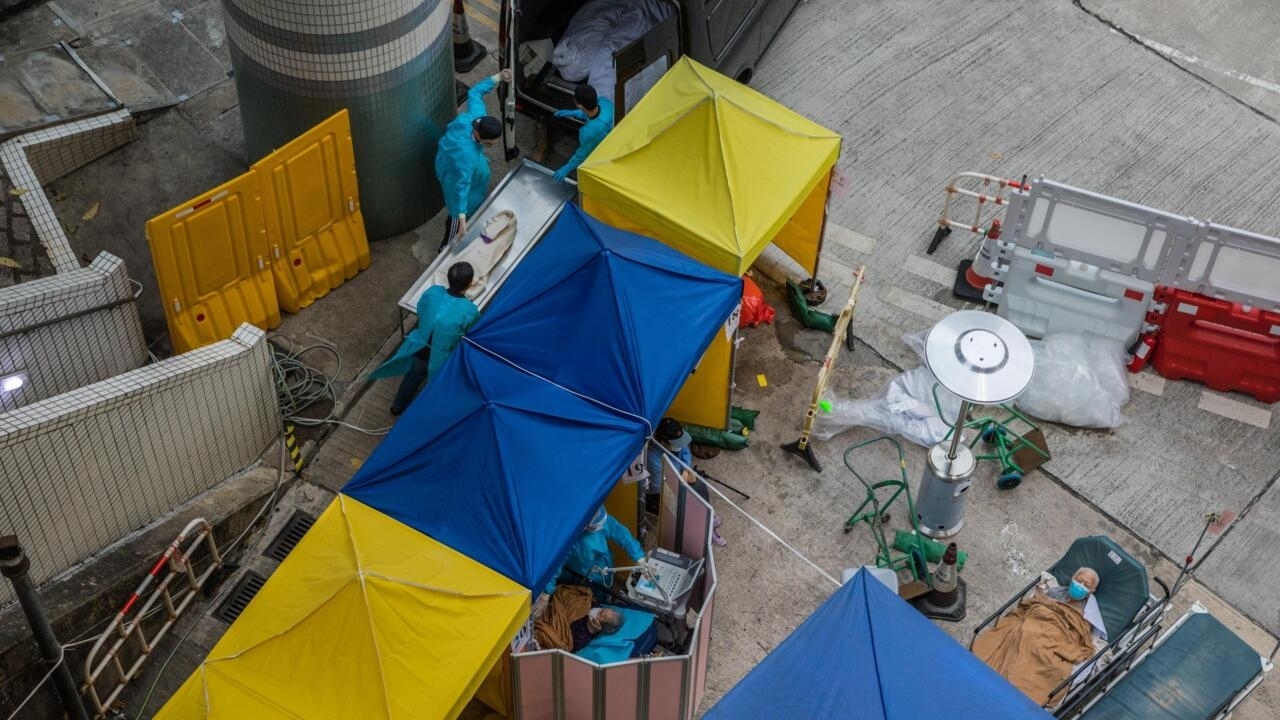 Overwhelmed hospitals, empty supermarkets, grim quarantine camps: chaos has taken hold of Hong Kong, which is facing its strongest wave of coronavirus and is preparing to screen all of its inhabitants.

More than 280,000 contaminations have been recorded there in the past two months, against only 12,000 since the start of the pandemic except for this period.

The United States on Wednesday advised its nationals to avoid Hong Kong due to the city's drastic measures to fight Covid-19, under which young children can be forcibly separated from their parents.

“In some cases, children who tested positive in Hong Kong were separated from their parents and kept in solitary confinement until they met local hospital criteria for discharge,” a State Department statement said. .

The empty shelves of a supermarket after reports of possible containment on March 1, 2022 in Hong Kong Peter PARKS AFP

The Hong Kong authorities highlight the lack of accommodation capacity to justify these separations when the parents are themselves tested negative.

Riot police used pepper spray on Wednesday in the face of protesters outside the New Zealand Parliament in Wellington.

She made arrests to put an end to the camp set up for more than three weeks against health restrictions.

Clashes between police and protesters opposed to health restrictions outside Parliament in Wellington on March 2, 2022 in New Zealand Dave Lintott AFP

Police said they "gained a lot of ground" during the operation.

The streets of Basse-Terre, capital of Guadeloupe (French West Indies), revived during Shrove Tuesday with "the big parade", apotheosis of the island's carnival, canceled in 2021 due to the Covid-19 epidemic. 19 and authorized late this year.

In two other French overseas territories, Guyana and Mayotte, Paris has decreed the end of the state of health emergency, due to "the improvement of the epidemiological situation" in recent weeks.

The pandemic has officially killed at least 5,962,297 people worldwide since the end of December 2019, out of more than 436 million confirmed contaminations, according to a report established by AFP on Wednesday at 11 a.m. GMT.