Strengthen the control of information at all costs. The Russian media policeman even wants to ban Wikipedia, but he started by blocking access on Tuesday to the last independent television channel… 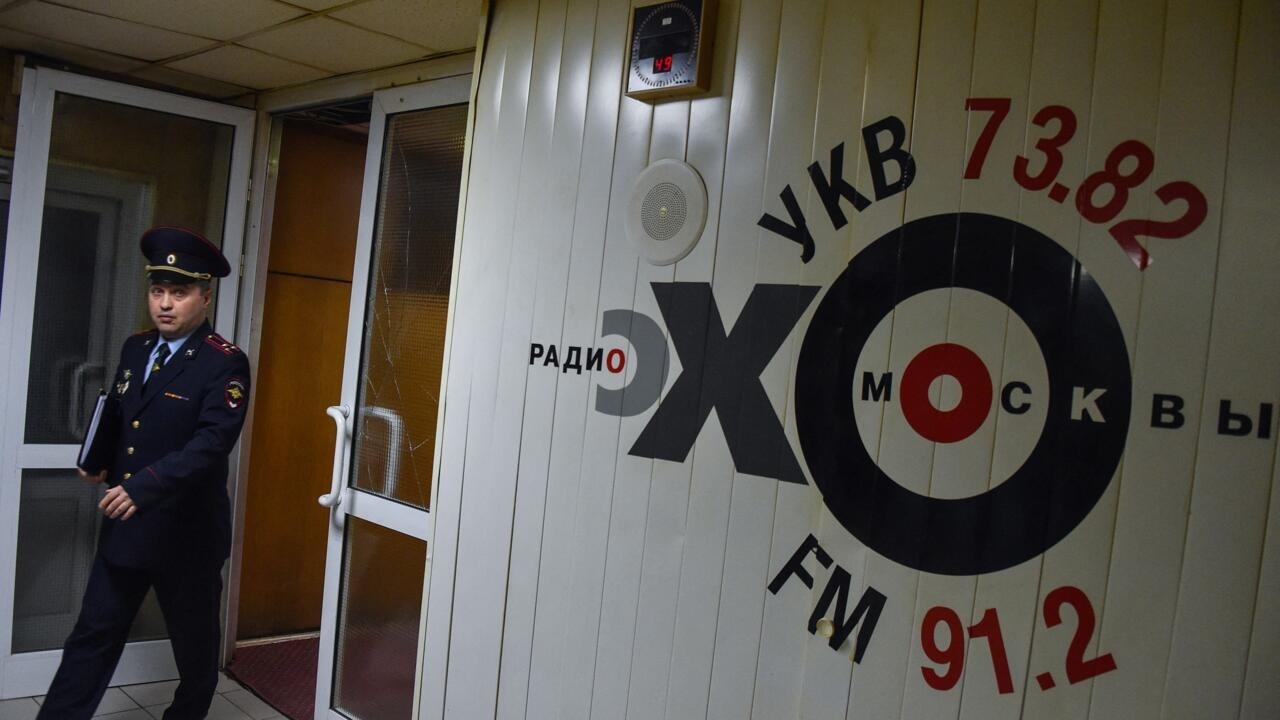 A policeman at the premises of the Moscow Echo radio station on October 23, 2017. AFP - VASILY MAXIMOV

Strengthen the control of information at all costs.

The Russian media policeman even wants to ban Wikipedia, but he started by blocking access on Tuesday to the last independent television channel, Dojd, and to a renowned independent radio station, the Echo of Moscow radio.

These two media are criticized for not having used the line of power.

She was suspended only once, it was during the putsch of August 1991. Since this Tuesday evening, the radio

does not emit any more.

Echo from Moscow had been broadcasting since the end of the Soviet Union, setting the tone.

Funded by the giant Gazprom, it had so far managed to avoid the wrath of power.

Dojd television, classified as a foreign agent last August, had proclaimed its refusal to resume the propaganda of power on the war in Ukraine.

The chain, already expelled from cable, intends to continue to inform on social networks.

The day the conflict broke out, its editor-in-chief wrote on Twitter: “

I never believed, in the movies, when a character under great stress is nauseous to the point of vomiting.

I couldn't believe it until I felt this nausea this morning at 5:50 a.m. when the producer called me to tell me that Putin had declared war on Ukraine.

40 minutes later we were live and we won't get out of it until we get a chance to talk.