Isabel Díaz Ayuso has become the true protagonist of the National Board of Directors of the PP. The president of the Community of Madrid has harshly charged against the... 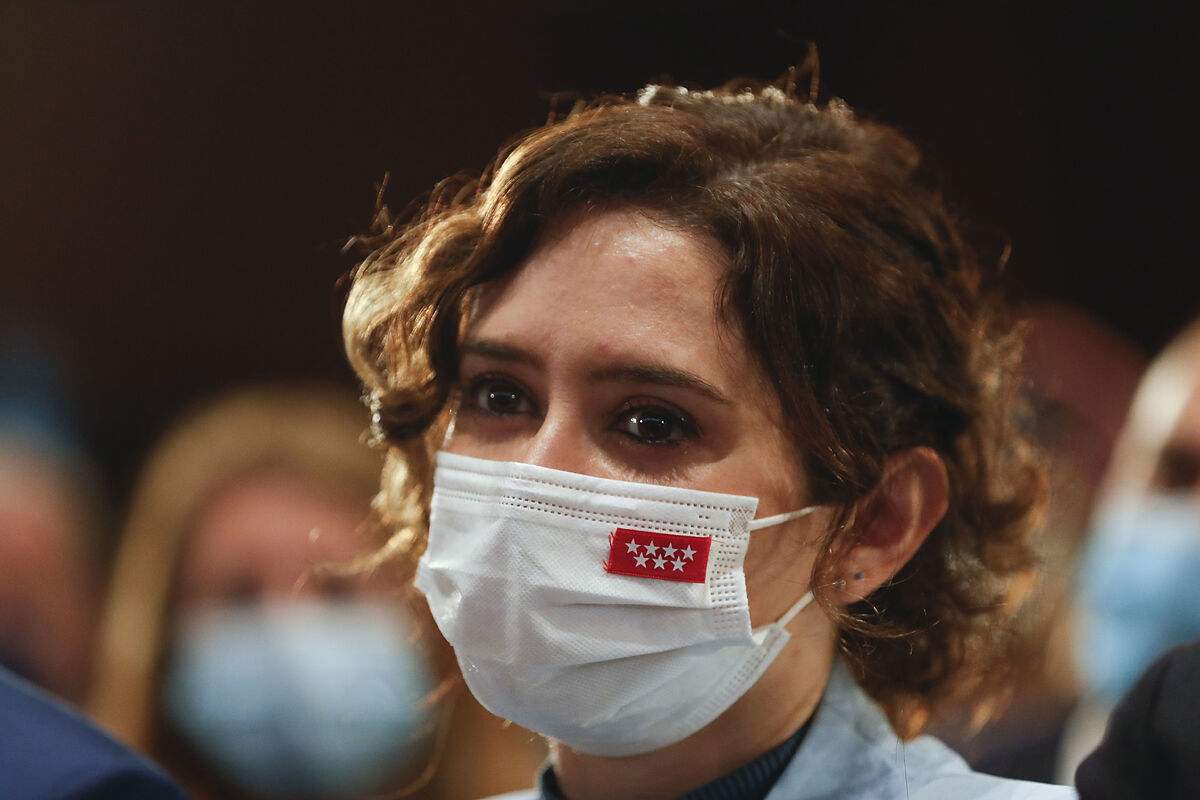 Isabel Díaz Ayuso has become the true protagonist of the

of Directors of the PP.

has harshly charged against the leadership of her party and has asked to "expel" all those who have been part of the "campaign" against her, according to internal sources of the

"I don't believe in falsely closed wounds," she has emphasized, because "the impossible has been done to kick me out of politics and destroy me personally," she said, behind closed doors.

For Ayuso, everything that happened around his brother's business and Casado's accusations are "very serious facts that, in order to regain the trust of public opinion, we will have to investigate and expel their authors."

"And to know", he added, "why a stupid anonymous message ends up in the form of an SMS on the phones of our political opponents".

"I expected that from the left, but not from my own party, which has suspected me, after 18 years of dedication in body and soul," he lamented.

"Or what is true about a mayor who works where he casually presented the statement of the employer of the masks, and that it has been right from there that the data may have been leaked?", He has wondered.

Ayuso, who has come to wonder "how many Ritas Barberás can the PP endure", has charged with flint hardness, referring to Casado's criticism of the former Valencian mayor.

"Some thought more about protecting themselves in case moments like this arrived than about being the true alternative to Sánchez," he has disfigured.

"The damage caused is for everyone. The Community of Madrid is key to the National Popular Party and now it faces unbearable wear and tear," Ayuso emphasized.

In his opinion, the 'popular' are now "in the hands of the PSOE, at a time that suits those who want to destroy us."

"The case will come to nothing, but how long will it take to shelve it?" He insisted.

To defend the cleanliness of his government, Ayuso has assured: "We do not spend taxpayer money on brothels or seafood. We fight the illegal closures of Madrid."

"My government council never did anything other than act with integrity and great professionalism. It never benefited any family member, least of all mine. Neither family member nor friend," he insisted.

In a final depth charge, Ayuso has paraphrased Casado, to criticize him: "When 700 people died in Madrid, we literally left our health to save lives. And that is something that citizens have recognized us at the polls. I hope that my party as well".

Later, the Madrid baroness praised Feijóo, who returned the compliment at the exit of the conclave: "Isabel Díaz Ayuso is the president of the Community of Madrid, she is an honorable person and we have no doubt, I repeat, no doubt, of its honor. We will defend it"

Already in front of the media, Ayuso has clarified that she is not going to present herself to the extraordinary congress of the PP because she has "a commitment to all the people of Madrid".

And he has interjected that he will "always" thank Casado for "trusting" her.

"I appreciated him," she said.

For her part, Cayetana Álvarez de Toledo has taken the floor to criticize the ideological "disorientation" of the PP and to assure that her party is risking "its very existence" as a hegemonic force in the center-right.

The deputy for Barcelona has repeated her arguments point by point in a forum in EL MUNDO and has assured that she hopes that the PP does not drift "towards a coalition of regional parties", in reference to Feijóo's interest in "decentralizing" the party, as This newspaper has advanced this Tuesday.

"More than a congress to replace one leader by another, we also need a congress of deep ideological and strategic meditation", he said, before requesting the inclusion in the agenda of the April congress "a political paper that defines clearly our strategic and ideological position".

"And that it reinforces the mandate of the next direction", she added.

The president of the PP of Extremadura, José Antonio Monago, has highlighted that all the agreements have been approved unanimously and that there is consensus around Núñez Feijóo.

"We all have wounds, some very deep, but today is the time to start healing," he said.

Internal crisisFeijóo "will decentralize" the PP

Politics Pablo Casado's war against Ayuso bleeds the PP: "This only ends with one of the two out"