The classroom is in full swing when physics teacher Dan Englundh has a lab with his students. He is now praised by the Royal Swedish Academy of Sciences for his inspiring demonstrations and laboratory work. 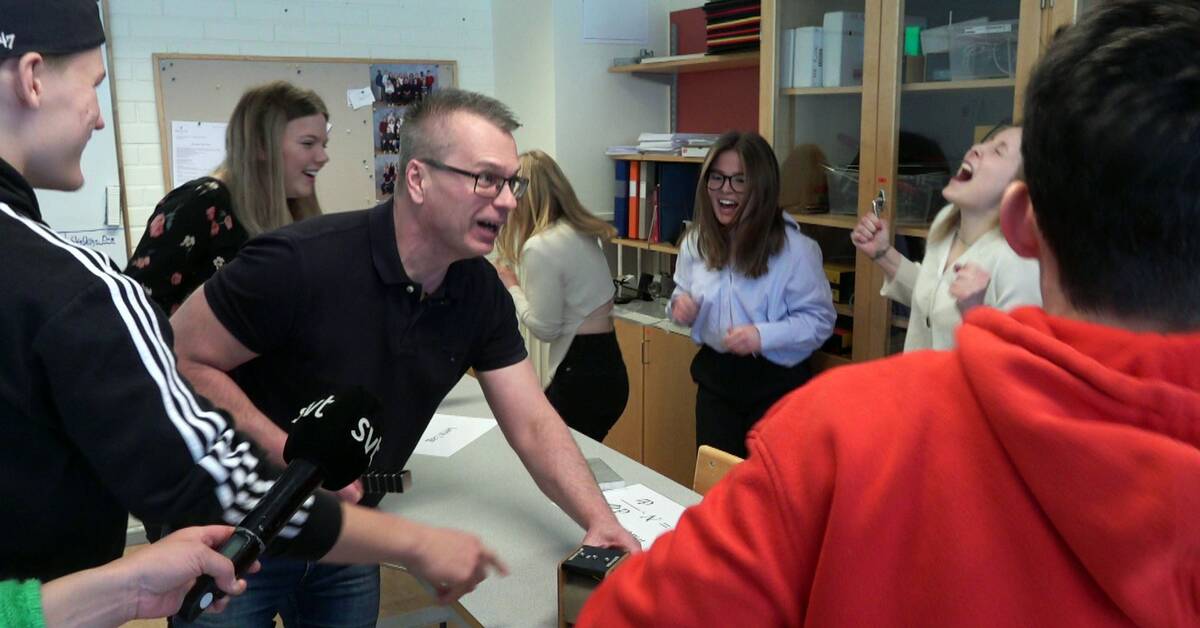 - It is an honor to receive this award, both for me and everyone around me, says a happy Dan Englundh in the classroom in Hedemora.

He is one of four teachers in Sweden who receive an award from the Royal Swedish Academy of Sciences - Dan Englundh receives it for his teaching of physics.

The motivation states, among other things, that "he is a committed teacher with inspiring demonstrations and laboratory work".

- I think it should always be a mix between theory and experiment.

The experiments are incredibly important for my teaching so I get proof of the theory.

There are students who have nominated Dan for the award, one of them is Cornelia Horn who is in her final year of high school.

- Dan has such a good contact with the students that you do not have with so many other teachers.

You notice that he is passionate about math and physics, she says.

- That it is the students who nominated me, I appreciate very much, says Dan.

Creates your own experiments

It is noticeable that Dan likes to experiment with his students and he finds inspiration for them abroad, among other places.

He also likes to build his own experiments.

- Physics is important because it can explain reality in a good way and my experience is that students bring with them knowledge from things that they have got to feel.