Among them are guarantees that Washington will not withdraw again.. Iran talks about 3 main issues pending in the Vienna talks

Iran has said that reviving the 2015 nuclear agreement is possible if the Western powers take a political decision to resolve 3 major issues that remain outstanding, with talks between Tehran and world powers entering a crucial stage. 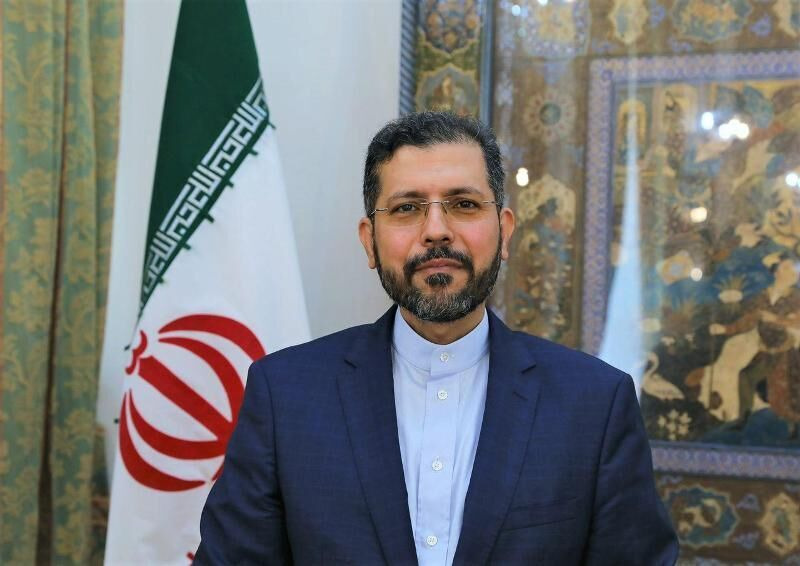 Iran said on Monday that reviving the 2015 nuclear deal is possible if Western powers make a political decision to resolve three major outstanding issues, as talks between Tehran and world powers enter a crucial stage.

Iranian Foreign Ministry spokesman Saeed Khatibzadeh outlined the remaining outstanding issues, saying they were related to the extent to which sanctions would be lifted, guarantees that the United States would not withdraw from the agreement again, and resolving questions about uranium traces that were found at many of the old, but unrecognized, sites. announced in Iran.

Ten months after the start of talks in Vienna, progress has been made toward restoring the agreement limiting Tehran's nuclear activities in exchange for sanctions relief, from which the United States withdrew in 2018, and Tehran and Washington signaled that some major differences remained to be resolved.

"A good agreement is possible," Khatibzadeh said in a press briefing. "There are still 3 major issues to be resolved. America and European powers have not taken political decisions on these major issues."

"We believe that we need an appropriate path to resolve the outstanding issues in the areas of lifting sanctions, guarantees and political allegations that have been promoted against our peaceful civilian nuclear program," Khatibzadeh added.

He pointed out that "returning to the nuclear agreement will not be a one-day process, but rather a journey that includes a number of verifications by the United States."

He added that Iran's chief nuclear negotiator Ali Bagheri Kani, who went to Tehran last week to hold consultations with Iranian officials, "returned to Vienna to continue negotiations with a clear agenda."

The official IRNA news agency reported that Bagheri "will return this evening (yesterday) to Vienna with clear instructions to complete the negotiations with the aim of solving problems in order to reach a consensus" in the talks.

Bagheri had returned to the Iranian capital, Tehran, last Wednesday night for consultations, while members of his negotiating delegation remained in Austria, to complete the discussion with other delegations.

The parties participating in the talks held a meeting - yesterday, Sunday - without Iran and in the presence of the US delegation, according to what the Russian ambassador, Mikhail Ulyanov, announced on Twitter.

"We are waiting for the return of the Iranian chief negotiator (...) to finalize the agreement on reviving the nuclear deal," Ulyanov added.

The return of Bagheri, who is the deputy foreign minister for political affairs, comes the day after a call between the head of Iranian diplomacy, Hossein Amir Abdollahian, and Josep Borrell, the European Union foreign minister, who is coordinating the negotiations.

Amir Abdollahian stressed that Tehran is "seriously reviewing the draft agreement," adding that "our red lines have been clarified to the Western parties (...) We are ready to achieve a good agreement immediately, if they (the Westerners) show a real will."

The talks began last April, and resumed in late November after a suspension of about 5 months, with the participation of the parties that are still members of the 2015 agreement, namely France, Britain, Russia, China and Germany.

The talks, in which Washington indirectly participates, aims to bring the Americans back to the agreement, especially by lifting the sanctions they re-imposed on Tehran after their withdrawal, and the latter's return to fully respecting its commitments, most of which retracted after the American withdrawal.

The concerned parties are unanimously agreed that the negotiations have reached crucial stages, but with several points of disagreement remaining that likely require "political" decisions from the two main parties, Iran and the United States, while Tehran refuses to set any "unrealistic deadline" for completing the talks.