This is Putin's inner circle - with assets of 500 billion

The men belong to Vladimir Putin's inner circle and together are good for around SEK 500 billion. But they are missing from the EU's sanctions list - despite their close ties to the Russian president. 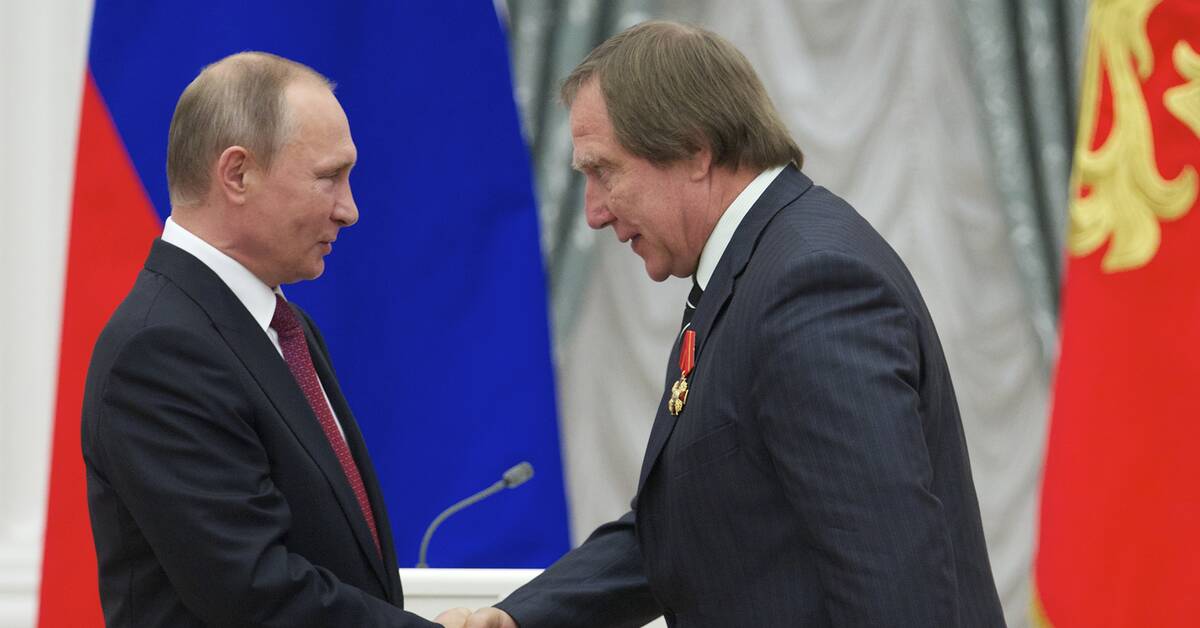 The EU has imposed new sanctions on hundreds of politicians, officials and the military following Russia's invasion of Ukraine.

But critics say the sanctions are flawed and should be directed at Putin's inner circle, the men who manage his money.

"In my experience, the only thing Putin cares about is his money," American financier and whistleblower Bill Browder recently told The Guardian.

SVT has taken a closer look at about ten billionaires who all have close links to Russia's president.

Together, the men and their families own assets worth around SEK 500 billion - and several of them are already on the US sanctions list.

He plays the cello, is a conductor and has said that he did not get rich at all when Putin's power increased like many of the president's closest friends.

“I have an apartment, a car and a cottage.

I have no millions ", Sergei Roldugin told the New York Times in 2014 when the United States discussed sanctions against Russians in connection with the annexation of the Crimean peninsula.

But the big data leak Panama documents showed a different picture a couple of years later.

Roldugin could be linked to five secret companies in tax havens, all of which in turn had links to the Russian bank Bank Rossiya, a bank known as "Putin's wallet".

The bank was founded in connection with the fall of the Soviet Union in the early 1990s with money from the Soviet Communist Party and with the help of Vladimir Putin who then worked in St. Petersburg.

According to documents in the leak, Roldugin was a billionaire via shares in Bank Rossiya.

In addition, he earned almost the equivalent of SEK 100 million a year.

The last owner of Bank Rossiya was at the last known moment another of Vladimir Putin's friends: Yuri Kovalchuk.

He has been described by a White House official as "the personal banker of many senior Russian officials, including Putin."

Kovaltjuk owns a ski resort and hosted the wedding between Putin's daughter and Kirill Shamalov in 2013.

A third person is Kirill Shamalov - who was previously married to Putin's youngest daughter.

His father Nikolai Shamalov has known Putin for a long time and the families have been on holiday together.

Kirill has built a fortune on shares in the petrochemical company Sibur and became Russia's youngest dollar billionaire at the age of 34.

Nikolai Shamalov's father has worked for Putin in various positions since St. Petersburg, and his company has also built what is known as "Putin's Palace" on the Black Sea.