The Infanta Cristina listens to her father, King Juan Carlos, and accepts the divorce

A picture is worth a thousand words, but from the photographs of Iñaki Urdangarin and Ainhoa ​​Armentia walking along the beach hand in hand published in Lecturas on January 19... 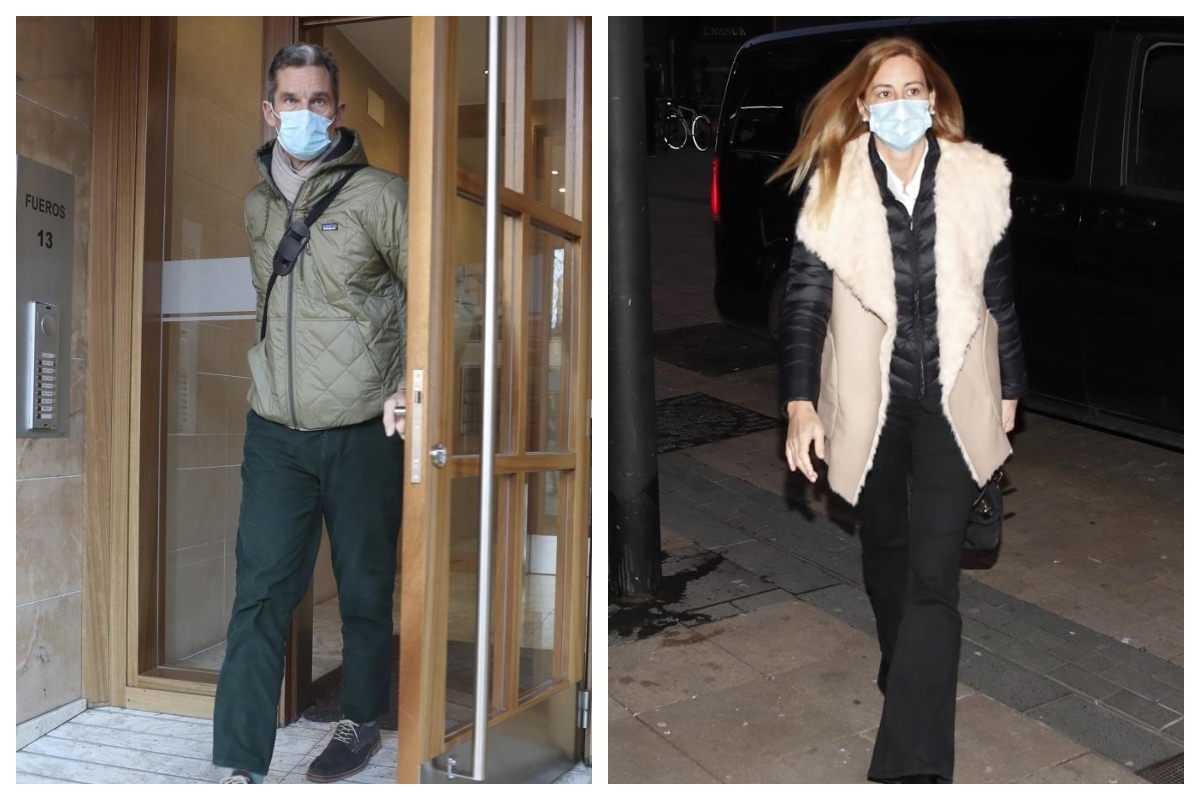 An image is worth a thousand words, but tens of thousands of words have been written from the photographs of Iñaki Urdangarin and Ainhoa ​​Armentia strolling along the beach hand in hand, published by

on January 19 (among which the thousands of memes and jokes that have circulated on mobile phones).

So something more had to be said beyond the

continuous speculation about the divorce

of the Infanta Cristina (56 years old) and Iñaki Urdangarin (54 years old), a topic that seemed ruled out after the numerous vicissitudes experienced by those who were once dukes de Palma:

ostracism from the Royal Family

and, in his case, a harsh prison sentence.

Even until this week it had been published as a result of some photographs of the still married couple that the sister of King Felipe would be willing to forgive the obvious slip to her husband.

It would not be the first time.

Remember the infidelities that were leaked during the investigation of the

that, as some thought, could end the marriage, in Zarzuela slang, "that worked best of the Royal Family".

With the divorce they wanted to create the famous firewall that should save the Crown.

has had its reward in view of the

exquisite education that the four

Urdangarin-Borbón offspring show with the media when they lie in wait for them with such delicate questions as if they would like to meet the woman with whom their father had been photographed and with whom he works in Vitoria.

However, other snapshots published this week in Hello!

They have finalized the expectations of a happy ending for this romantic tragicomedy.

In the aforementioned exclusive, Iñaki and Ainhoa's kiss was glimpsed in a yoga class before going away for the weekend together.

As this supplement has learned,

conversation with her father

, King Juan Carlos, and other members of her family confirmed her decision to end to your marriage.

, because she believes a lot in her family and that

", says a person close to the family of King Felipe. "Then, speaking on the phone with his father, King Juan Carlos in Abu Dhabi,

he decided to go ahead with the divorce

, no father likes to see her daughter exposed in this way in the media

But, as always, Doña Cristina put forward what was best for her husband, and therefore, her children.

Although finally a decaffeinated statement preferred the euphemism "interruption of marriage" as if, in fact, there was some possibility, however small, of resuming it.

This week the possibility of reconciliation was finally ruled out by the complicity that Urdangarin exhibited with Armentia and the story that the magazine made of his days in Vitoria.

and take advantage of any moment to be together, although Iñaki continues to live in the house of his mother,

They seemed perfectly complemented by the exclusive in

, which has led the

most exciting news so far this year,

together with the PP crisis.

In the images, the Infanta Cristina was seen with her daughter Irene in a handball match of Pablo, who has emerged as the most shining star of the Bourbon-Greece family while waiting for Irene, who has blossomed into a

without neglect their studies.

Pilar Eyre says that she has just taken the

Apparently, the main person interested in not formalizing the divorce is Iñaki Urdangarin himself, in the third degree prison and about to serve his sentence.

Sports Politicians, businessmen and doctors: this is how Urdangarin's former teammates triumph in the handball team

Finally thinner, sadder and in Geneva: the first image of the Infanta Cristina