In Poland, volunteers rushed to the border to welcome refugees from Ukraine

According to the authorities, nearly 115,000 people have already found refuge in this country in the north-west of Ukraine. At the border, solidarity is organized. Relations between the two countries are strong… 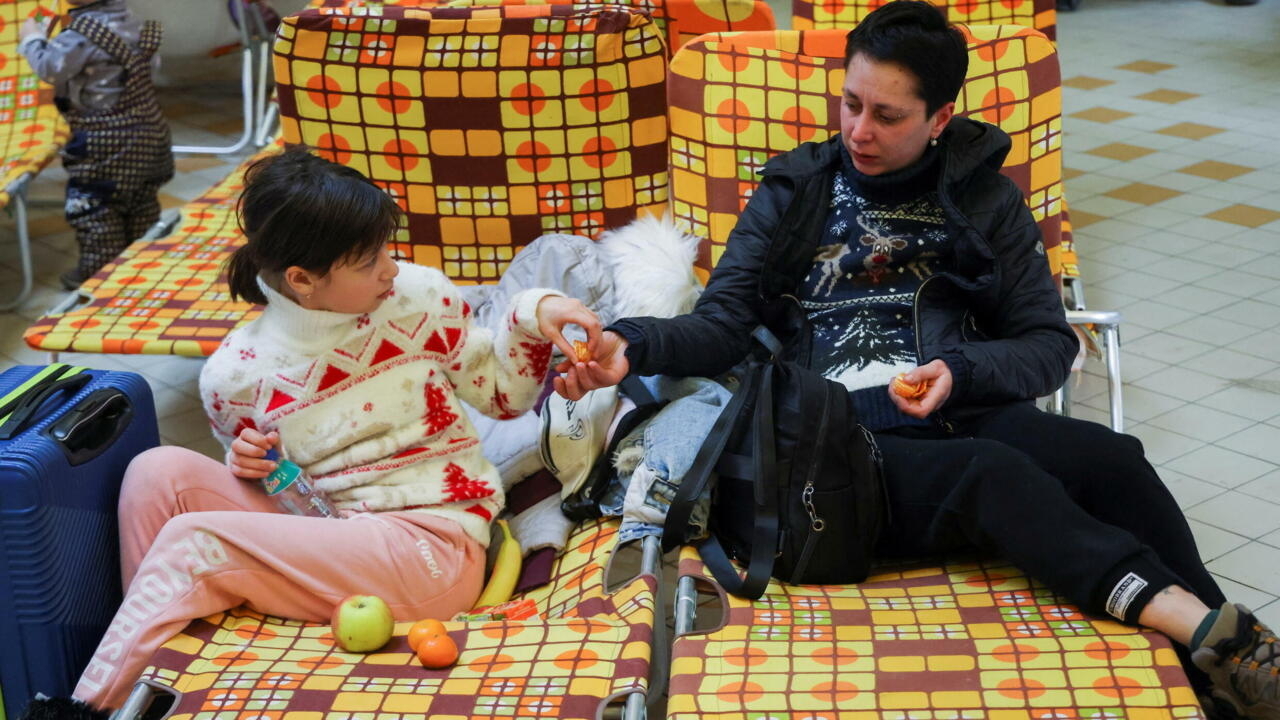 In Poland, volunteers rushed to the border to welcome refugees from Ukraine

This mother and her daughter arrived at the border station in Przemysl, Poland, on February 25, 2022. REUTERS - KACPER PEMPEL

According to the authorities, nearly 115,000 people have already found refuge in this country in the north-west of Ukraine.

At the border, solidarity is organized.

Relations between the two countries are strong.

Before the conflict, there were nearly one million Ukrainians working and living in Poland.

Today, they flock from all over the country to help.

Example in Przemysl, about fifteen kilometers from the border.

With our special correspondent in Przemysl,

Often tense but not desperate: it is on board overloaded trains that thousands of Ukrainian refugees, women, children and some elderly people, arrive at Przemysl station in Poland near the Ukrainian border.

Then, the Ukrainian Cultural Center dependent on the Polish authorities was transformed into a logistics base for the volunteers.

On a board, in marker: the names of the volunteers / their mission.

There are already nearly 500 in total. Katia came from Warsaw, five hours away by train, to coordinate the needs.

Here you have the volunteer program.

They take turns to greet Ukrainians arriving in Poland at the city's train station.

And there you also have the program of volunteers responsible for going to the border post by car to bring back those who enter Poland and bring them back here.

I am a Ukrainian citizen, and I have a Polish grandmother.

Many Ukrainians are in this case, and conversely many Poles have Ukrainian family.

The bonds are very strong.

That's what I'm here for.

In the hall, there are packs of water, fruit, bread... The donations of the inhabitants are stored here before being redirected to the reception centers.

At the end of the corridor, behind a heavy door, the large theater now serves as a dormitory.

On the stage, a pile of mattresses;

in the pit, dozens of camp beds.

Maria is Polish and mobilized since Thursday.

Here is a temporary reception center.

People stay a day, a day and a half.

On the one hand you have those who go from Poland to Ukraine, these are men who leave to fight or mothers who work here but want to pick up their child to bring it back to Poland.

And then on the other side, we also welcome those who arrive in the other direction, who flee Ukraine to go abroad.

And for the latter, the message is clear, posted at the entrance to the centre: “

Ukrainians, we are with you.

The first wave of refugees continues to increase.

The Polish authorities, who on Saturday morning cited the round figure of 100,000 people who had arrived since the start of the conflict, revised it upwards to 115,000 a few hours later.