Economic rapprochement, military alliance, "complicity" in the invasion of Ukraine... Belarus, which has become a vassal state of Russia, multiplies the signs of allegiance to Moscow and can... 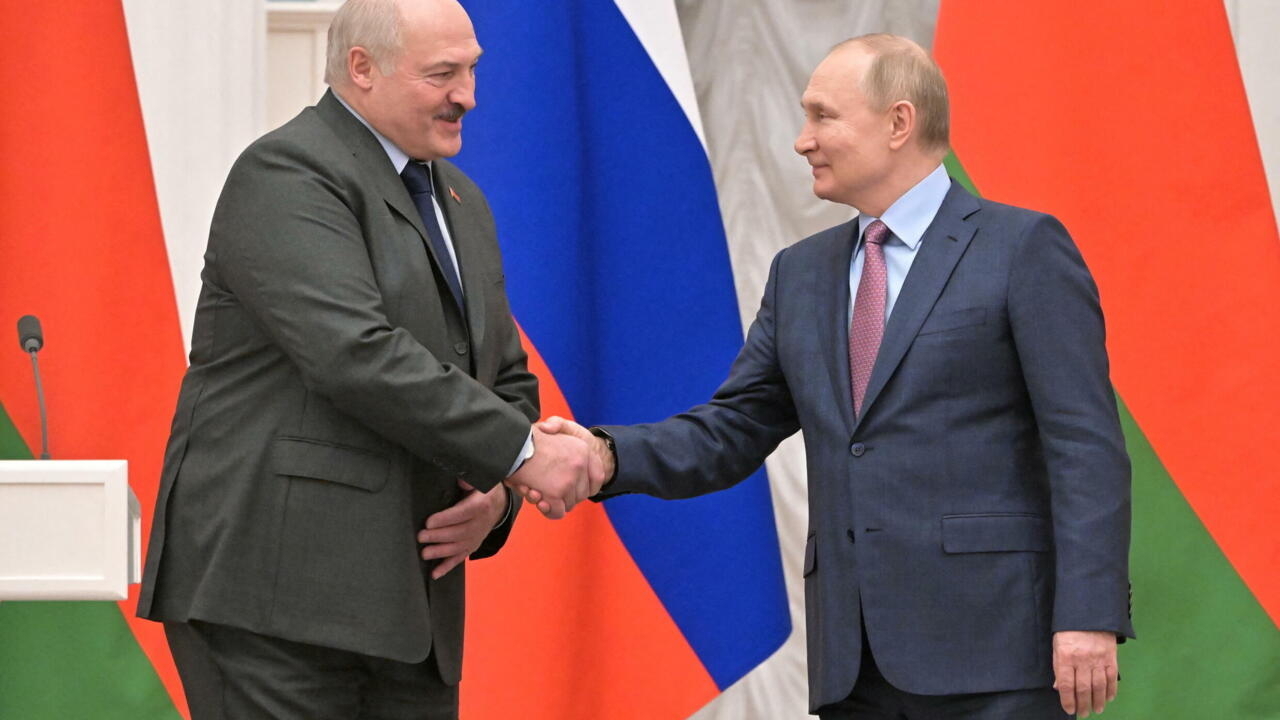 With Donbass to the East and Crimea to the South, the North is the other front of the Russian-Ukrainian conflict: Russian land forces entered Ukraine on Thursday, February 23, from Belarusian territory, to target military targets.

This use by Moscow of the territory of its neighbor and ally, to take Kiev in pincers, was strongly condemned by Washington and the Europeans who announced new sanctions against the contested President Alexander Lukashenko, described as an "accomplice" of the Russian invasion by Emanuel Macron.

But while all eyes are legitimately trained on these troop movements, another event has gone relatively unnoticed: on Sunday, the country is preparing to modify its Constitution and considerably strengthen the grip of President Lukashenko, allowing him to maintain in power until 2035. Above all, this modification carried out under pressure from the Kremlin, opens the way to the presence of nuclear weapons on Belarusian territory.

For several months, Minsk has multiplied gestures of allegiance to Moscow.

Shortly before the Russian invasion, the Belarusian regime notably claimed to respect Vladimir Putin's decision to recognize the independence of the "Republics" of Donetsk and Luhansk.

The time when President Alexander Lukashenko saw himself as a peacemaker between Russia and the European Union now seems a distant memory.

Belarus has indeed long cultivated a certain independence vis-à-vis the Russian big brother, but the disputed re-election of Alexander Lukashenko in August 2020 has changed the situation.

Popular discontent and Western pressure have consecrated the rapprochement with Moscow, which has unreservedly supported the brutal repression of opponents of the Minsk regime.

Since then, the integration of Belarus into the Russian fold has made great strides.

On the economic front, the two countries signed a series of agreements in November 2021 to converge their tax and customs legislation.

The creation of a unified gas market between the two countries before 2023 is also on the agenda.

But it is especially on the military level that this convergence is illustrated.

For several months, the two countries have multiplied joint military exercises and the presence of Russian soldiers has greatly increased.

According to the count made by the United States, up to 30,000 Russian soldiers are stationed in Belarus.

A project for an airbase on the territory of Minsk is also under discussion.

A way for Vladimir Putin to strengthen his strategic hold in the region but which worries the Belarusian opposition in exile.

"We do not want to be the appendage of another country", launched Wednesday Svetlana Tikhanovskaï, considered as the real winner of the presidential election of August 2020. "We see the threat of a slow occupation of our country ".

Western fears are also growing around the deployment of Russian nuclear weapons on Belarusian territory, made possible by an amendment to the Constitution.

This referendum, organized on Sunday and whose outcome is beyond doubt, must modify article 18 which defines the Republic of Belarus as a "neutral state" which will not harbor any nuclear weapons.

>> To see: For Josep Borrell, Vladimir Putin threatens in half a word "to use nuclear weapons"

In 1994, shortly after the collapse of the USSR, Belarus, but also Kazakhstan and Ukraine had signed the Budapest Memorandum and agreed to transfer to Russia the nuclear weapons stored on their territories.

“Constitutionally, the deployment of nuclear weapons will become theoretically possible. This would be the end of the non-nuclear balance in Eastern Europe since the end of the Cold War. there is no Russian will to do it", explains to France 24, Héloïse Fayet, researcher at the Center for Security Studies at Ifri.

NATO is also a "nuclear alliance"

According to this specialist in nuclear deterrence and proliferation, the strategic interest for Russia of redeploying its arsenal on the territory of Minsk would be limited because "in Kaliningrad, a Russian enclave located between Belarus, Poland and the Baltic States, the Russia already has bombers equipped with dual-purpose missiles, that is to say capable of carrying nuclear warheads and conventional warheads.

The modification of the country's constitution would however allow the landing of these bombers in Belarus or even to carry out military exercises using this type of armament.

>> To read: War in Ukraine: "There has never been such a variety of cyber operations in a conflict"

However, a deployment of Russian tactical nuclear weapons at short range, that is to say ready to be used on the battlefield remains "a very unlikely hypothesis", explains Héloïse Fayet.

"It would mean for Russia to sacrifice Belarus by turning it into a target for NATO".

President Alexander Lukashenko assured on February 17 that his country was ready to welcome nuclear weapons "if" stupid measures "were taken by his" rivals and adversaries ".

For its part, NATO has the possibility of deploying nuclear weapons in certain European countries through the "nuclear sharing agreement" without violating the treaty on the non-proliferation of nuclear weapons (NPT).

"I think Vladimir Putin must also understand that the Atlantic Alliance is a nuclear alliance. I won't say more about it," French Foreign Minister Jean-Yves le Drian warned on Thursday in response to the Russian president's threats on the consequences of any outside interference in the Russian-Ukrainian conflict.