ATP: Nadal and Norrie in the final in Acapulco

No revenge for Medvedev: less than a month after the Australian Open, the Russian was once again beaten on Saturday in the semi-finals of the ATP 500 tournament in Acapulco by Rafael Nadal, who will face… 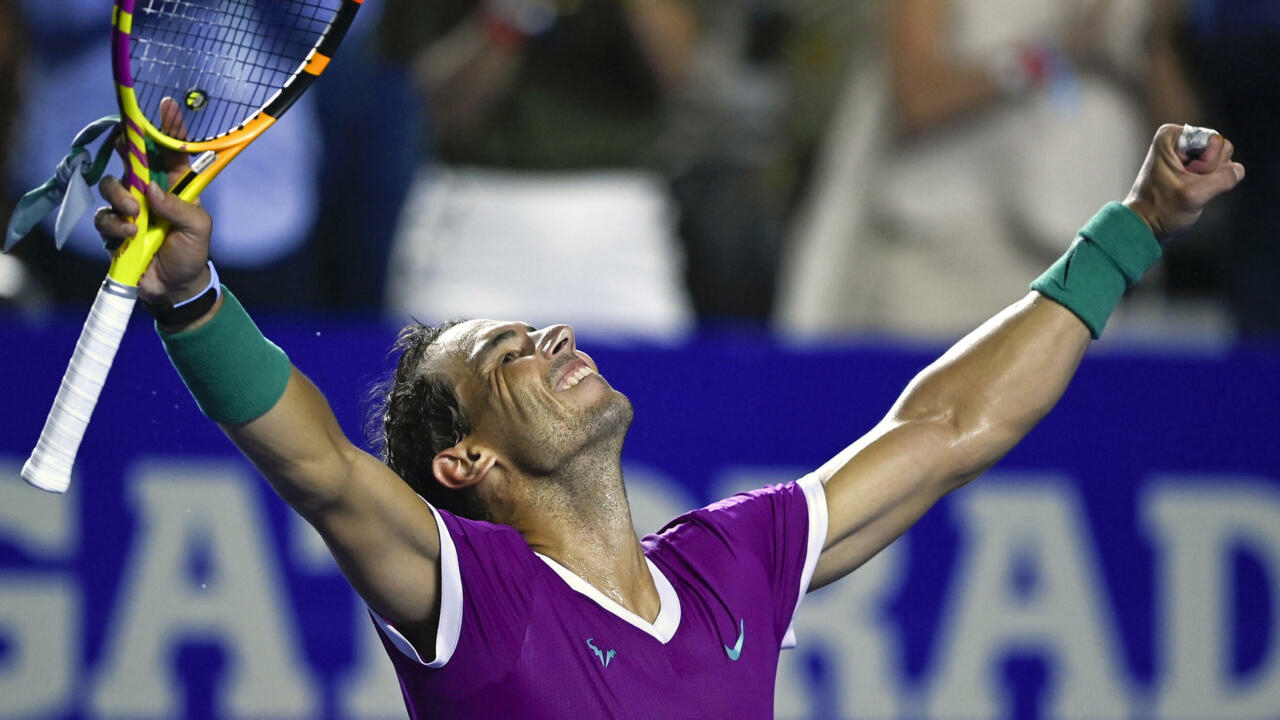 On January 30 in Melbourne, the Majorcan, 5th in the world, had to make a fantastic comeback, after being led two sets to zero by the native of Moscow, to win the first Grand Slam of the year, thus winning his 21 title in Major, an absolute record.

But for Medvedev, the important thing was perhaps elsewhere: despite this defeat, he has already been assured since Thursday of becoming the new world N.1 at the age of 26 on Monday when the next ATP ranking is published.

The Russian had to do better than the leader of world tennis for 361 weeks, Novak Djokovic, to seize the throne.

And it's been done since Thursday, when the Serb lost in the quarter-finals of the Dubai tournament, while Medvedev continued his journey in Acapulco.

Russian Daniil Medvedev during the semi-final of the Acapulco tournament against Rafael Nadal on February 25, 2022 in Mexico PEDRO PARDO AFP

The sixth meeting between Nadal and Medvedev (5 wins to one for the Spaniard) will however have been more hung than the score suggests, especially in the second round.

After a first set where the Mallorcan did not offer his opponent the slightest opportunity to seize his serve, he found himself having to save no less than seven break points in the second.

But Medvedev, too imprecise, failed to convert one, even dropping his last service game at 5-3 where he was leading 40-0 before committing a series of errors (including a 7th double fault) , to offer victory to Nadal from his second match point.

"The second set was really full of emotions," admitted the Spaniard.

"Daniil was playing very aggressively. It was a very tough set. I feel lucky to have won it because he had a lot of chances," he pointed out.

Nadal remains undefeated for the moment in 2022, with 14 successes in a row.

On the night of Saturday to Sunday, he will try to win the 91st title of his career and his fourth coronation in Acapulco.

For that, he will have to get rid of Cameron Norrie, also in great shape this year.

The Briton, crowned last week in Delray Beach, took the best in the other semi-final over the world No.4, Stefanos Tsitsipas, 6-4, 6-4.

Briton Cameron Norrie savors his victory against Stefanos Tsitsipas in the semi-final of the ATP tournament in Acapulco on February 25, 2022 in Mexico PEDRO PARDO AFP

Faced with the Greek, recent finalist in Rotterdam, the 12th in the world remained an Olympian calm: he broke in both sets at the best moment, in the ninth game just before serving to win the set, and did not has not once been worried about his service.

Currently on a series of 8 rank victories, Norrie, 26, is aiming for the fourth title of his career.

Nadal has won all three of his previous meetings with Norrie - at the Australian Open, Barcelona and Roland Garros in 2021. But the Briton has made a lot of progress in recent months.

"His level of tennis is enormous," said Nadal.

"It will be a big challenge, but we are in the final of a 500 here in Acapulco, so don't expect an easy opponent. I'm excited to be in the final," concluded the 'Spanish.