An American man who fell into the sea in the middle of the night... A lifetime thanks to 'seals'

A man who crashed into the middle of an ocean in the middle of the night in the United States was saved by a seal. A seal suddenly appeared in the open sea and guided him like a pacemaker in a marathon. 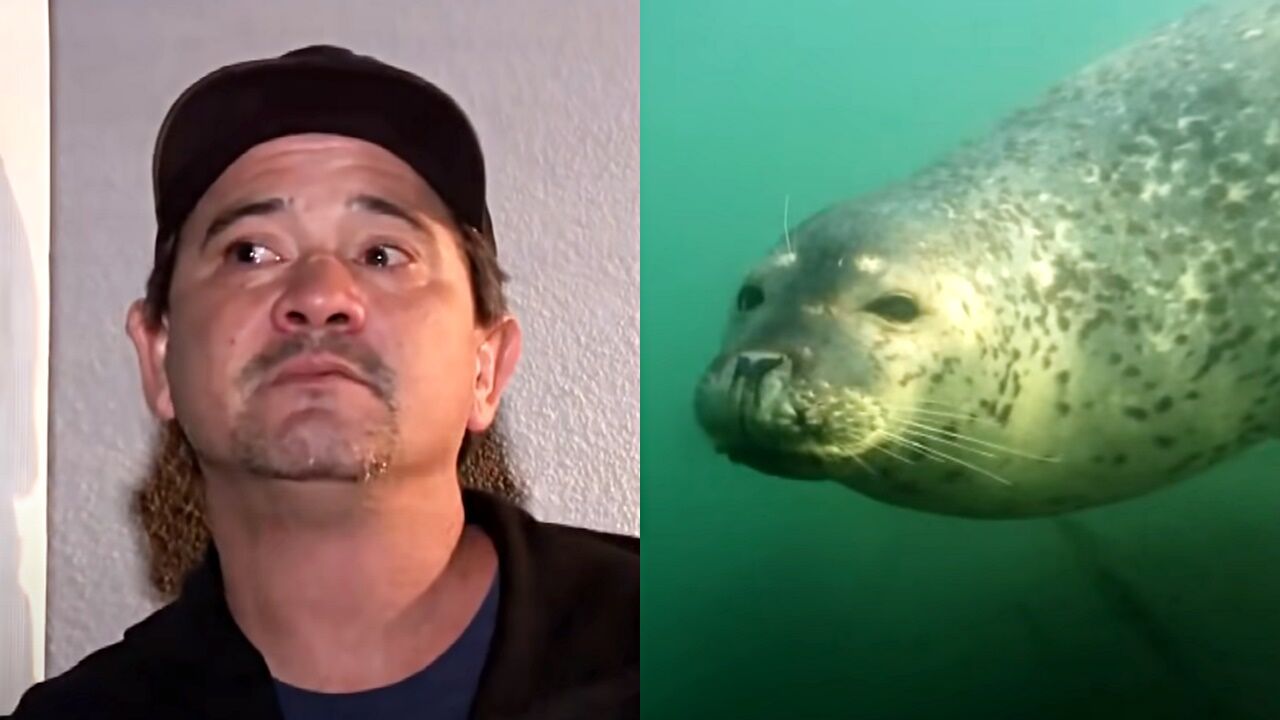 A seal suddenly appeared in the open sea and guided him like a pacemaker in a marathon.

On the 22nd local time, foreign media such as KABC-TV in the US reported the story of Mr. Scott Thompson, who miraculously returned alive in the middle of the sea.

Thompson, a sea urchin fisherman, suddenly fell into the sea on the night of the 26th of last month in Santa Barbara Strait, California.

Mr. Thompson, whose foot slipped from the edge of the fishing boat, tried to climb directly onto the boat, but was constantly pushed back by the strong waves, and the boat's motor was on at the time and the boat gradually moved away from Mr. Thompson.

At the time, Mr. Thompson was only wearing shorts and a T-shirt, and the water temperature was about 13 degrees.

In the end, Mr. Thompson, who was left alone about 16 km from the shore, said, 'I am dying like this.

Today is my memorial day,' and he said he was in a state of panic, thinking about the children who would grow up alone without a father and the image of his wife getting married to her new husband.

Then suddenly, with a 'splash' sound, a cute seal appeared in front of Mr. Thompson.

"At first, I was terrified at the thought of a shark," Thompson recalled. "When I looked closely, it was a seal, and the seal was looking at me curiously. It was like asking what I was doing there," he recalled.

Afterwards, the seal kept by Mr. Thompson, disappeared into the sea, and then came back up repeatedly.

It was as if he was making sure he was following along, sometimes poking his nose and shoving his ass, as if a pet was flirting with its owner.

When Mr. Thompson got tired of swimming, he would talk to the seals, sometimes begging 'Please give me a ride'.

After swimming for five hours, Mr. Thompson finally reached the front of an oil rig near the shore.

The seals were already gone when field workers found him, unconscious from hypothermia.

After receiving treatment at the hospital and recovering, Mr. Thompson said, "I felt that there is something wonderful about human power. I don't know what it is, but I will live believing in (that power) for the rest of my life."

Thompson's fishing boat left over the sea was later found and salvaged.

The worker who salvaged Mr. Thompson's fishing boat said, "Even if you were wearing a wet suit and equipped, swimming in the icy water would have been terrifying. I can't even imagine going into the water in a T-shirt and shorts on a moonless night." .