[General Election Debate] From the security officer pointed out to 'Daejang-dong'... fierce brawl

The four presidential candidates, Jae-myung Lee of the Democratic Party, Seok-yeol Yoon of the People's Strength, Sang-jeong Shim of the Justice Party, and Cheol-su of the People's Party, faced off fiercely yesterday in the second courtroom TV debate hosted by the National Election Debate Committee. 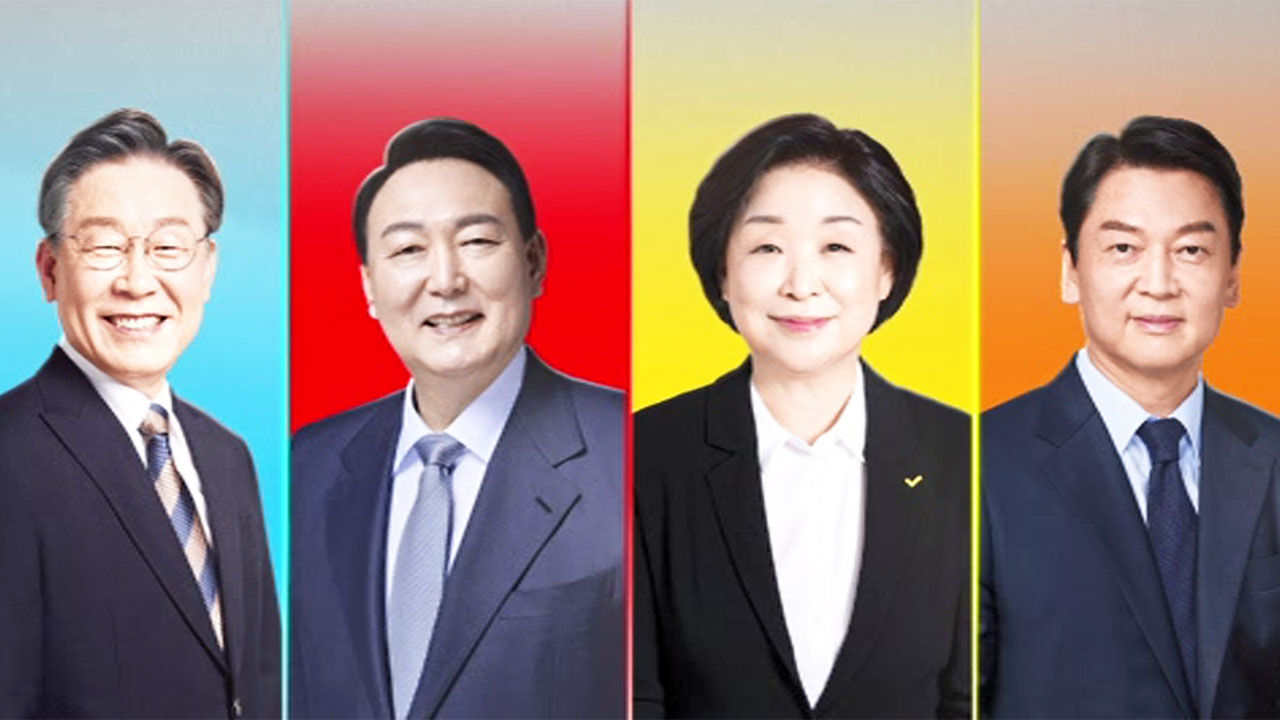 The four presidential candidates, Jae-myung Lee of the Democratic Party, Seok-yeol Yoon of the People's Strength, Sang-jung Shim of the Justice Party, and Cheol-su of the People's Party, faced off fiercely yesterday (25th) in the second courtroom TV debate hosted by the National Election Broadcasting and Debate Committee.

Democratic presidential candidate Lee Jae-myung argued that a multi-party coalition politics was needed by reforming the electoral system as a political reform measure.

Candidate Lee said, "You have to choose one of two huge parties, so if the other person makes a mistake, you have a chance. So rather than 'competition to do well', you grab the opponent's ankle to induce failure and take advantage of the opportunity. We have to break this structure." I did.

Candidate Lee added, "We must break the hostile symbiotic relationship between the two large parties and allow minority parties to engage in political activities with seats supported by the people."

Yoon Seok-yeol, the People's Power presidential candidate, said that reform of the electoral system is more important than constitutional amendment, and said that he had favored the major constituency system to ensure the representativeness of the people.

Candidate Yoon also criticized the current reform proposals as 'political shows with questionable authenticity', saying that they came out in a rush due to the imminent election.

The two candidates also clashed over responsibility for the founding of the proportional satellite party at the time of the 21st general election.

When Candidate Yoon criticized that "with the cooperation of the Justice Party, he immediately formed a satellite party and betrayed our Justice Party," said Candidate Lee. rebutted.

Presidential candidate Ahn Cheol-soo of the People's Party also said, "It is necessary to change the imperial presidential system to a decentralized presidential system through constitutional amendment. So far, too many powers have been concentrated on the president and there has been a president who has failed over and over again," he said. claimed.

Candidate Lee emphasized, "The really important thing is to win without fighting. More importantly, the peace that makes no need to fight."

"War is decided by politicians, but it is the young who die on the battlefield," he said. "The same thing is happening in Ukraine."

Then, he said, "Candidate Yoon is too harsh and violent. He says he will strike first, but isn't it the start of a war?" He added, "You talk like that easily, but since there is the Ukraine crisis, do you have any intention of restraining yourself and withdrawing?"

Candidate Yoon insisted, "If you want peace, prepare for war," he said.

Then, targeting Lee, he said, "The security officer is lacking and doesn't seem to know the details well." "Peace can only be maintained by having a clear deterrent. With such a weak attitude, peace can be threatened even more." was answered.

In addition, Candidate Yoon, who referred to the 'first strike theory', citing the Ukraine war as an example, said, "A novice politician for six months became president and stimulated Russia to clash." Is "

Candidate Yoon said, "If a hypersonic missile is developed, I think we will need an MD between South Korea and the US to respond." Said.

Candidate Shim then asked if he would allow Japan to intervene on the Korean Peninsula in case of emergency, and Candidate Yun blurted out the end of his speech, saying, "(The Japanese military) can come in in an emergency, but it must be presupposed."

Candidate Shim pointed out that "the military alliance between Korea, the United States and Japan, or the US MD, no government has participated in the past."

"When the strategic balance in Northeast Asia collapses, we can become like Ukraine in Asia," he said.

Candidate Ahn Cheol-soo clashed with Candidate Yoon over the response to the North Korean nuclear threat.

When Candidate Yoon insisted on strengthening extended deterrence by using intercontinental ballistic missiles (ICBMs) deployed on the mainland of the United States, Candidate Ahn pointed out, "There are tactical nuclear weapons that we can use in Guam or Okinawa."

At the same time, he criticized Yoon's argument, saying, "I do not understand at all because it is about using an ICBM located on the mainland of the United States."

battle, Candidate Seok-yeol Yoon opened the door to a debate on initiative, saying that the essence of the Daejang-dong suspicion is 'Jaemyung Lee's gate'.

Candidate Yoon continued, "Yoon Seok-yeol, who claimed to be a torso, said to apologize, but yesterday that Supreme Court Justice interviewed me, and this was completely different, so in fact, these allegations turned out to be completely false."

Then, referring to the 'Daejang-dong Documents' announced yesterday that Won Hee-ryong, the head of the policy headquarters for the National Hee-him predecessor, obtained it, he said, "If you look at these things together, (Lee) is saying 'Lies, lies', but isn't it different from what he's been talking about?" pointed out.

Candidate Yoon raised allegations of personal misappropriation of the corporate card of candidate Lee's spouse, Kim Hye-kyung, saying, "I am a torso, did I run Seongnam mayor, Gyeonggi governor, or did I eat sushi with an official card?" Besides, it's absurd, and it's the same story as Lee Wan-yong, who sold the country to Ahn Jung-geun."

Then, he said, "I'm sitting down with an old sword in Daegu, how can I become a torso? Say things that make sense with common sense."

In addition, Candidate Yoon continued the offensive, saying that the investigation of the Busan Savings Bank during his time as a prosecutor was poor.

He continued, "Busan Savings Bank is a general loan, but why did you only look at Daejang-dong loans while prosecuting other things?" and "Why did you buy coffee for Jo Woo-hyung? Why did you drink it?"

He also warned, "Candidate Yoon lies when he opens his mouth. The details of Gyeonggi business promotion expenses are still open on the Internet. Don't lie like that."

Candidate Lee said, "If there is a large-scale corruption, it is the offender, and what is related is the person who helped the offender," he said.

Then, he emphasized, "I did nothing and caused damage. I returned 580 billion won," and emphasized, "You shouldn't lie like this. Did you not make a profit by selling your father's house? It's clear that he looked after the fraudulent loan criminals and corrupt criminals." claimed.

The court TV debate hosted by the National Election Broadcasting and Debate Committee yesterday was held for the second time following the 21st, and will be held once more on the social field on Wednesday, the 2nd of the following month.