[NHK] On the 25th in the Western stock market, the sense of caution about the impact of sanctions on Russia by each country on the world economy has eased, so New York ... 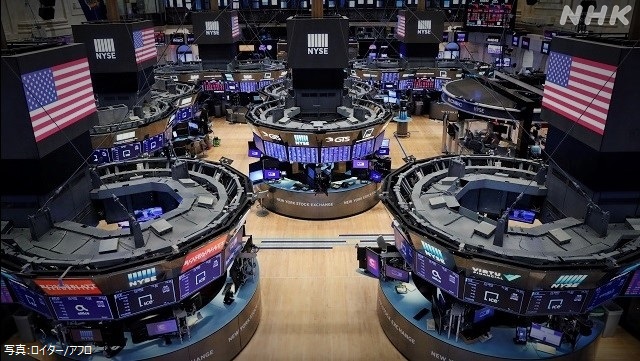 In the Western stock market, on the 25th, the Dow Jones Industrial Average rose to over $ 800 in the New York stock market due to the ease of caution about the impact of sanctions on Russia by each country on the world economy. The price has increased significantly.

In the New York market on the 25th, buy orders swelled immediately after the start of the transaction, and the Dow Jones Industrial Average rose sharply to over $ 800.

The Dow Jones Industrial Average has risen for the second consecutive business day.

The Nasdaq stock index, which has many IT-related stocks, also rose significantly by 1.6%.

In the European market, the movement to buy back the stocks that had fallen the day before spread on the 25th, and the closing prices of major stock indexes were 3.9% in the London market, 3.6% in the Frankfurt market in Germany, and 3.5% in the Paris market. The price has increased to.

Tensions increased in the Western markets the day before due to Russia's military invasion of Ukraine, but stock prices have eased the sense of caution about the impact of sanctions on Russia by countries such as Europe and the United States on the world economy. It led to a rise.

In addition, the closing price of a typical stock index, which had fallen sharply the day before in the Russian stock market on the 25th, rose sharply by 26.1%.