The neighboring countries of Ukraine and its 44 million inhabitants are preparing for an influx of refugees after the attack launched Thursday, February 24 by Russia. According to the UN, 100,000 Ukrainians have been displaced... 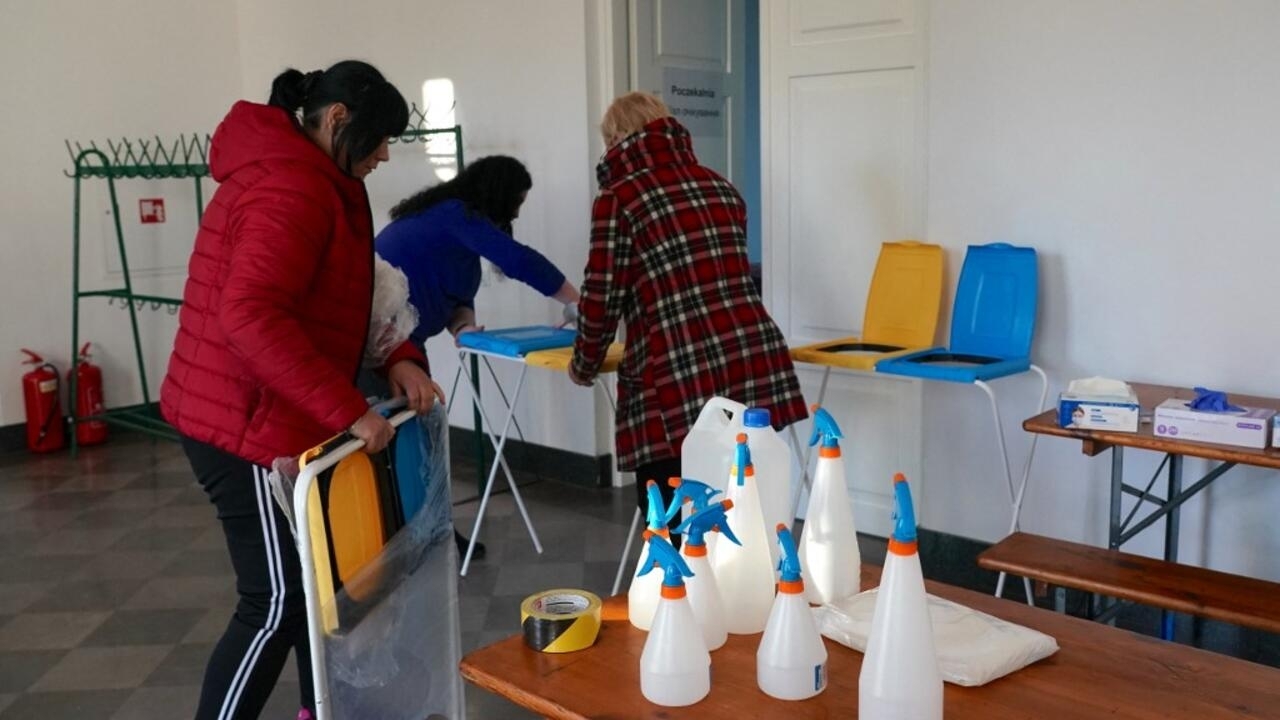 Preparations at the reception center for refugees from Ukraine established in Dorohusk, eastern Poland, on February 24, 2022. AFP - JANEK SKARZYNSKI

The neighboring countries of Ukraine and its 44 million inhabitants are preparing for an influx of refugees after the attack launched Thursday, February 24 by Russia.

According to the UN, 100,000 Ukrainians have been displaced within their country and several thousand others have already fled abroad.

We believe that around 100,000 people must have already left their homes and could be displaced within the country, and that several thousand people have crossed international borders

,” a spokeswoman for the High Office said on Thursday. -UN Commissioner for Refugees, calling on countries neighboring Ukraine to keep their borders open and saying they are ready to "

The European Union says it is fully “

with all the member states which are on the front line

First Poland, the most accessible European country from Kiev and where the largest Ukrainian community in the region lives.

The two countries share more than 530 km of border, along which, according to Warsaw, nine first "reception centers" will open.

Dozens of people arrived at the usually quiet Medyka crossing, some carrying luggage and accompanied by children.

The Polish authorities ensure that the refugees will be able to receive information, meals, medical aid and rest there.

Several days ago, Poland said it was ready to welcome children to its schools and students to its universities.

Slovakian customs authorities said private cars had to wait up to eight hours before they could cross the busiest of the three road crossing points between Slovakia and Ukraine.

Romania, which also shares a long border with Ukraine, claims to be able to open its doors to half a million people, thanks in particular to reception centers in major cities.

The border police noted an increase in the number of arrivals, identifying some 5,300 people, against 2,400 the day before.

Several hundred, including women accompanied by children, crossed the border post of Sighetul Marmatiei (north), according to images broadcast by television.

Romania, one of the poorest countries in the European Union, "

As for Hungary, known for its very harsh anti-immigration positions, it also says it is ready to let asylum seekers pass.

Budapest announces that it has sent troops to its border with Ukraine to create a secure corridor.

On Thursday, Hungarian police reported long queues of vehicles waiting to enter the country at five crossing points along the 140 km border with Ukraine.

” also crossed on foot, according to the MTI news agency.

If the crowd was not massive this Thursday, the figure of 600,000 is mentioned, according to a map deployed during a meeting the day before by the Hungarian authorities.

The Czech Republic, which has no border with Ukraine but is home to 260,000 Ukrainians, has also said it is ready to help refugees.

Balkan countries are preparing hotels and other tourist bases to accommodate them, said Bulgarian Prime Minister Kiril Petkov, whose country has no land border with Ukraine but borders the Black Sea, while like Ukraine and Russia.