The "Coalition" carries out 19 attacks against the Houthis... and battles in Hajjah, Marib and Taiz

The Arab Coalition to Support Legitimacy in Yemen announced, on Friday, that it had carried out 19 targeting operations against the Houthi terrorist militia in the Marib and Hajjah governorates, during the past 24 hours, which led to the destruction of 13 military vehicles and human losses among the militias. On the other hand, military sources in the armed forces confirmed 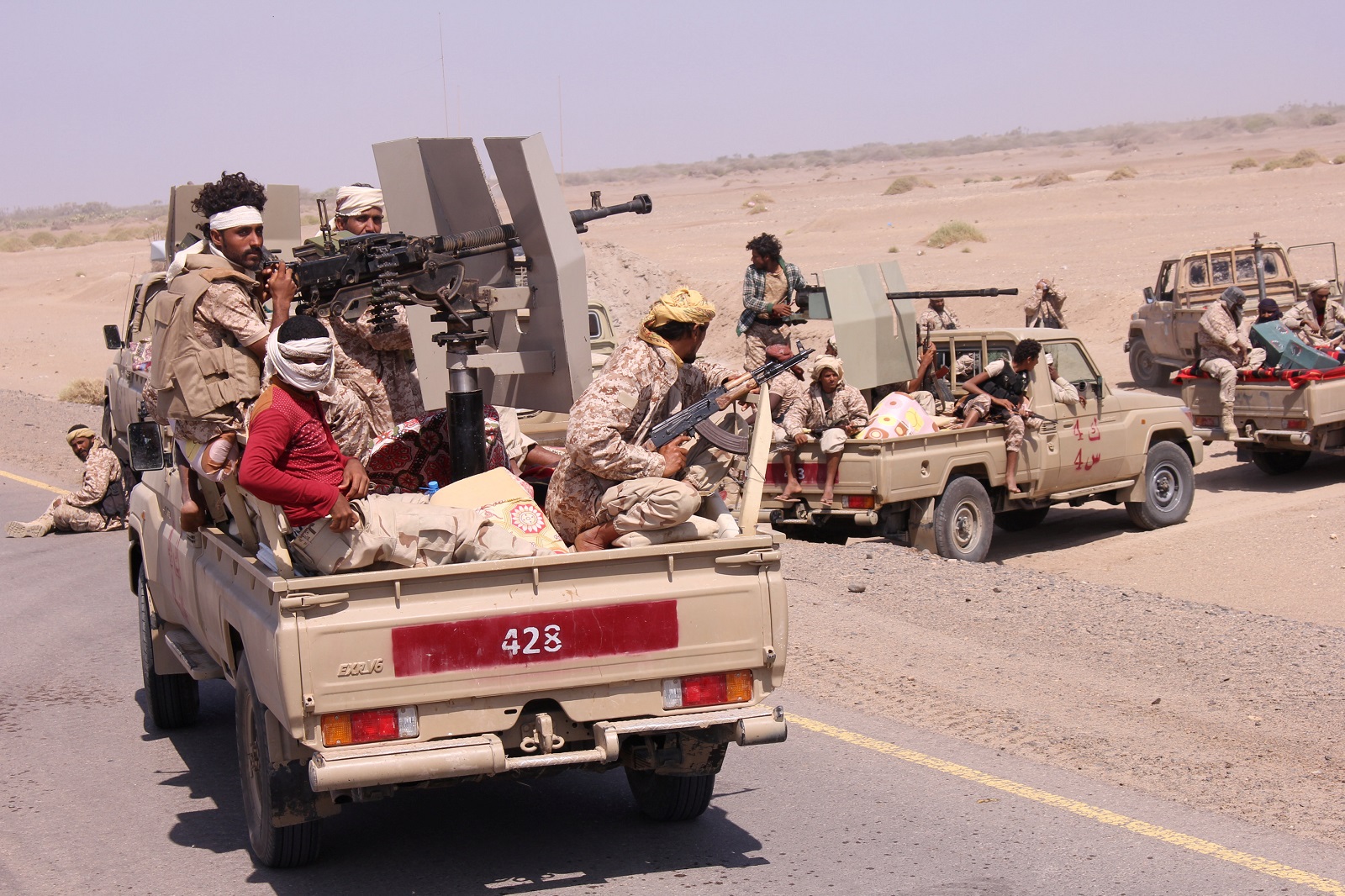 The "Coalition" carries out 19 attacks against the Houthis... and battles in Hajjah, Marib and Taiz

The Arab Coalition to Support Legitimacy in Yemen announced, on Friday, that it had carried out 19 targeting operations against the Houthi terrorist militia in the Marib and Hajjah governorates, during the past 24 hours, which led to the destruction of 13 military vehicles and human losses among the militias.

On the other hand, military sources in the forces participating in the liberation of Haradh District, Hajjah Governorate, northwest of Yemen, confirmed that the battles on the Hajjah fronts are taking place according to plan, and achieving the goals set by the leadership of the army forces and the Arab coalition.

The sources pointed out that the battles achieved their interim goals, and the final results of the battle remained as they were being worked on, and that the battle cost the Houthi terrorist militia, two "military brigades", as well as the amount of equipment that was destroyed, including marches and ballistic missiles.

The sources reported that the Arab coalition fighters formed the first deterrent, and the prominent axis in the battles of the Hajjah fronts in the districts of "Harad, Abs and Mastaba", and had a prominent role in thwarting all plans and movements of the militias in the battle to liberate Haradh, and the subsequent attrition operations of the Houthis.

On the ground, the battles continued between the Yemeni legitimate forces on the one hand, and the Houthi militia on the other hand, on the fronts east of Haradh district, and in Bani Hassan, the village of Al-Dhahr near Al-Baddah market in the Abs district, during which an attempt to infiltrate Houthi elements towards the liberated areas was thwarted, causing great losses. .

The fronts, north of Hajjah, witnessed the dropping of two booby-trapped marches of the militias, one in Haradh and the other in the Abs district, and the destruction of a number of combat mechanisms, including a tank, in raids by coalition fighters, as well as the killing and wounding of Houthi elements.

For its part, the coalition fighters launched a series of supportive raids, targeting Houthi fighting sites and mechanisms in Hajjah, Al-Bayda and Marib, causing direct casualties.

In Marib, hit-and-run battles continued on the fronts of the sandy axis between Al-Faliha, Al-Riddah, and Umm Rish, while the coalition fighters destroyed Houthi reinforcements in Al-Juba district, south of the governorate, leaving 20 dead and a number of wounded, according to field sources, noting that the operation was qualitative and accurate.

In Al-Dhalea, the Houthi militias acknowledged the killing of field commander Ahmed Hassan Al-Gharbani, nicknamed "Abu Yasser", Deputy Director of Works for Financial Affairs in the Al-Sabeen Directorate, in the Yemeni capital, Sana'a, while participating in the fighting on the fronts northwest of Al-Dhalea Governorate.

In Taiz, the battles between the two sides continued on the eastern front of the city, concentrated in Wadi Salh and al-Tashrifat, while the militias continued their bombardment of residential neighborhoods in the east of the city.

As part of the violations, the militias stormed the house of Saleh Ghaleb Al-Ahmadi, one of the sheikhs of the Al-Jaafari District in the Raymah Governorate, and tampered with its contents, under the pretext that she was a member of the local resistance in Raymah.

In Al-Bayda, the Monitoring Center for Rights and Development stated that it monitored more than 1,540 cases of violations committed by militias against civilians in the governorate last year, including murder, attempted murder, forced displacement, storming and confiscation of homes and private and public facilities, mine victims, and other crimes.