The United States, the European Union, Canada, Japan and New Zealand imposed wide-ranging sanctions on Russia after it launched an attack on Ukraine, while the Security Council voted - on Friday - on a draft resolution condemning the Russian attack. 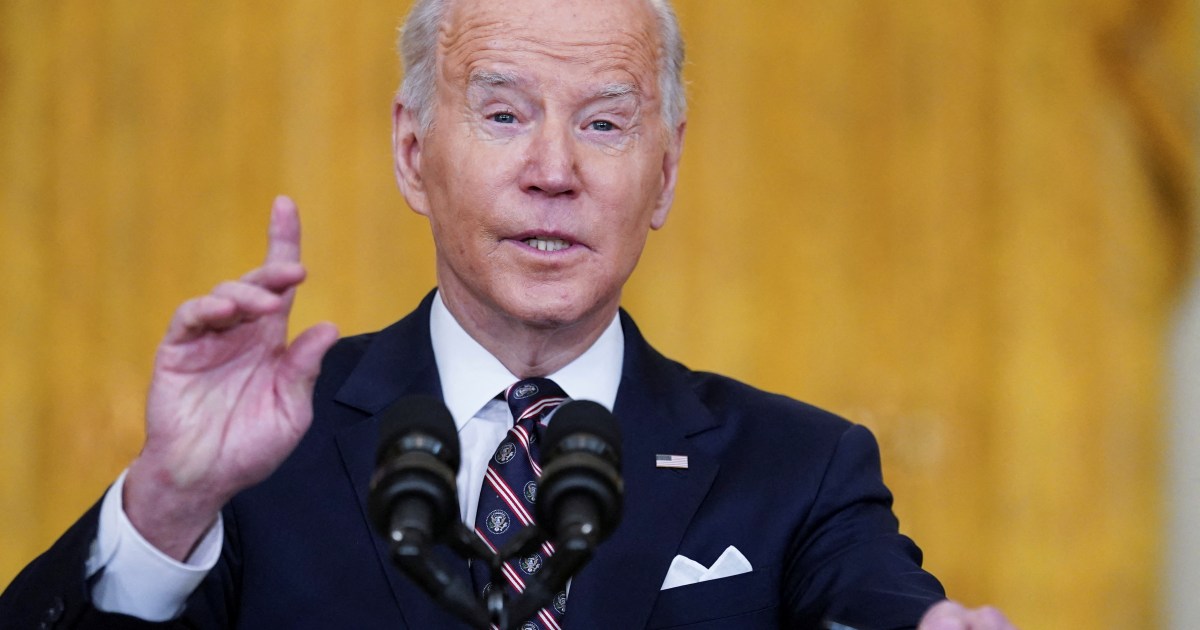 The United States, the European Union, Canada, Japan and New Zealand imposed wide-ranging sanctions on Russia after it launched an attack on Ukraine that began at dawn on Thursday, while the United Nations Security Council voted - on Friday - on a draft resolution condemning the Russian attack.

Several countries in the world have evacuated their citizens from Ukraine.

Yesterday, Thursday, US President Joe Biden said in a letter that his country had approved sanctions in coordination with the leaders of the Group of Seven (Britain, France, Germany, Italy, Canada and Japan) to undermine Russia's ability to do business in the world's major currencies, in addition to sanctions against Russian banks and state-owned companies.

Biden added that his country agreed with the leaders of the Group of Seven to limit Russia's ability to be part of the global economy, its ability to finance and strengthen its armed forces, and also disrupt its ability to compete in a high-tech economy.

Yesterday, the US Treasury (Finance) Department stated that the sanctions imposed by the United States in connection with the Russian invasion of Ukraine, include 24 people and financial, defense and security institutions in Belarus, due to the latter's support for the Russian attack on Ukraine.

A senior US official said Thursday that the Pentagon will send about 7,000 additional military personnel to Germany, in response to Russian President Vladimir Putin's decision to invade Ukraine.

The official added that the aim of the new decision, which will be made in the coming days, is "to reassure NATO allies, deter a Russian attack, and prepare to support needs in the region."

Washington had repositioned 1,000 soldiers in the Baltic states (Estonia, Latvia and Lithuania), and in Romania, which feared that the conflict would extend to its borders.

Following the reinforcements announced on Thursday, the United States will have more than 90,000 military personnel in Europe.

At their summit on Thursday, the leaders of the European Union approved a package of new sanctions against Russia, due to its invasion of Ukraine, and said that the repercussions of the sanctions on Moscow would be enormous and dangerous.

European Union leaders agreed - late on Thursday - to impose a new package of sanctions on Russia, in response to its invasion of Ukraine.

The sanctions targeted the finance, energy and transportation sectors, and the leaders of the bloc countries said in a statement that the repercussions of the sanctions on Russia would be "enormous and dangerous."

Sanctions on Russia include banning exports of dual-use goods (civilian and military at the same time), restricting the issuance of diplomatic visas, as well as banning technology exports to it, and restricting Moscow's entry into the financial markets of European Union countries.

European and diplomatic sources reported that Europe does not yet agree to excluding Russia from the "SWIFT" banking exchange system, which is necessary for making money transfers across the world, noting that Ukraine and member states of the Union demanded this matter, but some countries (such as Germany) preferred to keep this option. for a future sanctions package.

Britain also imposed sanctions on Russian banks, on some members of the inner circle of Russian President Putin, and on wealthy Russians in London.

And British media reported on Thursday that British Foreign Secretary Liz Truss expelled Russian Ambassador Andrei Klein from her office after he was summoned to the Foreign Office.

The British Sky News channel quoted sources in the British Foreign Office as saying that Truss met in her office with the Russian ambassador for 10 minutes, in order to clarify the Russian military operation in Ukraine.

"The Russian aggression against Ukraine is a threat to international security," Kishida added at a press conference, and stated that Tokyo would coordinate with the Group of Seven on future sanctions on Russian energy companies.

Yesterday, Thursday, Swiss President Ignazio Cassis said that his country (which is not a member of the European Union) would tighten its measures against Russia in the wake of its invasion of Ukraine, so that Switzerland could not be used to circumvent European Union sanctions against Moscow, but the Swiss measures would not include an immediate freezing of billions of dollars that It is kept by Russian citizens in accounts in Switzerland.

New Zealand also imposed - on Friday - a targeted ban on travel to Russia, and banned the trade of goods with its military and security forces.

New Zealand Prime Minister Jacinda Ardern said: "The world is speaking up and sending a very clear message to Russia that what they did was wrong and they will be condemned by the world."

On the other hand, the United States and Albania called for a vote in the United Nations Security Council today, Friday, on a draft resolution strongly condemning the Russian invasion of Ukraine and demanding Russia to withdraw its forces from that country immediately.

The draft resolution is under Chapter VII of the United Nations Charter, which allows the use of force to implement it, but this project is doomed to failure because of the veto that Russia itself enjoys in the Security Council as a permanent member of it, but Washington considers that Russia’s resort to using its veto It will show its "isolation" on the international scene.

Yesterday, Thursday, United Nations Secretary-General Antonio Guterres said that the organization had allocated 20 million dollars in emergency aid to the victims of the Russian invasion of Ukraine, and Shabia Manto, a spokeswoman for the United Nations High Commissioner for Refugees, said - in a statement to Agence France-Presse - that about 100,000 people were forced to leave. Their homes and displacement inside Ukraine, and that thousands of others left the country towards neighboring countries.

Ukraine asked the United Nations Human Rights Council to hold an emergency meeting to discuss the humanitarian situation in the country after the Russian invasion, which was supported by the European Union delegation to the United Nations, and the 47-nation council is scheduled to meet in the Swiss city of Geneva next Monday.

The United Nations High Commissioner for Refugees said that about 100,000 people were displaced inside Ukraine as a result of the Russian invasion of their country.

On the other hand, Turkish Foreign Minister Mevlut Cavusoglu said yesterday, Thursday, that preparations for the process of evacuating his country's nationals from Ukraine have been completed, noting that there are facilities from Romania, Poland and Moldova in land evacuations.

The Chinese Embassy in Ukraine said that flights are being organized to evacuate its citizens who wish to leave the country.

The embassy began the process of registering those wishing to leave Ukraine, explaining that it will stop on Sunday, without giving details about the date of the flights.

Yesterday, Thursday, Tunisian President Kais Saied said during a cabinet meeting that a number of Tunisians residing in Ukraine are being evacuated across the land border to Poland, and Iranian media reported that the Iranian airline is preparing to send special flights to Ukraine, to evacuate Iranian citizens.