Ahead of today's TV debate, there was also a tense battle in the National Assembly. At the plenary session of the Legislative and Judiciary Committee, the opposition and opposition parties were fighting against each other. Correspondent Koh Ji-hyun. 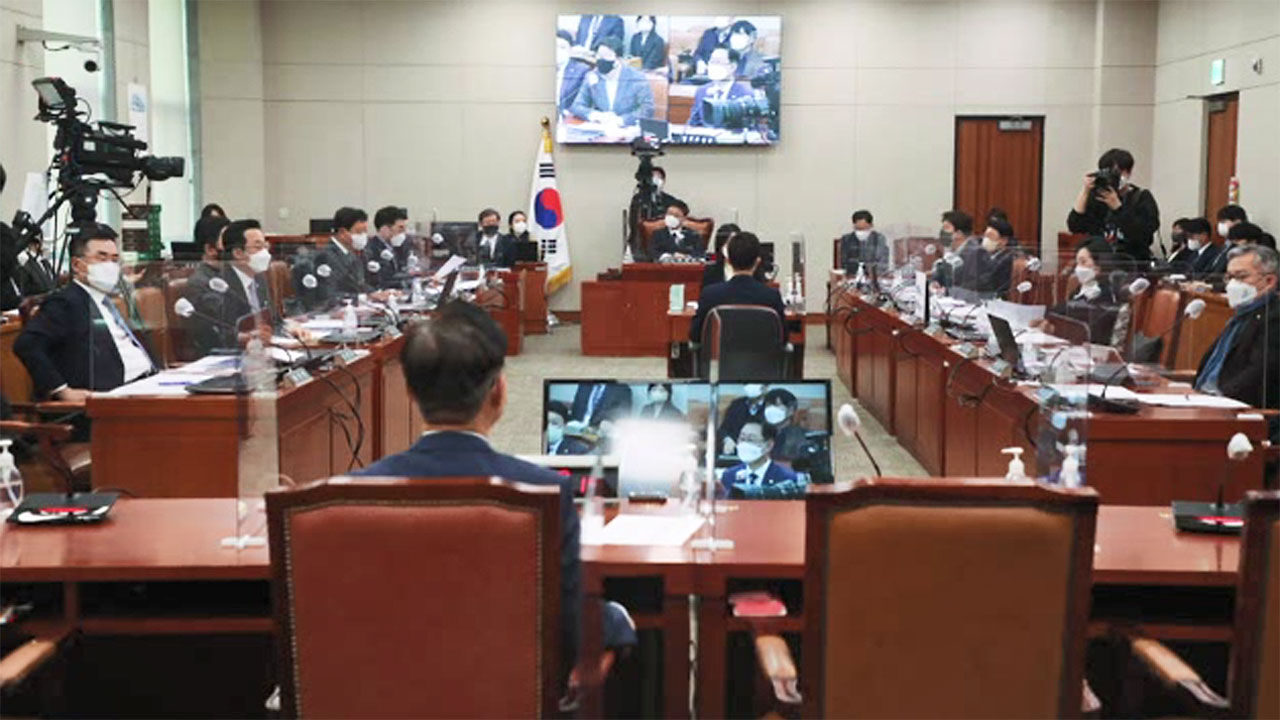 Ahead of today's (25th) TV debate, there was a tense battle in the National Assembly as well.

At the plenary session of the Legislative and Judiciary Committee, the opposition and opposition parties were fighting against each other.

At the beginning of the meeting, lawmakers from the ruling and opposition parties focused on the theory of responsibility for the Daejang-dong incident.

The Democratic Party blamed Yoon Seok-yeol, the People's Power candidate, who watched the bad loan case of the Busan Savings Bank, which provided the seed money.

[Kim Yong-min/Democratic Rep.: (Busan Savings Bank Broker) When Jo Woo-hyung went to be investigated, he also secured a statement saying, 'At the time, Yoon Seok-yeol, the 2nd division manager, made me a mixed coffee'.

Even the mayor of Seongnam was the culprit

at the time, when People's Power was designed to give an astronomical benefit to the implementation company, and it aimed at Democratic Party candidate Lee Jae-myung.

[Kwon Seong-dong / People's Power Rep.: Shamelessly, the main culprit in the Daejang-dong case is not him, but Yoon Seok-yeol?

The confrontation between the ruling and opposition parties continued in the case of Deutsche Motors stock price manipulation.

The Democratic Party pressured that an investigation by the prosecution was inevitable, saying that it was revealed that the spouse of candidate Yoon Seok-yeol, Kim Gun-hee, worked as a director of Deutsche Motors.

[Choi Kang-wook / Democratic Party member: The data submitted by him as a director came out.

Then can it be said that the director of Deutsche Motors has nothing to do with insider trading, common sense.]

The public's power was countered that it would be unreasonable to link public relations assistance with part-time, non-remuneration, and stock price manipulation, and that the prosecution could not identify the proceeds of crime.

[Yoo Sang-beom/People's Power Rep.: The important thing is that the price adjustment was made, but in this (Deutsche Motors Chairman Kwon Oh-soo) indictment, it is not even stated who received how much profit.

] The People's Power even urged the public to read the judgment of candidate Lee Jae-myung in the case of impersonation of a prosecutor.