Missed return for Novak Djokovic in Dubai: the Serb, beaten in the quarter-finals of the tournament by the Czech Jiri Vesely, will give up his place of world N.1 on Monday to Russian Daniil Medvedev. 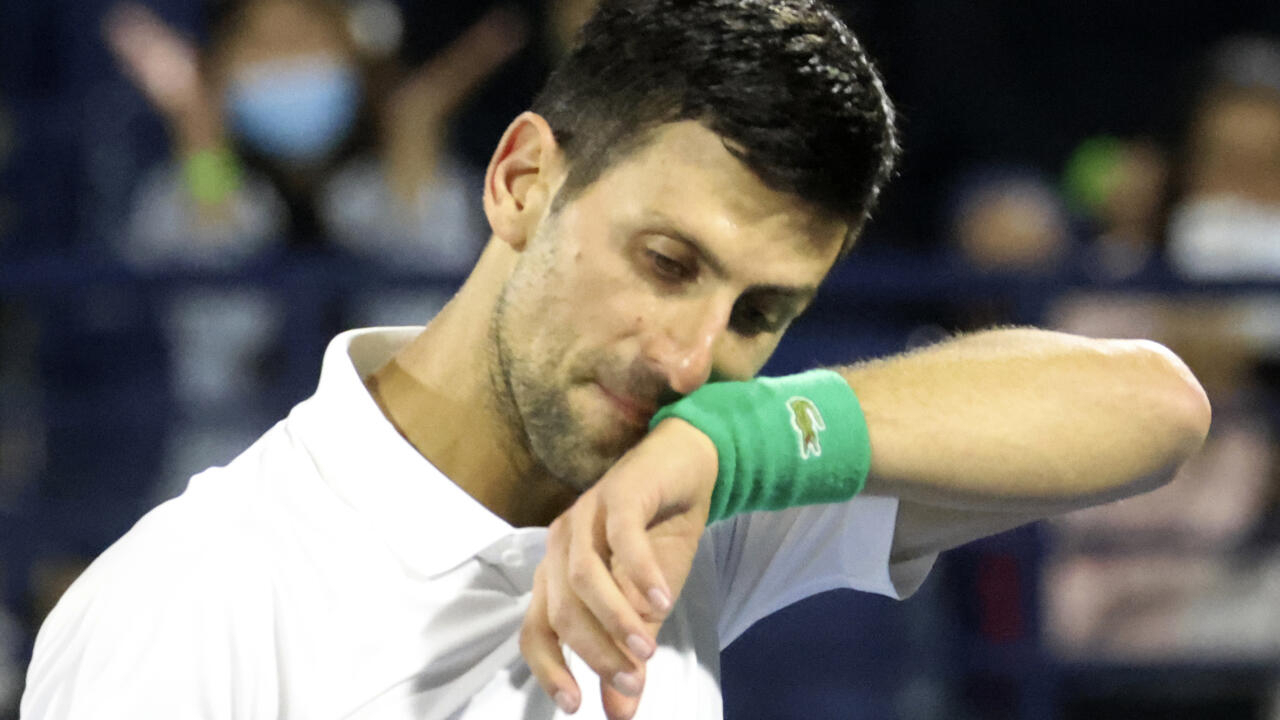 Dominated in two sets 6-4, 7-6 (7/4), by the 123rd player in the world, Djokovic will therefore not have managed to find the courts with a title at stake, a month after his expulsion from Australia where he had not been able to defend his chances in the Grand Slam, not being vaccinated against Covid-19.

In his forced absence in Melbourne, Rafael Nadal had won a 21st major trophy, unheard of for men, then surpassing his rivals Federer and Djokovic by one unit.

The 34-year-old Serb had already won the trophy five times in the United Arab Emirates but was only playing his first tournament since December and a loss in the Davis Cup semi-finals in Madrid with Serbia ahead of Croatia.

Upon his arrival in Dubai, where a vaccine was not compulsory to play, "Djoko" no longer even had his destiny in hand to keep the place of world No.1 than the Russian Medvedev, finalist of the last Australian Open , will therefore delight him on Monday when the new ATP ranking is made official thanks to his qualification for the quarter-finals in Acapulco, a tournament played simultaneously with that of Dubai.

Russian Daniil Medvedev, after his victory over Spaniard Pablo Andujar, in the round of 16 of the ATP tournament in Acapulco, February 23, 2022 PEDRO PARDO AFP

For the first time since 2004, the ATP throne will therefore escape one of the members of the "Big 4", namely Djokovic, Roger Federer, Rafael Nadal and Andy Murray.

The Serb will have taken the record for weeks spent at the top of the men's tennis hierarchy to 361, before Medvedev took it.

Medvedev, for his part, will become the third Russian N.1 in the world after Yevgeny Kafelnikov and Marat Safin.

Vesely, who came from qualifying, has won five games in Dubai since the start of the week, to reach his first semi-final on the main circuit since the Pune tournament in 2020.

"I really didn't think I had a chance against Novak, he's one of the best players of all time, maybe the best. After everything I went through last year, it's unbelievable, I can't even tell you how I feel," he said.

"We have a new world N.1, it's also good for tennis. Novak loses his place but that doesn't take anything away from what he has done, tennis needs new faces, a new generation. “, added Vesely, 28, who will next face Denis Shapovalov or Ricardas Berankis.

Vesely broke his opponent from the start, before losing his advantage when the Serb returned to the charge.

But relying on an impeccable serve, the Czech regained the lead and won the first set after 47 minutes.

In the second set, Vesely broke again in game seven, but faltered as he served for the win, giving Djokovic the opportunity to come back at 5-5.

Pushed to the decisive game, the 123rd in the world quickly led 3-0 in the tie-break, to finally win in two hours one of the greatest victories of his career, against the five-time winner of the tournament.