Moroccan justice has confirmed on appeal a severe five-year prison sentence against the independent journalist Soulaimane Raissouni, for "sexual assault", an accusation that he... 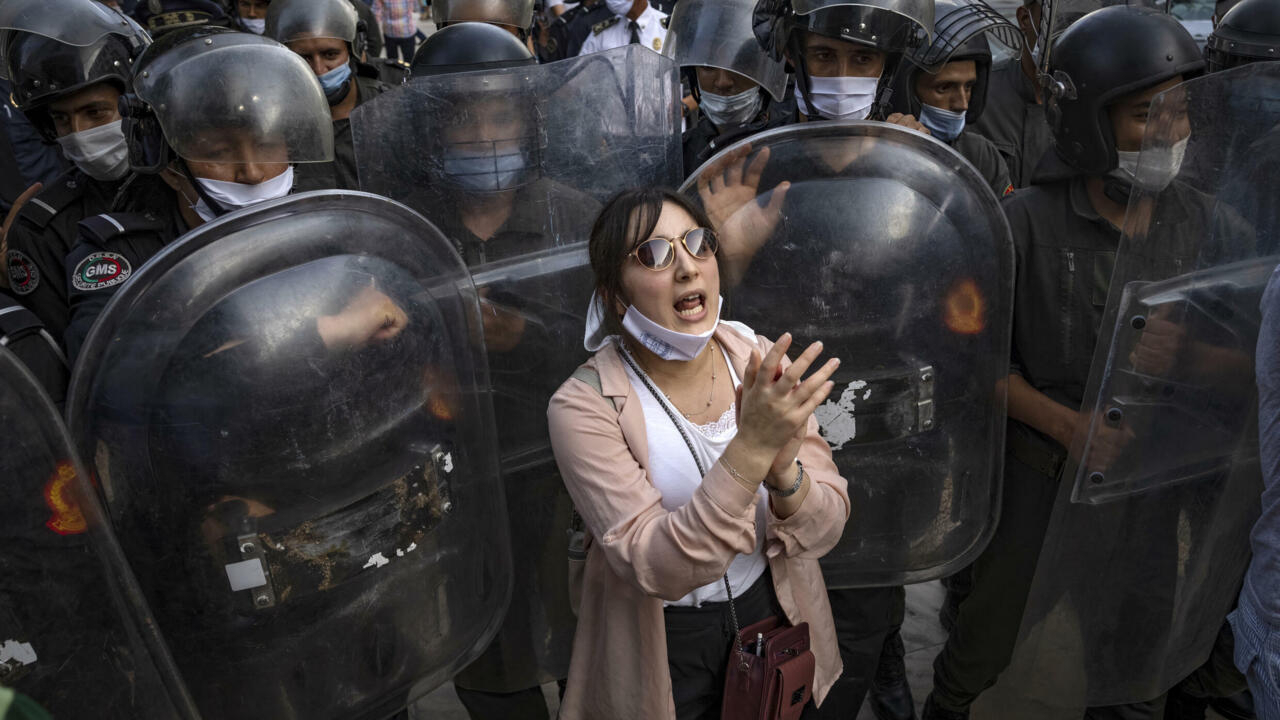 "This judgment is proof that we want revenge on Mr. Raissouni. We are very disappointed, we expected him to be cleared of all the flaws exposed throughout the trial," he said. declared at the exit of the Court of Appeal of Casablanca his counsel, Me Miloud Kandil, to AFP.

The journalist's defense immediately decided to appeal in cassation, following a hearing that lasted eight hours.

As in the first instance, the prison sentence is accompanied by damages of 100,000 dirhams (about 9,500 euros) in favor of the plaintiff.

The verdict was greeted by supporters of Mr. Raissouni - who had filled a packed courtroom - with cries of "unfair trial".

"Soulaimane rest assured, we will continue the fight," they promised.

A Moroccan activist chants slogans during a demonstration demanding the release of Moroccan journalist Soulaimane Raissouni, in the capital Rabat, on July 10, 2021 FADEL SENNA AFP/Archives

Mr. Raissouni, a 49-year-old columnist, known for his critical tone vis-à-vis the authorities, was accused of "sexual assault" by a young LGBTQ activist, a charge he has always rejected in court, claiming to be prosecuted "because of his opinions".

He was liable to a maximum sentence of ten years in prison.

Indecent assault with violence "is punishable by five to ten years' imprisonment", according to the Moroccan penal code.

"We are not satisfied even if the damages have been confirmed. This amount cannot do justice to a person who has been the victim of sexual assault," said civil party lawyer Aïcha El Guellaa. .

The investigation had been opened following a publication on Facebook in which the accuser accused, under a pseudonym, Mr. Raissouni of having sexually assaulted him.

The complaint was also based on a recorded conversation – but not broadcast during the trial – and exchanges on the Messenger messaging system.

Before the court, the complainant reiterated his version of the facts and explained that he "suffered psychological repercussions following the attack".

For his part, the former editor of the newspaper Akhbar Al Yaoum and his lawyers have repeatedly castigated the "flaws" of the file.

"This case is peppered with the plaintiff's lies. Throughout the legal process, he contradicted himself", argued Mr. Raissouni, listing point by point these "contradictions" at the bar.

The prosecution considered that the evidence of Mr. Raissouni's guilt was "irrefutable".

Arrested in May 2020, the journalist had not attended most of his first instance trial - between February and July 2021 - due to a 122-day hunger strike.

His support committee in Morocco castigated a trial "of a political and revengeful nature".

Reporters Without Borders (RSF) pleaded for the journalist - committed to defending press freedom - to be released pending "a fair trial".

For the Moroccan authorities, Mr. Raissouni benefited from a "fair" trial and these prosecutions "have nothing to do with his journalistic work".

Two other Moroccan journalists, Omar Radi and Taoufik Bouachrine, were sentenced to heavy prison terms for sexual assaults which they deny.

Mr. Radi, whose appeal trial is in progress, is also accused of "espionage".

On Wednesday, in another controversial procedure, the lawyer and former Minister of Human Rights, Mohamed Ziane, was sentenced to three years in prison following a complaint filed against him by the Ministry of Interior.

However, he was released.