Uddevalla municipality does not receive new deliveries of road salt in at least one week. At the same time, winter road conditions prevail. Now the municipality is forced to ration the donors to get the salt enough. - We were a bit taken to bed, says unit manager Fredrik Stengavel. 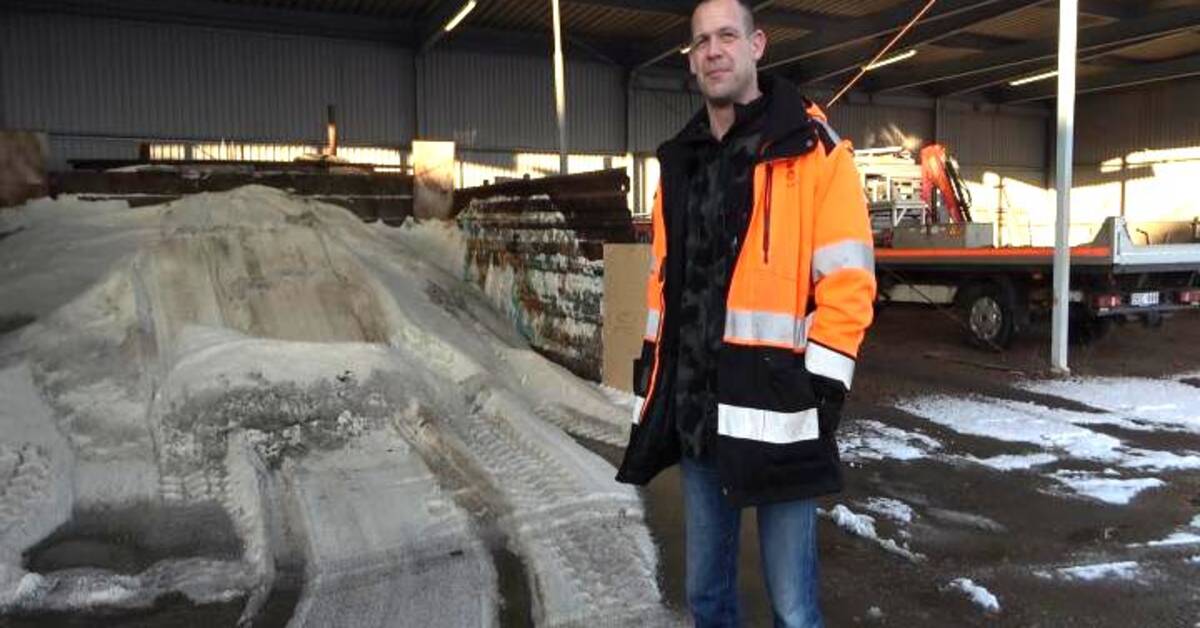 In the clip, Fredrik Stengavel shows the dwindling layer of road salt in Uddevalla.

Fredrik Stengavel was informed that there would be no new delivery of road salt on Tuesday.

The remaining stock of around 50 tonnes will probably suffice if the temperatures stay above zero.

But the margins are small.

- Last weekend when there was ice on the roads, it took about 80 tons of salt, he says.

The road salt in Uddevalla comes mainly from Germany, Belgium and the Netherlands and is shipped to Swedish ports and then transported to a majority of Sweden's municipalities.

According to the supplier, the recent stormy weather has caused delays in the entire supply chain and they are working hard to catch up.

Now Uddevalla municipality will ration on the remaining road salt to avoid going over to gravel roads.

- If we have to gravel, there will be a great risk of stone chips and a lot of extra work to get rid of the gravel afterwards, says Fredrik Stengavel.