As the presidential election approaches on the 13th, the steps of the opposition candidates are accelerating. Democratic Party candidate Lee Jae-myung campaigned in North Chungcheong Province and Gangwon, and People's Strength candidate Yoon Seok-yeol campaigned in Suwon, Gyeonggi Province. 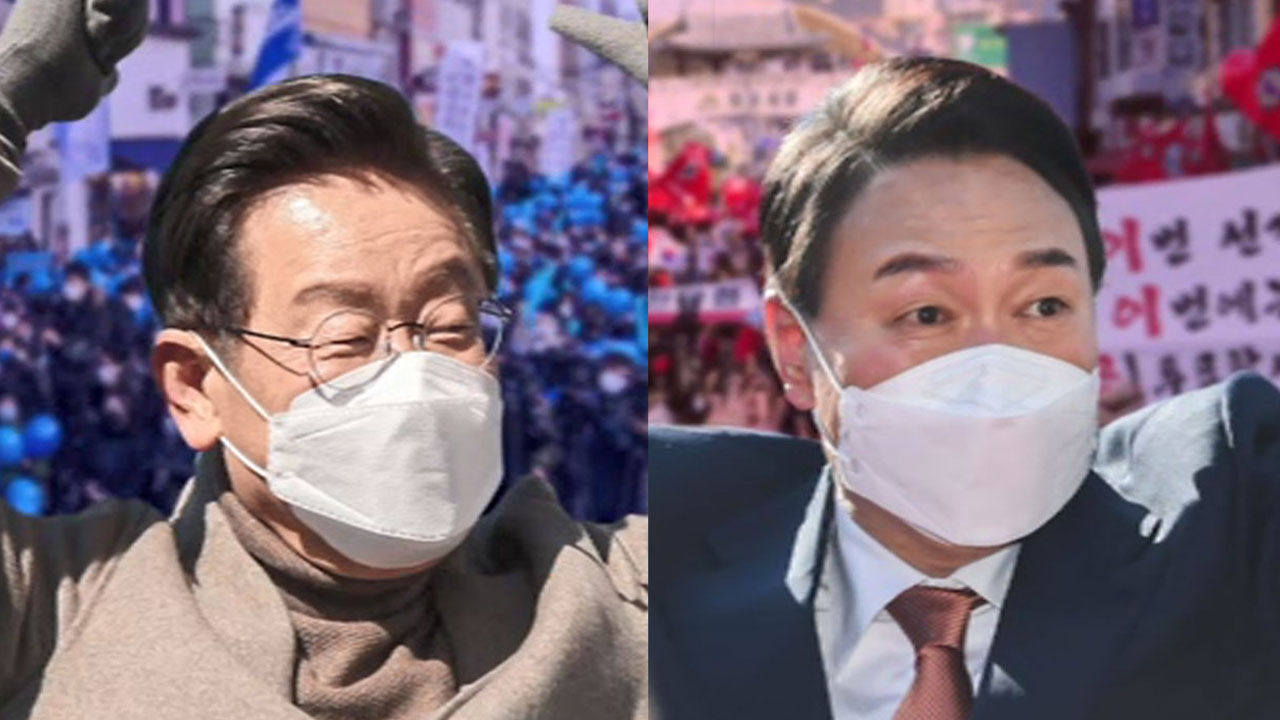 As the presidential election approaches on the 13th, the steps of the opposition candidates are getting faster.

First of all, this is reporter Son Hyeong-an.

On the second day of the Chungcheong-do campaign, Democratic Party candidate Lee Jae-myung visited Chungju, the hometown of his spouse, and made a big bow.

He even sang directly in the hospitality of the residents, and promised to provide reliable help to his in-laws rather than buying them.

People's Power candidate Yoon Seok-yeol is heightening the crisis of war with his remarks about the preemptive strike and deployment of THAAD, and he emphasized that he will become a president who saves peace and the economy.

[This is the uppercut of victory, everyone!]

Candidate Lee Jae-myung, who attacked himself as a war theorist, counterattacked that this election was a confrontation between an ignorant anti-constitutional force and a constitutional defender.

[Yoon Seok-yeol/People's Power Presidential Candidate: Democracy with their mouths only, but these people's way of thinking is immersed in anti-Americanism, pro-China and pro-North Korea.

Wearing a bungeoppang hat that inherits the spirit of the martyr Jeon Tae-il who bought grass bread for female workers, he promised to enact a new labor law and introduce a four-day workweek system that also targets businesses with fewer than five employees and specially hired workers.

[Sim Sang-jung / Justice Party presidential candidate: By promoting the four-day workweek and the new labor law at the same time, all workers in Korea are given equal labor rights.]

[Ahn Cheol-soo/People's Party Presidential Candidate: I came here to succeed in the spirit of Mr. Ahn Chang-ho and to prepare for national unity.]

Candidate Ahn did not hold a special campaign schedule other than attending today's party election meeting.