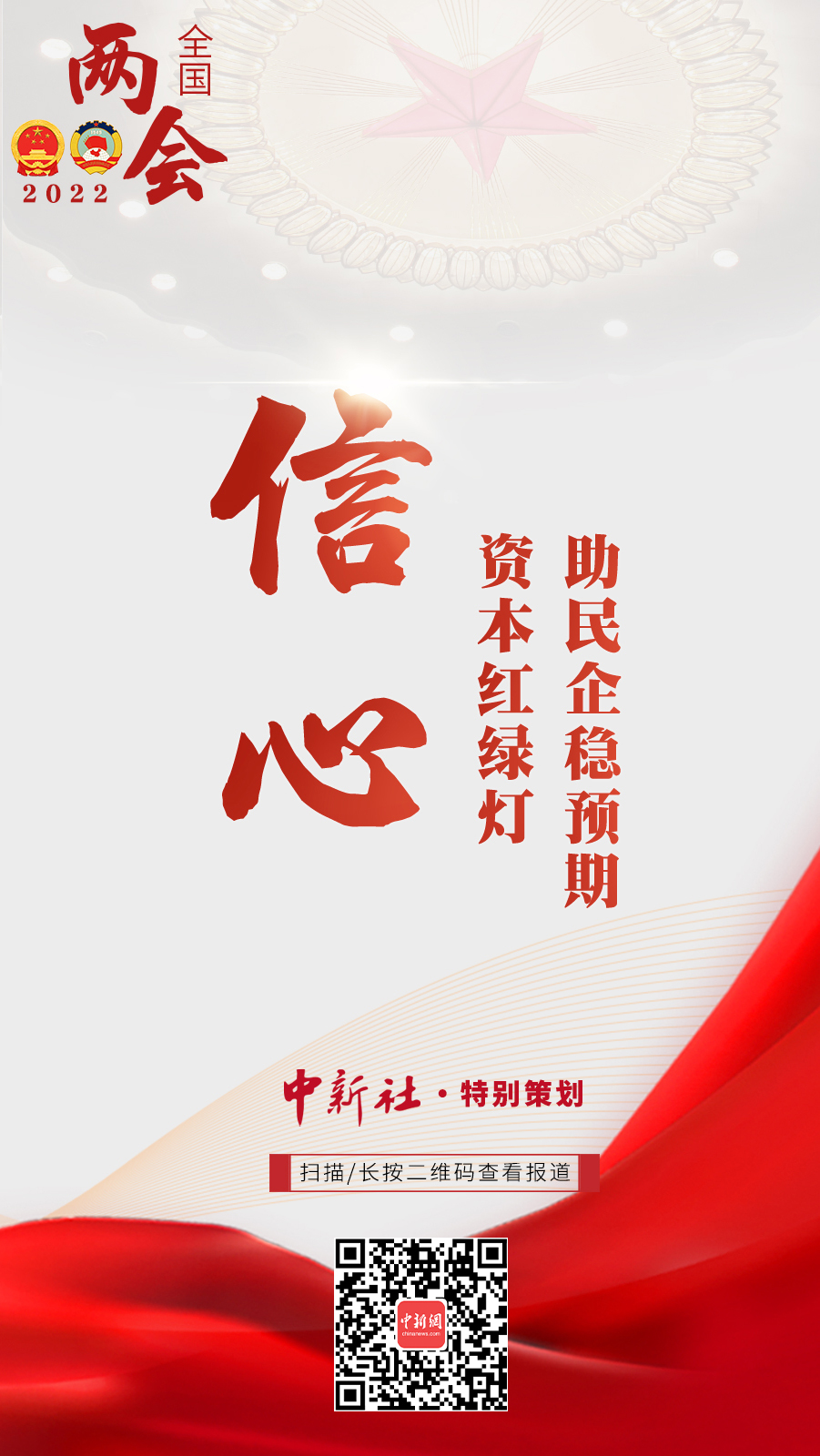 From strengthening anti-monopoly to setting "traffic lights" for capital, the signal of China's strong supervision in 2021 has attracted great attention from all parties.

The National Two Sessions will be held in 2022. What will be the direction of the regulatory policies related to the private economy, and what suggestions will be put forward by the representatives from private enterprises? One of the highlights.

Industry insiders believe that capital "traffic lights" are not restrictive measures but normative measures. With the clarity of behavior boundaries, it will help the private economy to form stable development expectations and participate more actively in competition.

Contribute more than 50% of tax revenue, more than 60% of GDP, more than 70% of technological innovation achievements, more than 80% of urban labor employment, more than 90% of the number of enterprises, and the healthy growth of the private economy is for the overall Chinese economic development. critical.

In the past few years, the emergence of pressures such as epidemic prevention and control has put many private enterprises in a difficult environment. Some small and medium-sized enterprises are also faced with the problems of rising operating costs, increasing accounts receivable, and difficult and expensive financing. With the implementation of regulatory and anti-monopoly policies, some different views on the development prospects of the private economy have emerged.

The 2021 Central Economic Work Conference emphasized that it is necessary to boost the confidence of market players, further promote the implementation of fair competition policies, strengthen anti-monopoly and anti-unfair competition, and ensure fair competition with fair supervision.

It is necessary to set "traffic lights" for capital, strengthen effective supervision of capital in accordance with the law, and prevent the savage growth of capital.

Regarding concerns about "whether this move is intended to restrict the development of the private economy", many experts emphasized in an interview with a reporter from China News Agency that historical experience at home and abroad has shown that strong supervision and anti-monopoly have never been a "stumbling block" for anti-innovation, and more It is not anti-development, but to allow more companies to participate in entrepreneurship and innovation, and ultimately to achieve high-quality economic development and people's high-quality life.

Huang Jin, deputy director of the International Economic Law Research Office of the Institute of International Law of the Chinese Academy of Social Sciences, pointed out in an interview with a reporter from China News Agency that using anti-monopoly to solve market failures can effectively prevent and regulate monopolistic behavior in the micro economy, maintain the order of fair market competition, and ensure that The legitimate rights and interests of consumers are very necessary.

Liu Xiaochun, executive director of the Internet Legal Research Center of the University of Chinese Academy of Social Sciences, also said that although the central government has released a strong signal of anti-monopoly, it also clearly encourages enterprises to innovate and develop in compliance with laws and regulations.

"The basic position of the central government is to support innovation and development, and support platforms to enhance international competitiveness, but this development must be based on norms and prevent expansion by taking advantage of monopoly positions and unfair competition."

From the perspective of business operators, the central government has set up "traffic lights" to clearly delineate the boundaries between legal and illegal, speed up the improvement of anti-unfair competition laws and regulations, improve the multi-level competition supervision rules system, clarify the bottom line of the rules, and provide market players with a clear It is expected that it can play a better role in promoting scientific and technological progress, prospering the market economy, facilitating people's lives, and participating in international competition.

In an interview with the media, Liu Xu, a special researcher at the National Institute of Strategic Studies of Tsinghua University, said that for enterprises, strengthening anti-monopoly is a challenge and an opportunity. Going to overseas markets to expand; strengthening anti-monopoly enforcement can make Chinese companies operate more legally and compliantly and enhance their competitiveness.

Confidence is more important than gold.

Every time we revive economic development, it is an important step to enhance confidence in the market and stimulate market vitality.

The private economy has played an important role in stabilizing growth, promoting innovation, increasing employment, and improving people's livelihood. It is a key issue to boost the confidence of the majority of private enterprises and maintain their positive expectations for the Chinese economy.

All parties will wait and see what important proposals and proposals will be put forward by deputies to the National People's Congress and members of the National Committee of the Chinese People's Political Consultative Conference at the upcoming 2022 National Two Sessions, and what forward-looking policy measures China will introduce.