"Like a Trump meeting": diving into the social network of Trumpists 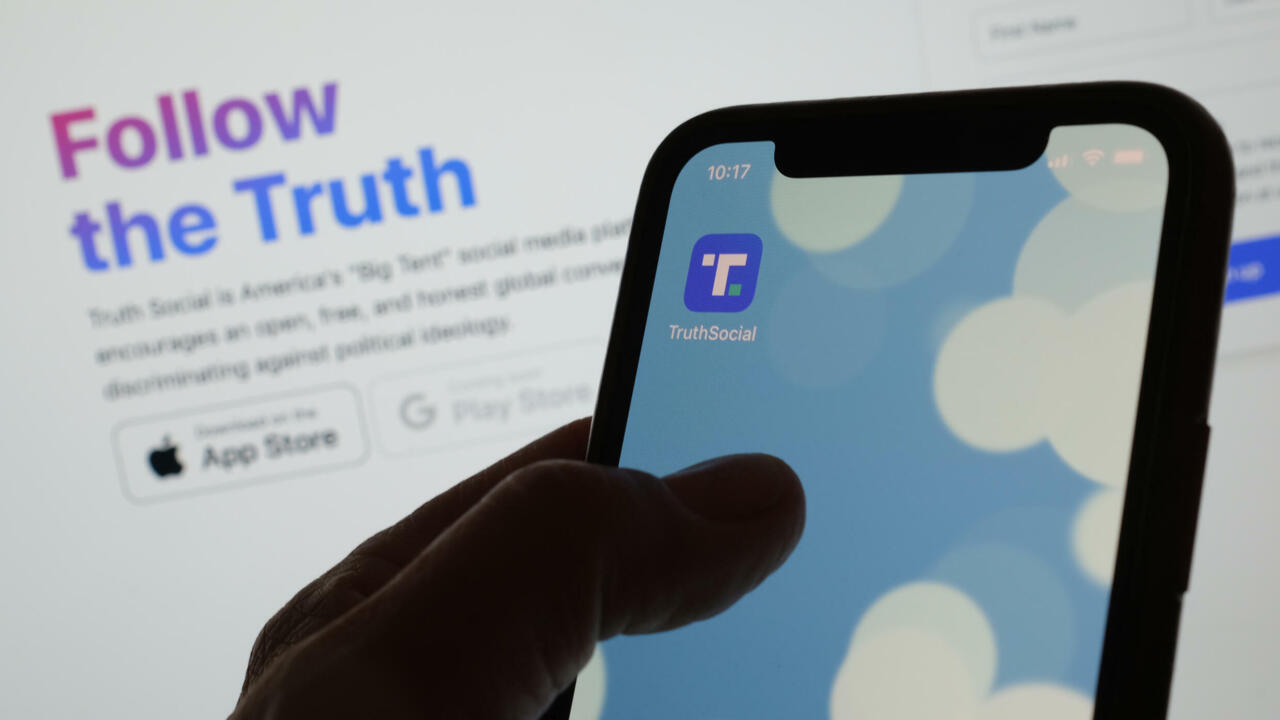 At first glance, the platform whose name means "truth", and which is defined as a "big tent" for ideas, focuses above all on the obsessions of the Republican billionaire who never recognized his defeat in the 2020 presidential election.

"Truth Social is like a big Trump rally in 2016. Come on!" tweeted Wendy Rogers, Senator from Arizona.

"I say things in all their Truth," she added.

You still have to be able to get there: many potential users cannot because of computer bugs.

On Wednesday, two days after the public activation of the application on Apple, the waiting list had grown to around 500,000 people.

Before being banned from Twitter, Donald Trump had some 89 million subscribers there.

He spoke to them every day, alternating between presidential announcements and attacks on his political enemies.

A year later, and before the crucial midterm legislative elections, he hopes to find a megaphone again - and his supporters hope that he will run for the White House again in 2024.

RightForge, the internet infrastructure company that hosts "Truth," said in the fall that it expected the network to eventually have more than 75 million users.

Fake news in the spotlight

Users can scroll through "truths," the name of posts on the interface, which has a design resembling that of Twitter or Instagram.

A "meme" (humorous image on the internet) shows, for example, Joe Biden wearing a turban on his head and a grenade launcher on his shoulder, with a caption glorifying the Taliban, in reference to the withdrawal from Afghanistan.

There is also a lot of the formula "Let's Go Brandon", an insult to Joe Biden which has become a rallying cry for supporters of the ex-president.

Many messages of course evoke the "fake news" supposedly peddled by the mainstream media.

One of them even criticizes them for not having relayed false information about the death of the Queen of England.

Truth advertises itself as a forum "for freedom of thought and to share ideas".

Donald Trump and the American right accuse social networks of dismissing the views of conservatives, even if the same elected officials use it to get their messages across.

Twitter and Facebook have repeatedly imposed sanctions on personalities who relayed false information deemed dangerous, in the context of the Covid-19 pandemic for example, or risking influencing a democratic election.

Yes to trolls, no to slander

"Truth Social allows content that is + inappropriate for work + and + trolling +", the phenomenon of artificially creating controversy online, according to the rules of the platform.

The minimum age is 18, and the content appears in chronological order, instead of the 13 years required on most major networks and the personalized selection by algorithms, two characteristics often criticized by some elected officials and NGOs.

On the other hand, the rules prohibit contributions that are "obscene, lewd, filthy, violent, libelous, defamatory, harassing or otherwise objectionable".

"We want to be family-friendly," Devin Nunes, head of Trump Media & Technology Group (TMTG), the parent company of the new network, told Fox News in January.

In the past, Donald Trump himself has been repeatedly accused of lying, slandering and inciting violence on the networks.

The processing of his messages and those of his supporters will therefore be closely monitored.

At this stage, an AFP journalist failed to access the profile of the former reality TV star and TMTG did not respond to various requests.

"The time for truth has come," tweeted Donald Trump Junior, the ex-president's son, last week, along with a screenshot of a message from his father on the network: "Be prepared! Your favorite president will soon receive you".