The Supreme Court magistrates who supported revising the pardons: "The crimes affected each and every one of the Spaniards"

The pardons of the procés remained without the judicial examination of the Supreme Court by three votes to two. The High Court reported in January that all appeals had been inadmissible... 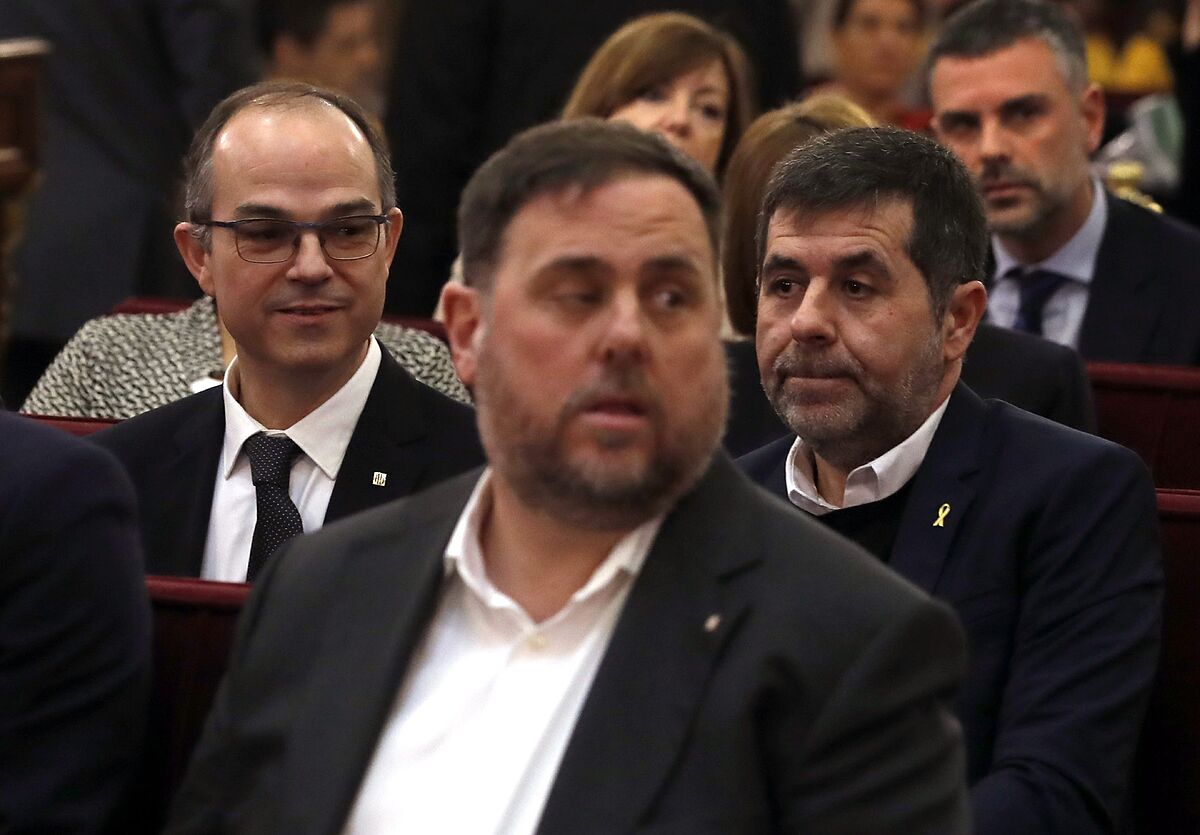 The pardons of the

remained without the judicial examination of the Supreme Court by three votes to two.

The High Court reported in January that all appeals had been inadmissible due to the lack of legitimacy of those challenging the decision of the Council of Ministers.

Yesterday, the Contentious-Administrative Chamber communicated the full sentence and the extensive private vote.

The three magistrates of the majority agreed that in previous similar cases the Supreme Court had made it clear that in order to appeal for a pardon it was necessary to be directly affected by the decision.

And that was not the case of any of the appellants: Vox, Popular Party, Catalan deputies from Ciudadanos and the PP, the former Government delegate in Catalonia Enric Millo and the Catalan Civic Coexistence and Pro Patrimonium Sijena and Jerusalem associations.

Faced with this thesis, Judges

maintain in their vote that a thorough study of pardons should have been entered into, regardless of whether they were validated or annulled in a sentence or even resolved then, but not before, that no appellant met the criteria to be so.

Both the 20 pages of the sentence and the 50 of the dissenting ones focus on the technical examination of how the law regulates the legitimacy to appeal decisions of the Administration.

It is easy to disagree with the conclusions, because, as the dissenting vote begins, "there is no darker matter in the procedural field of Procedural Law than legitimation and the regulation made by our Legislator offers more shadows than lights."

The two dissenting magistrates summarize their vote in three ideas: that the legitimacy must be examined in the sentence, because it requires an examination of the merits of the matter;

that "only in exceptional cases" can it be appreciated before the judgment and, third, that this is not one of those cases.

or rather it is, but in the opposite direction: it is an exceptional case that required a broad interpretation of the standing to appeal.

And it was exceptional, say the two magistrates, because the pardoned crimes "are exceptionally serious", a seriousness "that is not comparable with what the thousands of crimes that have been pardoned in Spain could have had."

They add that the crimes, which were also committed by those who had a great "social leadership" and "important institutional responsibilities", had a "very important repercussion in the different spheres of national life, with projection of its effects at the international level".

This extraordinary impact was also had by the pardons themselves.

"The indicated crimes, insists the individual vote, "did not affect only one person or a small group of people in the area of ​​Catalonia.

They had as passive subjects each and every one of the Spanish citizens, as holders of national sovereignty.

All this should have led to "extreme precautions" when examining the standing of the appellants and not rejecting their appeals from the outset, without examining the matter in depth.

The ruling of the majority, for its part, upheld the request of the State Attorney that the appeals be dismissed from the beginning due to lack of legitimacy to oppose the granting of pardons.

"The legitimate interest is thus delimited, case by case,... depending on whether the intended annulment of the contested administrative activity 'supposes a specific benefit or the avoidance of a singular harm [to the appellant]", say the Judges

-president of the Section-,

"This advantage must be concrete and effective [...]. It is not enough, as a general rule, to obtain the benefit of a civic nature that comes with compliance with the law," they add, reproducing some of the 70 previous sentences of the high court that, in his opinion, support his thesis.