Crisis in Ukraine: Valérie Pécresse positions herself as a stateswoman

The Ukrainian crisis invites itself into the French presidential campaign. Valérie Pécresse met this Wednesday February 23 the ambassador of Ukraine. An attempt for candidate LR, in difficulty… 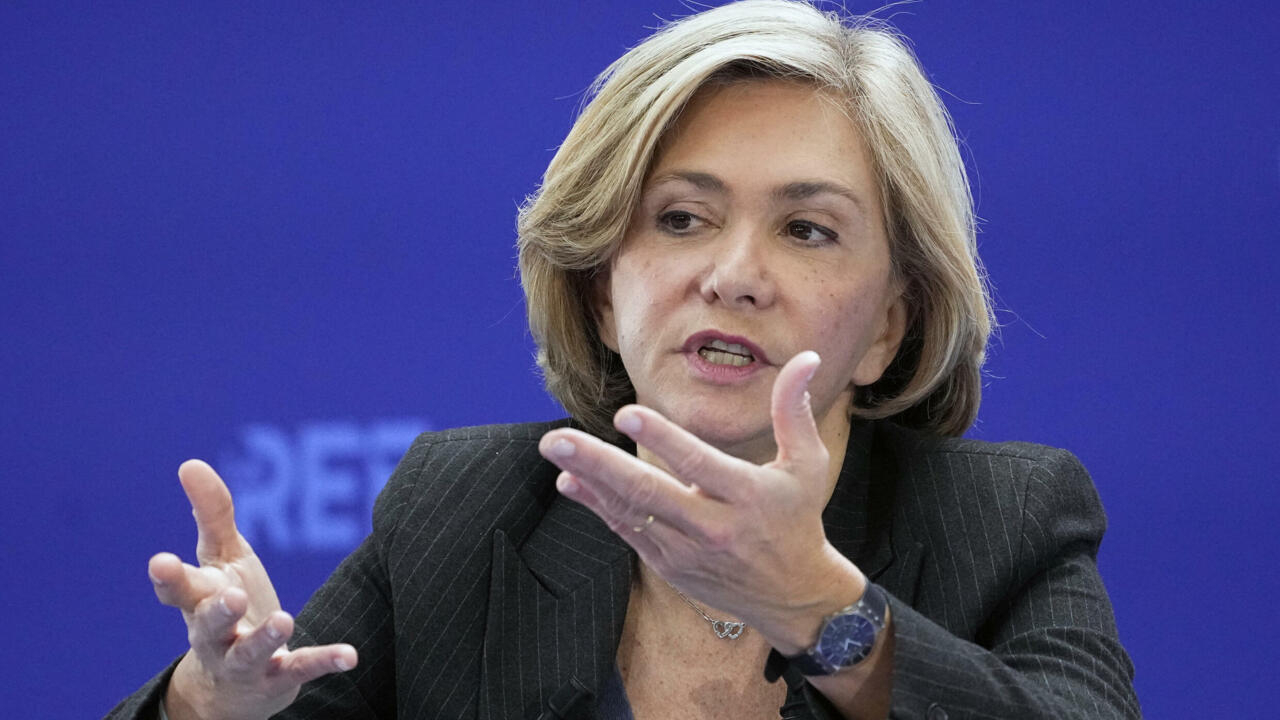 Crisis in Ukraine: Valérie Pécresse positions herself as a stateswoman

The French conservative candidate for the presidency Valérie Pécresse during a meeting with the Medef in Paris, February 21, 2022. AP - Michel Euler

The Ukrainian crisis invites itself into the French presidential campaign.

Valérie Pécresse met this Wednesday February 23 the ambassador of Ukraine.

An attempt for candidate LR, struggling in the polls, to reboost her campaign.

Leaving the Ukrainian Embassy, ​​after 30 minutes of diplomatic talks, Valérie Pécresse puts on her presidential clothes in search of the right tone to speak internationally.

The ambassador told me of his very great concern.

So I obviously reassured him of France's support

Valérie Pécresse as a stateswoman, at the height of international issues.

She too would have "

" with Vladimir Poutine and therefore joins the position of Emmanuel Macron.

Valérie Pécresse also takes the opportunity to attack the candidates who do not frankly condemn, like her, the Russian president.

In his viewfinder, Marine Le Pen, but above all the one who competes the most in the polls,

r, who recently declared that “

Vladimir Poutine only defends his interests

For me, being aligned with Putin's positions is not France standing up, it's not France Gaullienne, it's France on its knees

Behind this meeting with the Ukrainian ambassador, a goal for Valérie Pécresse: to remind the right-wing electorate that in the presidential match, she is the strongest candidate against Emmanuel Macron.

To read also: Presidential in France: on the Côte d'Azur, between Pécresse and Zemmour, the hearts of right-wing voters swing