A prisoner died inside an Egyptian prison without informing his relatives, who discovered the news of his death by chance during his scheduled visit, a week after his death in prison and his body was transferred to a hospital. 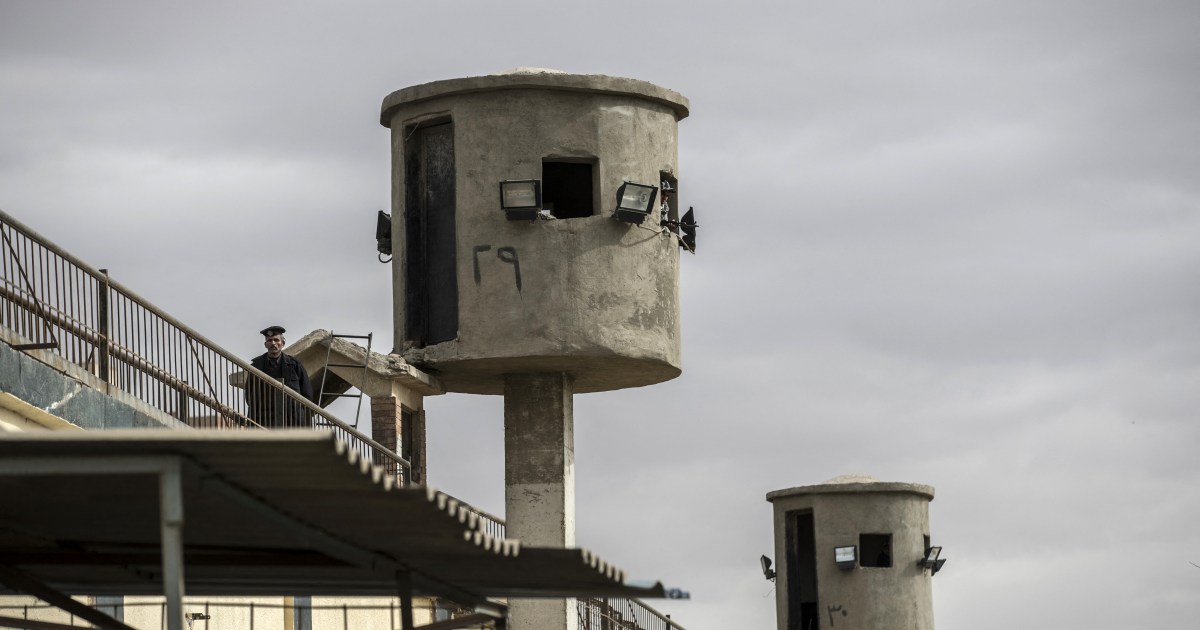 In an incident described by human rights activists and activists as “unfortunate and inhuman,” a prisoner died inside an Egyptian prison without informing his relatives, who discovered the news of his death by chance during his scheduled visit, a week after his death in prison and his body was transferred to a hospital.

And human rights websites revealed through their pages on social networking sites that the prisoner named Tamer Fikri Jamal El-Din (50 years), a preacher and imam of a mosque, with 5 children, and hailing from the village of Kerdasa in Giza Governorate. He was serving a 10-year prison sentence in a case dating back to 2017, and he died in prison. Minya (south of Cairo).

The Executive Director of the Egyptian Network for Human Rights, Ahmed Al-Attar, said, on his Facebook page, that it is painful for a person to die inside the prison, and his family only knows of his death during their usual visit to him in his prison, pointing out that the incident has been repeated during the past two years with a number of detainees.

Al-Attar stressed that not informing the prison administration of the detainee’s death is against the constitution, law and humanity, and that none of the security officials were held accountable for violating the duties of their job, which required them to inform the detainee’s family of his death, receive his body and allow the burial procedures to be carried out, in accordance with prison regulations and laws.

The Egyptian human rights advocate criticized the lack of the prosecution's role in standing up to such facts and holding the negligent accountable, expressing his fears that these unfortunate facts will continue to be repeated.

And Mada Masr (independent) website quoted a number of lawyers as saying that this is not the first time that a prisoner dies without the prison authorities notifying his family, pointing out that a similar case occurred this month, where the Minya prison did not inform the prisoner’s family, Mohamed Abdel Hamid (Mohamed Kamal). His death, and the family did not learn about it until 9 days later during the visit, according to lawyer Khaled Al-Masry.

Egypt: The death of the detainee, Tamer Fikri Gamal El-Din, 50, in his detention in Minya Prison.

When they went to visit him, Tamer's family was surprised by his death several days ago, without telling them.

In addition to its illegality, lawyer Ahmed Helmy described the behavior of the Minya prison administration as "inappropriate, inhuman, and paints a bad picture of that administration," adding that he does not believe that it will face any consequences as a result of not informing Gamal El-Din's family of the death, according to the same website.

The Director of Al-Shehab Center for Human Rights, Khalaf Bayoumi, criticized "the continuation of violations against detainees, living and dead, and punishing their families by not informing them of the death, saying that what is happening continues to abuse them, a waste of laws, rights, the constitution and prison regulations, and contrary to the most basic human values."

In his speech to Al Jazeera Net, he stressed that there is no reason for the prison authorities in Egypt to remain silent about informing the detainee's family of the news of his death, especially since he is in their custody, unless the matter is deliberate and systematic, and aims to create a state of panic among the families and families of the imprisoned.

Bayoumi pointed out that this approach, which violates prison regulations, is unusual and unfamiliar, and has only appeared during the past few years, and is a flagrant violation of the rights of detainees and their families.

The incident received a wide interaction from lawyers, jurists and activists on social media, and they described the failure of the prison authorities to inform the detainees’ families of their death and leaving them to the element of surprise as unfortunate, painful and severe and affecting their families.

the death of the detainee Tamer Fikri Gamal El-Din - 50 years old inside his prison in Minya prison.

The victim is from Kerdasa village, Giza governorate, and a detainee since 2015 and was sentenced to 10 years

in prison. His health condition deteriorated on February 13, and he was transferred to the prison hospital to die. The family discovered his death on the day of the visit.

With the death of Tamer Fikry in custody this month, the number of deaths in prisons and detention centers in Egypt has risen to 5 since the beginning of this year, according to the Arab Organization for Human Rights in Britain.

Egyptian human rights organizations documented the death of about 60 detainees last year, most of them as a result of deliberate medical negligence, the continuation of the policy of denial of health care, and the aggravation of medical neglect of patients and the elderly.

📌 Martyr No. 5 in detention since the beginning of the year

was martyred in his detention in Minya Prison on February 14, 2022

as a result of the systematic policy of killing and obscene medical neglect,

and his family only learned of his death on February 18th pic.twitter .com/nzO6zDjNo0

He died inside his prison .. The family discovers the death during the visit!

death of the detainee Tamer Fikri Jamal Al-Din - 50 years old and father of five children - inside his prison in Minya prison# Their right pic.twitter.com/19cONPMq6r