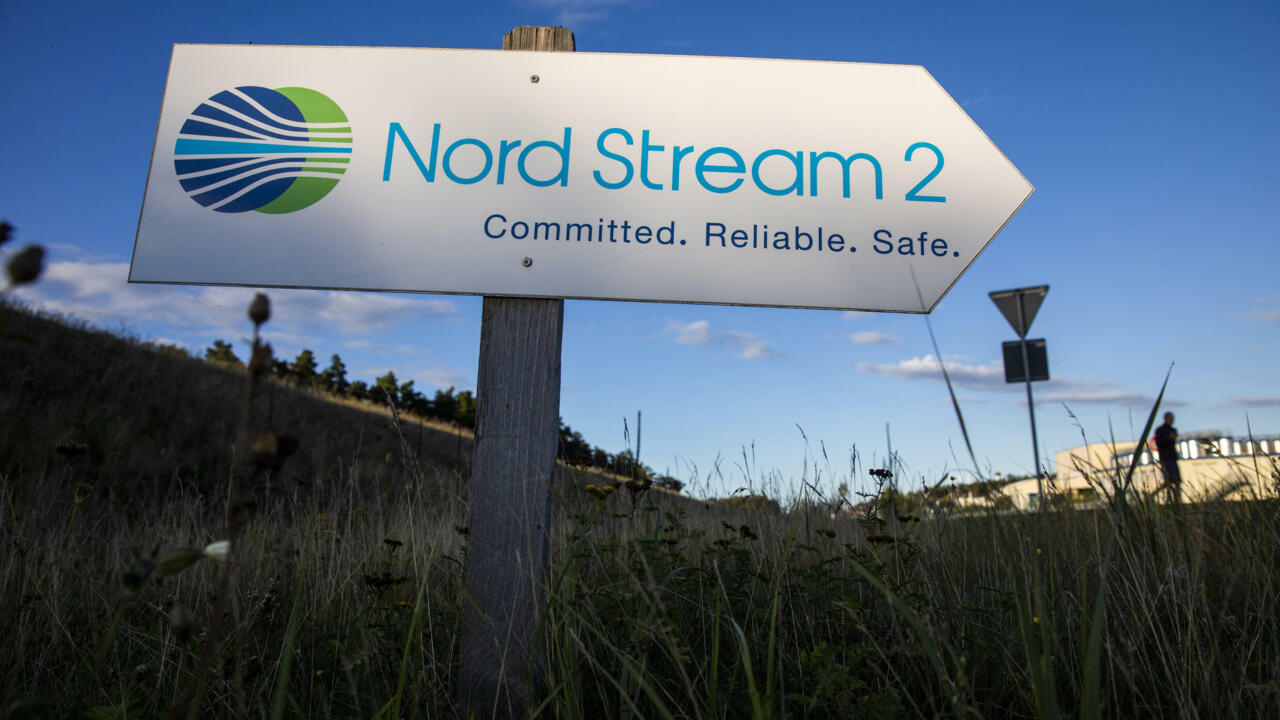 "Without this certification, Nord Stream 2 cannot be put into service," Scholz said at a press conference in Berlin with Irish Prime Minister Micheal Martin, adding that the file would be "re-examined" by the German government.

"I asked the Ministry of Economy" and the federal certification agency of the project to suspend their certification work, said Olaf Scholz.

"We will not be able to accept recognition (of pro-Russian provinces), which is why it is so important to react now and quickly," he argued.

Just completed in November, but never yet commissioned, Nord Stream 2 has been at the heart of geopolitical and economic battles since the start of the project.

It was until now awaiting certification by the energy regulator in Germany, due to legal problems, in this case the non-compliance with certain provisions of German and European legislation.

Berlin is now taking a further step by suspending the procedure and re-examining the file in the light of the latest developments in Ukraine.

Nord Stream 2 connects the two countries via a 1,230 kilometer tube under the Baltic Sea with a capacity of 55 billion m3 of gas per year, on the same route as its twin Nord Stream 1, operational since 2012.

Bypassing Ukraine, the route will increase the possibilities of delivering Russian gas to Europe.

The German Chancellor has also warned that "other sanctions" against Russia could follow, in the event of a worsening of the situation in Ukraine, and has already warned that the European Union will adopt "massive and sturdy".

Despite everything, Angela Merkel's successor called for diplomatic efforts between Westerners and Russia "to avoid a catastrophe".

"This is the objective of all our diplomatic efforts", he added, stressing that "80 years after the end of the Second World War, a war threatens Eastern Europe".