Supported by a series of amazing global events that attracted and highly acclaimed crowds; Like Coldplay's concert at Al Wasl Plaza last week, Expo 2020 Dubai is close to surpassing 15 million visits later this week; It is expected that the number of visits will continue to rise 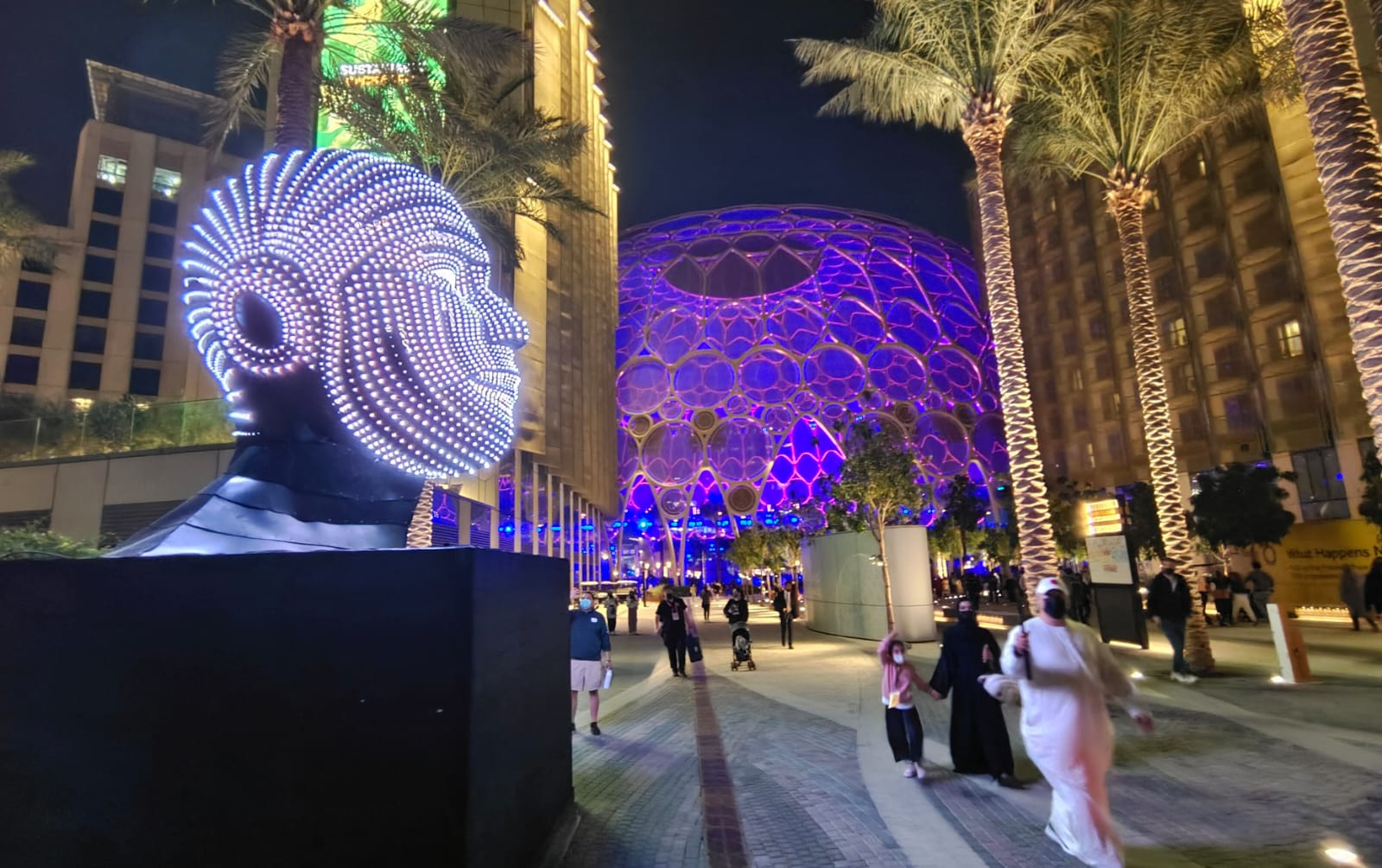 Supported by a series of amazing global events that attracted and highly acclaimed crowds;

It is expected that the number of visits will continue to rise thanks to more illustrious names and captivating events that will be announced by the international event in the coming weeks.

The total number of visits as of Monday (February 21) reached 14,719,277, a few days after the unforgettable Coldplay concert, which was held on February 15 as part of the "Eternal Nights Series at Expo 2020 Dubai", the party through which the international event united what Between the common goals of the United Arab Emirates and the famous British band, which revolves around spreading inspiration and awareness of the climate and leading the wheel of action to preserve our planet, in support of the Human and Planet Earth program at Expo 2020, in line with the United Nations Sustainable Development Goals.

This is mainly thanks to the "final season ticket" offered by Expo 2020 Dubai, at a value of 50 dirhams.

With students returning to school after the school holiday, Expo 2020 Dubai recorded in the last week a large number of schoolchildren's visits to the site of the international event, and families repeated their visits to Expo 2020 several times throughout the holiday, thanks to new offers for children, as well as a holiday program The weekend, in addition to the activities held within the "Future Stars Program at Expo 2020" at Al Wasl Square, the beating heart of Expo 2020 Dubai.

February 21 witnessed the visit of the President of the Eastern Republic of Uruguay, Dr. Luis Lacalle Pou, who presided over his country's celebrations of its National Day at Expo 2020 Dubai.

The list of countries that celebrated their national days at Expo 2020 over the past week included Denmark (February 17), Kosovo (February 17), Jamaica (February 18) and Serbia (February 15), whose celebrations included a special musical performance by the famous violinist. World renown Stefan Milinkovic and his band of String Virtuoso, better known as Team Serbia.

On the same day, the Serbian pavilion hosted the tennis star, the 20-time Grand Slam champion, Novak Djokovic, before holding workshops run by his charitable organization;

His fellow international champions from the world of men's and women's tennis such as John McEnroe, Kim Clijsters and Richard Krajesek provided a breathtaking spectacle later in the week, as they played singles and doubles at the Expo Arena on Saturday and Sunday ( February 19-20).

The sporting highlights of the international event continued on a regular basis, and last Sunday saw a group of Manchester City FC women's players, Isma Morgan, Karen Bardsley and Laura Combs, who had a live interview in the women's pavilion, aiming to inspire the next generation of female players. During which they talked about their initiative titled "The Same Objectives", and this event was held within the framework of the great interest attached by Expo 2020 Dubai to Women, as the international event prepares to celebrate International Women's Day on the eighth of March, by hosting a diverse program of events extending for three days, Including an event that brings together a number of global leaders in various fields, to highlight gender equality under the slogan "#breaking prejudice".

Last Thursday witnessed the launch of the Food, Agriculture and Livelihoods Week at Expo 2020 Dubai, from February 17-23, and it is the latest week in the ten thematic weeks organized by the Human and Planet Earth program, and represents a platform that brings together change makers, innovators and stakeholders along the chain of Global Nutritional Value, to highlight the most productive, inclusive, environmentally sustainable and resilient food systems and provide healthy and nutritious diets for all.

The most prominent musical events included a concert by the Filipino singer, Moira dela Torre, who dazzled the audience of the jubilee podium, last Monday, while Junoon, a pioneering Sufi rock band whose members originate in Pakistan and New York, performed a party that quenched the thirst of lovers of this art in the Dubai Center For exhibitions on February 18.

The same evening witnessed the performance of DJ Hani, known for his diverse music styles, and his loud performance that excited the audience of the Jubilee platform.

In an atmosphere that also lit the Jubilee Park stage, Indian singer Shreya Ghoshal, one of the most famous singers in India, performed her gala concert by performing a group of favorite Bollywood songs, on Saturday (February 19), while the audience had a unique opportunity to enjoy Pakistani music, presented to them by a legend Pakistani Music Shafqat Amanat and Kayani Park, at the Dubai Exhibition Center on Sunday (20 February).

In the midst of a large crowd of its fans and fans, the Jubilee Platform hosted an amazing party by the famous Bollywood star, actress, model, dancer, singer and Canadian producer Noura Fitaihi.

The sky of Expo 2020 Dubai is still shining with the most prominent stars, as the legend of jazz music, Canadian singer Diana Krall, prepares to take the fans on a journey on the wings of music in a concert that she will perform in Al Wasl Square on March 19th.

The pavilions of the Arab countries, which are spread throughout the site of the international event, continue to account for the lion's share of the number of visits, including the pavilions of Egypt, Morocco, Palestine, the Kingdom of Saudi Arabia and the United Arab Emirates.

The number of virtual visits to the Expo 2020 Dubai site exceeded 145 million visits, driven by a variety of entertainment events available on the "Live by Expo" platform, as well as live broadcast coverage, especially the live broadcast of the Coldplay band's concert, which attracted large numbers of visitors to the platform.

Expo 2020 Dubai still has more surprises in store, including breathtaking visuals, world-class parties, ongoing celebrations of national days, and other exciting events awaiting, such as the International Women's Day celebrations that will spread across the site of the international event from 6-8 March, This provides visitors with a must-have "it's either now or you'll miss it" opportunity, as the biggest international event ever draws the curtain down on March 31.