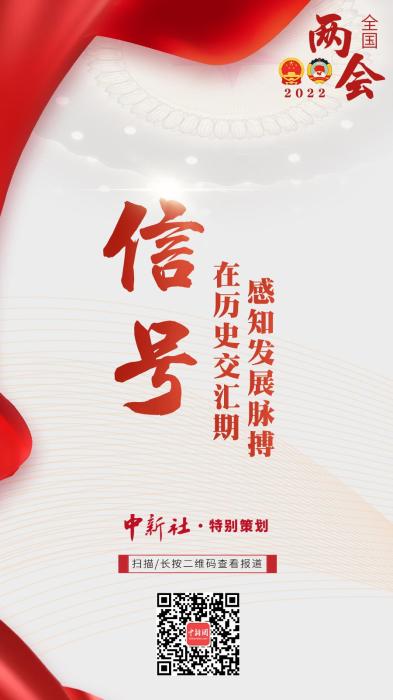 The 2022 National Two Sessions will start.

This year is the year of the 20th National Congress of the Communist Party of China. After the goal of building a moderately prosperous society in an all-round way has been achieved as scheduled, people are full of expectations for how China will build on its past and forge ahead towards its second centenary goal.

The National Two Sessions held at this critical time are expected to release multiple signals around the development direction and path of China's new stage.

Signal 1: Coping with challenges and making progress while maintaining stability

In 2021, China's total economic output and per capita GDP level will achieve new breakthroughs, and the main expected goals will be fully realized.

In the face of a more severe and complex external environment, how to deal with the triple pressure of demand contraction, supply shock, and weakening expectations is related to the "stamina" of economic growth, and also affects the outside world's confidence in China's development prospects.

Data map: The production scene in a manufacturing enterprise in Xuzhou, Jiangsu.

Due to the weakening of the base effect and other reasons, in the 2022 local government work report, all provinces generally lowered their GDP growth targets.

But there is no lack of "ambition" behind the "low profile".

From actively cultivating new growth points of consumption to mining new kinetic energy such as the digital economy, all localities are doing everything possible to promote the steady improvement of the economy in quality and reasonable growth in quantity.

Li Yang, a member of the Chinese Academy of Social Sciences and chairman of the National Finance and Development Laboratory, pointed out that recently, the government has successively launched expansionary policies such as RRR cuts and interest rate cuts, which shows that there is no problem with the control space of China's main macro policies, and it is making efforts.

The greater the downward pressure on the economy, the more impetus to reform.

Uncertainties such as the epidemic have not slowed down China's reforms.

At present, in China, a series of reforms around carbon neutrality are regarded as "the highlight" and "hard bones".

Liu Qiao, Dean of the Guanghua School of Management at Peking University, said that achieving carbon neutrality involves a wide range of fields and a profound impact.

From an institutional perspective, it involves governance changes at the national level; from a policy perspective, it is necessary to design fiscal and taxation systems, investment and financing systems, etc. around carbon neutrality.

Reform must not be rushed.

It is clarified that "carbon charge" and "movement-style carbon reduction" cannot be achieved, and the overall economic and social development cannot be lost. While China is firmly promoting carbon neutralization, it must better grasp the timeliness.

Under this circumstance, how to more steadily lead the systemic change of the development mode with "dual carbon", so as to further organically integrate the green transformation of the economy and society with high-quality development, will become a major issue for the delegates to make suggestions and suggestions.

Signal 3: Expanding and opening up

Openness is the distinctive mark of contemporary China, which has been recognized by the world.

In 2021, China's actual use of foreign capital will exceed one trillion yuan for the first time, and the scale of foreign investment will hit a new record high.

The door of China's opening will only open wider.

Bai Ming, deputy director of the International Market Research Institute of the Chinese Academy of Commerce, said that this will promote China to achieve a higher level of institutional opening and better participate in the integrated development of regional industrial chains and supply chains and the construction of an integrated large market.

Since 2021, exports have made an important contribution to stabilizing China's macro economy. In the future, China still needs to expand its high-level opening to the outside world, strive to turn its short-term order advantage into a medium- and long-term international competitive advantage, and stabilize the fundamentals of foreign trade and foreign investment.

Seizing the opportunity of RCEP has become a hot topic at the previous local two sessions.

How China uses this super-large free trade zone to expand and open up new opportunities, people expect to perceive a clear signal at the National Two Sessions.

Chinese high-level officials have repeatedly emphasized that improving people's well-being is the fundamental purpose of development.

After winning the tough battle against poverty and building a moderately prosperous society in an all-round way, the next important "people's livelihood project" has been finalized: solidly promoting common prosperity.

Of course, this arduous long-term task will not be accomplished overnight.

Liu Junhai, a professor at the Law School of Renmin University of China, pointed out that common prosperity needs to be promoted in an orderly manner on the track of marketization, rule of law, fairness, inclusiveness, rationalization and sustainability.

The key is to insist on ensuring and improving people's livelihood in the process of development, improve the education level of the people, smooth the upward mobility channel, create opportunities for more people to get rich, and continuously expand the proportion of middle-income groups.

In fact, these issues are not absent from the "people's livelihood list" listed by the National People's Congress every year.

In addition, medical care, pension, social security, childbirth and other content related to the vital interests of the people have also been the focus of the delegates over the years.

A journey of a thousand miles begins with a single step. How can China sort out the myriad threads of improving people's livelihood, so as to start the weaving of a web of common prosperity. I believe the answer will be more clear in this March.