Rep. Kang Hoon-sik, head of the Democratic Party's election campaign headquarters, said about the 'Lee Jae-myung gate' mentioned in the transcript of conversations with private contractors in Daejang-dong today, "It seems to be a gate that means guarding at the entrance." 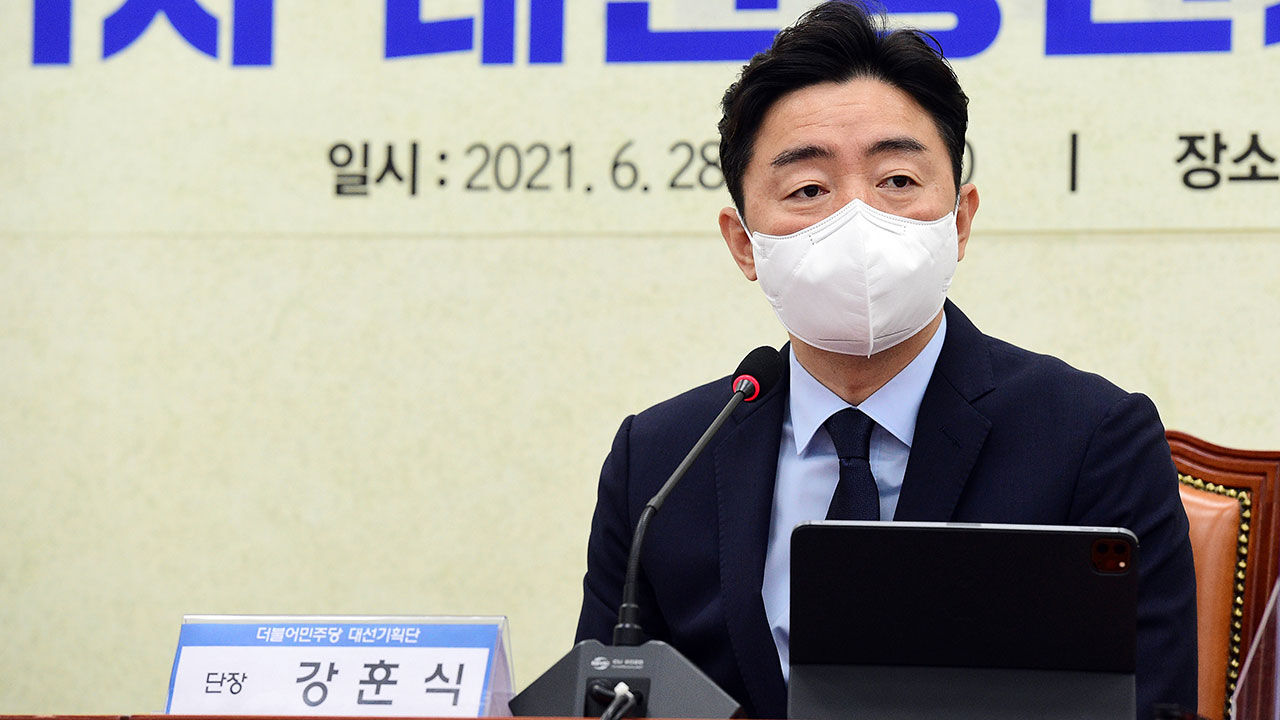 Rep. Kang Hoon-sik, head of the Democratic Party's election campaign headquarters, said, "It seems to be a gate that means guarding at the entrance" about the 'Lee Jae-myung gate' mentioned in the transcript of conversations with private contractors in Daejang-dong today (22nd).

Director Kang said on CBS Radio this morning in response to the moderator's question about what determines the substance of the mention of 'Jaemyung Lee' in the transcript of accountants Manbae Kim and Younghak Jeong, the major shareholder of Hwacheon Daewoo.

He said, "I don't know the whole story well, so it's not appropriate for me to comment," he said.

To the moderator's point, "(Kim Man-bae) said this not because of 'Lee Jae-myung', but 'because of the Lee Jae-myung gate'," he replied, "So, it seems to be a gate in the sense of guarding at the entrance."

Arguing that 'gate' does not mean 'suspicion of corruption related to politicians or government officials' (in Korean), but it should be viewed as meaning that private contractors in Daejang-dong were having a conversation that things were not going well because Gyeonggi Governor Lee Jae-myung at the time was guarding the entrance. no see.

Director Kang explained that during the first court TV debate hosted by the National Election Commission the day before, Lee mentioned the possibility of South Korea's incorporation into a key currency country, saying, "It was based on the report of the Korean War."

When asked, 'Do you think that the won is likely to become a key currency like the dollar in the view of Director Kang?', he avoided an immediate answer.

He cited the most memorable TV debate scene in which Ahn Cheol-soo, candidate of the People's Party, shook his head to the People's Power candidate Yoon Seok-yeol, who was arguing over the 'digital data economy'.

He added, "The general view of the people (looking at Candidate Yoon) will be similar," he said.

He maintained a friendly attitude toward Candidate Ahn, who withdrew his proposal to unify the opposition, saying, "I hope you will consider the opinions of our government for national unity."