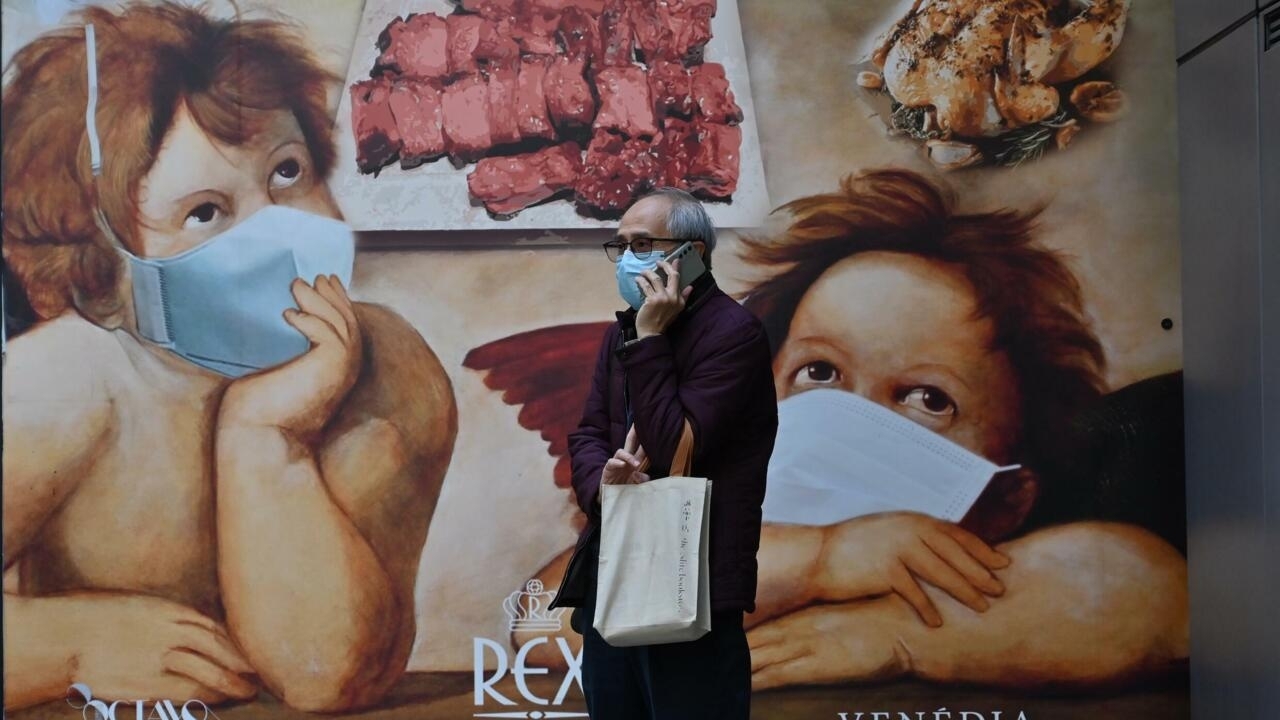 Clashes between anti-vaccine protesters and police with riot shields in Wellington outside the New Zealand Parliament on Tuesday.

The entire population of Hong Kong must undergo three rounds of coronavirus tests, the leader of the city said on Tuesday, in the grip of the worst wave of Covid-19 since the start of the pandemic.

Aerial photo showing queues of residents waiting to be tested for the coronavirus, in Hong Kong on February 11, 2022 Yan ZHAO AFP

In addition, the Philippine consul in Hong Kong denounced the dismissal and homelessness of Covid-positive domestic workers, the vast majority of Filipino and Indonesian women.

France: too early to assess the effects of the vaccination pass

It is not yet possible to assess the effects of the vaccine pass introduced in France at the start of the year, admitted Tuesday the Minister of Health, Olivier Véran, during a hearing in the Senate by the commission of inquiry into the adequacy of the past to the evolution of the epidemic.

The goal pursued by the government was to limit the risks of contamination, even if the vaccines have largely lost their effectiveness against the transmission of the virus, and to push the non-vaccinated to take the plunge.

Despite the lack of concrete data, Mr. Véran said he was convinced that the vaccination pass was effective on both counts.

Dubai International Airport remains the first in the world in terms of international travelers (29.1 million passengers in 2021) and hopes to approach the pre-pandemic level by 2024 from which it is still "a long way off", its CEO told AFP on Tuesday.

In 2019, more than 86 million people passed through Dubai Airport.

The following year, against a backdrop of a brutal slowdown in air transport, they were only 25.9 million, a colossal drop of 70%.

Eurofins Scientific, the French giant of analysis laboratories, has raised its forecasts for 2022 and 2023 after an excellent year 2021, in particular under the effect of the demand for tests linked to Covid-19.

In 2021, its annual revenue jumped 24%, exceeding its expectations, according to the group's press release.

The milestone of 30,000 deaths crossed in Belgium

Belgium, a country of 11.5 million inhabitants, crossed the threshold of 30,000 deaths linked to the coronavirus on Tuesday, according to figures from the public health institute Sciensano (30,015 recorded on Tuesday).

Two-thirds of these deaths date back to the year 2020.

The pandemic has officially killed at least 5,892,084 people worldwide since the end of December 2019, according to a report compiled by AFP from official sources on Tuesday at 11 a.m. GMT.