At midnight this Tuesday, almost a week after the shipwreck of the Galician ship 'Villa de Pitanxo' in Canadian waters, the three survivors and five of... 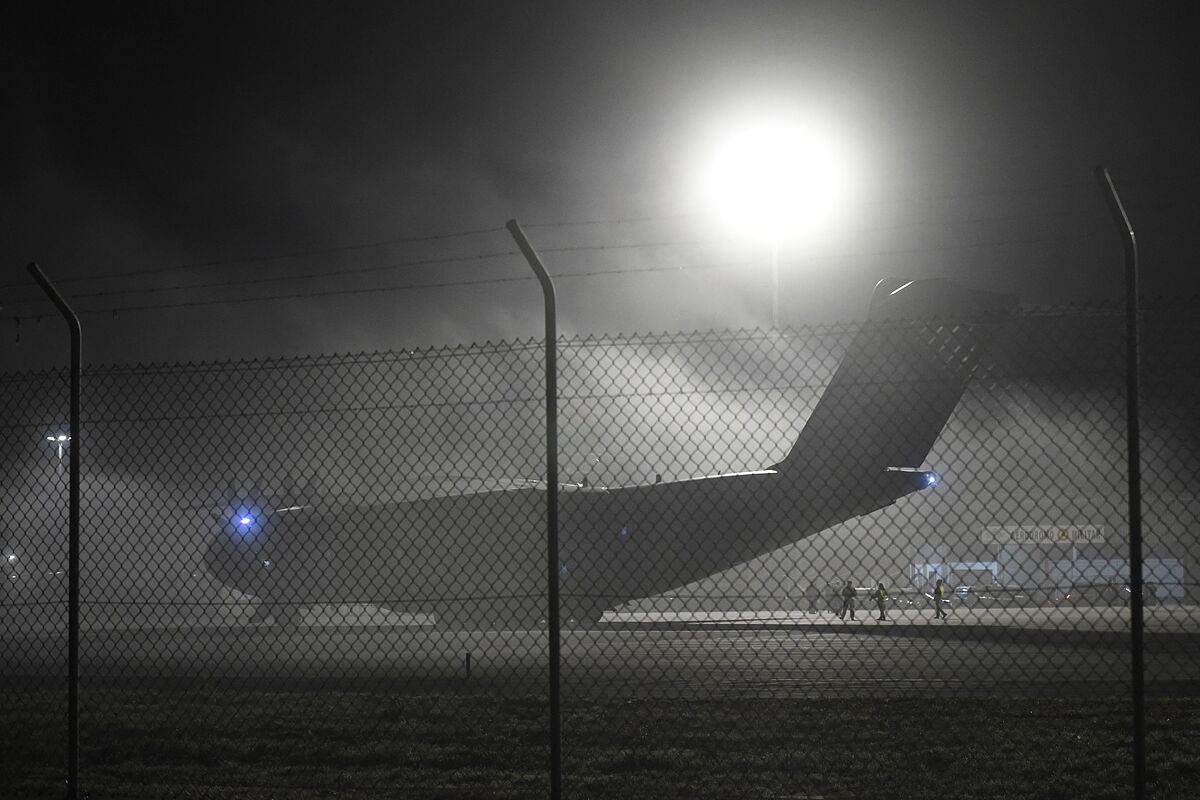 At midnight this Tuesday, almost a week after the shipwreck of the Galician ship

in Canadian waters, the three survivors and five of the nine recovered bodies arrived in Spain.

in a plane that landed at Santiago de Compostela airport in the middle of the night.

In Santiago, the families of the ship's crew (survivors, deceased and missing) and an institutional delegation headed by the President of the Government,

the Minister of Agriculture, Fisheries and Food,

the president of the Xunta de Galicia,

the Government delegate in Galicia,

and the sub-delegate of the Government in Pontevedra,

Before the arrival of the plane, Sánchez held a meeting with relatives of the crew members.

Once he landed, they were greeted at the foot of the runway.

Tragedy in NewfoundlandA "sudden stop of the engine", cause of the sinking of the 'Villa de Pitanxo'

Tragedy in NewfoundlandSamuel Kwesi, from stowaway to Spain to survivor of the 'Villa de Pitanxo'