The nuclear file.. Iran confirms progress in negotiations and requires lifting all sanctions to conclude a new agreement

Iran confirmed significant progress in the Vienna negotiations, and demanded that any new agreement lead to the lifting of all US sanctions, while ruling out direct talks with the United States. 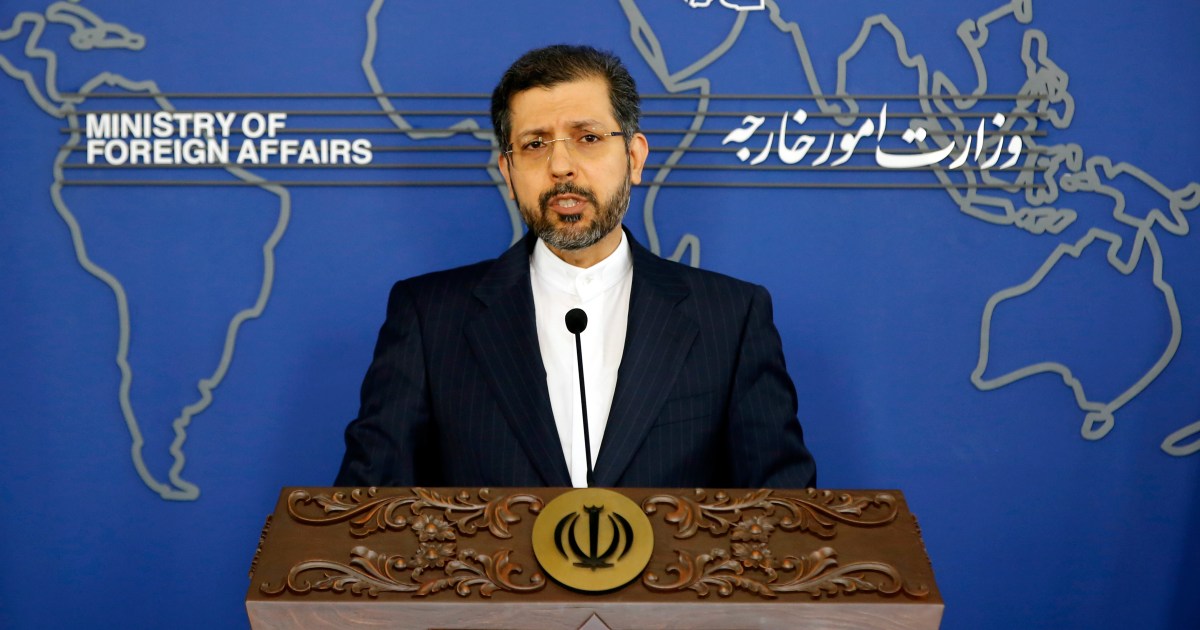 Iran confirmed today, Monday, important progress in the Vienna negotiations aimed at reviving the 2015 nuclear agreement, and demanded that any new agreement lead to the lifting of all US sanctions, and at the same time ruled out direct talks with the United States, and this comes amid expectations that negotiations between Tehran and major powers will culminate. success soon.

Iranian Foreign Ministry spokesman Saeed Khatibzadeh said in his weekly press conference that the months-long talks in the Austrian capital have made very clear progress in recent days.

Khatibzadeh added that any upcoming agreement in Vienna must include the lifting of all US sanctions, regardless of their name.

He added that lifting the sanctions in the Vienna negotiations should clearly guarantee Iran's economic interests, stressing that there is no compromise on what he called the red lines for his country and its rights.

The Iranian Foreign Ministry spokesman said that the opposite party should take the difficult and serious steps and prove the existence of a real will for that, pointing out that Tehran is waiting for decisions to be taken by Washington and the European trio (Britain, France and Germany) in Vienna.

The Iranian official stressed that there would be no agreement on anything in Vienna before everything was agreed upon, noting that the Iranian negotiating delegation in Vienna had submitted written proposals regarding sanctions to the rest of the parties.

In the past days, indications emerged in Vienna that a new agreement would be reached between Iran and the major powers, but each side was demanding the other side to take decisive decisions on some outstanding issues.

The Vienna negotiations were taking place from the beginning between Iran, the 4+1 and the representative of the European Union, and this path will continue until a result is reached.

Negotiating with America is not on the agenda of the Iranian negotiating team because it will not be a source of any breakthrough.

For his part, the Secretary of the Iranian National Security Council, Ali Shamkhani, said today, Monday, that direct talks with the United States will not lead to any breakthrough, and are not on the agenda of the Iranian negotiating delegation in Vienna.

In his tweet on Twitter, Shamkhani added that the negotiations in Vienna from the beginning were between Iran, the "4+1" group and the European Union representative, and they will continue in this way without any change until the result is achieved, as he put it.

Meanwhile, Israeli Transportation Minister Merav Michaeli said - on Monday - that Israel will address its concerns about reviving the Iran nuclear deal through future bilateral arrangements with the United States.

On Sunday, Israeli Prime Minister Naftali Bennett said that it is possible to reach a nuclear agreement in a short period between the major powers and Iran.

Bennett indicated in his weekly session of his government that the possible agreement will be for two and a half years, and that Iran will receive tens of billions of dollars in return for the agreement, and the lifting of restrictions and sanctions.

But the Russian delegate to the Vienna talks, Mikhail Yulianov, responded by saying that the new version of the Iran nuclear deal would be identical to the original one signed in 2015.

Meanwhile, Axios website quoted Bennett as saying, in a speech to representatives of American Jewish organizations in Jerusalem, that Iran is asking the United States in the Vienna negotiations to remove the Revolutionary Guards from the list of terrorist organizations as a condition for reaching an agreement.

According to Axios, Bennett did not say if the administration of US President Joe Biden had agreed to remove the Iranian Revolutionary Guard from that list, adding that the US State Department refused to comment on the Israeli Prime Minister's statements.

In a related context, the Islamic Republic News Agency reported that most members of the Iranian parliament issued a statement on Sunday containing conditions that must be met if Tehran returns to comply with the 2015 nuclear agreement with world powers.

250 members of parliament agreed that the United States and the European parties to the agreement should provide guarantees not to withdraw from the agreement after its revival, and not to activate a mechanism to re-impose sanctions on Tehran.