This announcement comes as the question of the date of the elections gives rise to a showdown between Bamako, ECOWAS, and part of the international community, including France. The position of president is currently occupied by the leader of the junta, Colonel Assimi Goïta. 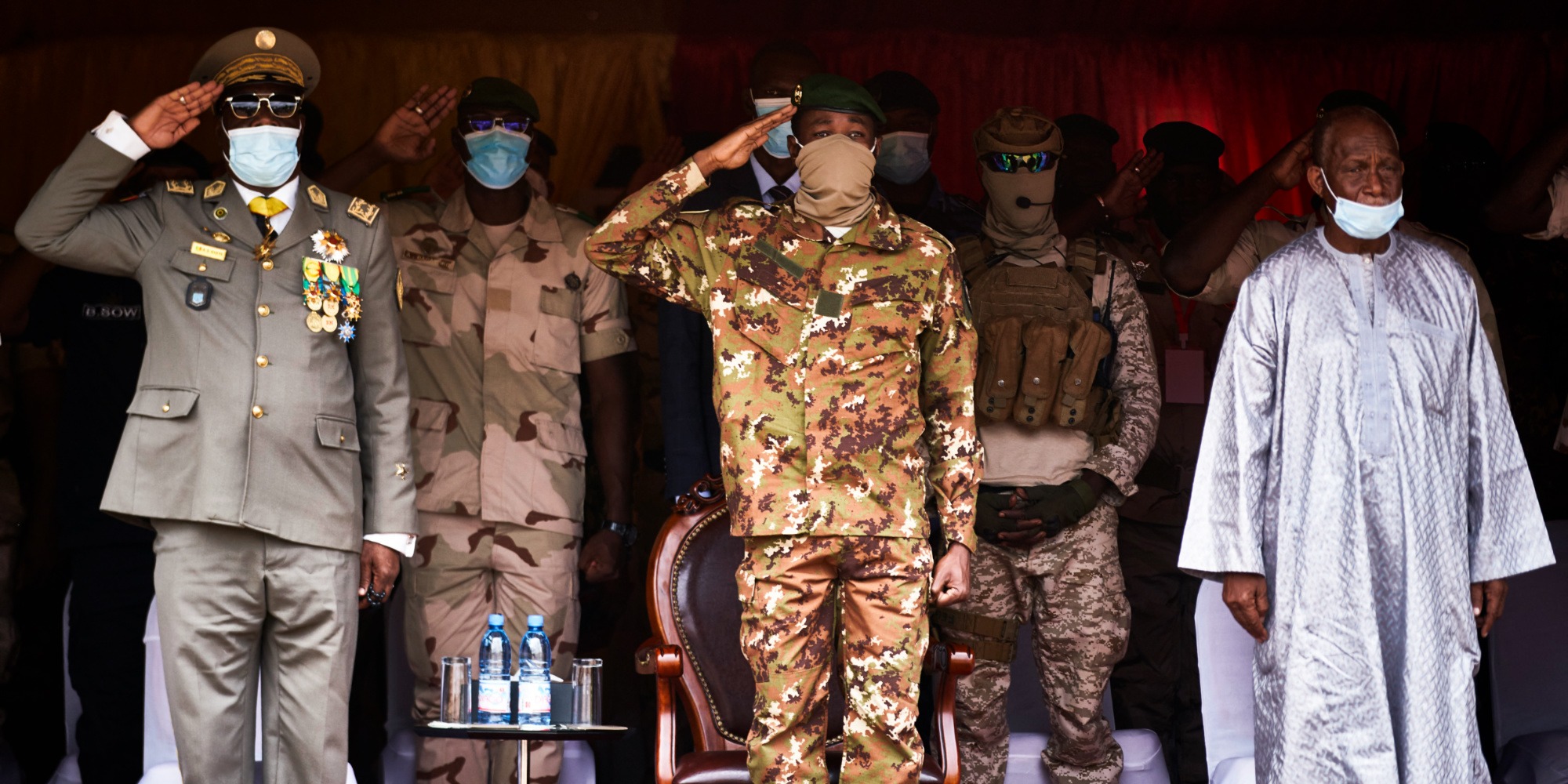 This announcement comes as the question of the date of the elections gives rise to a showdown between Bamako, ECOWAS, as well as part of the international community, including France.

The post of president is currently held by the leader of the junta, Colonel Assimi Goïta.

The transition period before elections and a return of civilians to the head of Mali could last up to five years, endorsed Monday the assembly serving as a legislative body since the military coup.

This announcement comes as the question of the date of the elections gives rise to a showdown between Bamako, on the one hand, and the organization of West African states Cédéao as well as part of the international community, including France. , the other.

Mali's military-controlled National Transitional Council (CNT) also approved a provision stipulating that the president of the transitional period supposed to precede a return of civilians to power could not be a candidate in a future presidential election.

Mali: who is Assimi Goita, the head of the military junta who overthrew the president?

The post of president is currently held by the leader of the junta, Colonel Assimi Goïta.

The provision approved on Monday does not specifically prevent him from running for the future presidency if he were to leave his post before an election.

The CNT approved Monday by 120 votes for, no votes against and no abstentions a bill presented by the government installed by the military and revising the charter of the transition, noted the correspondents of AFP.

This charter serves as a fundamental act of the period preceding a return of civilians to the leadership of this country plunged into a serious security and political crisis since the outbreak of independence and jihadist insurgencies in 2012.

Elections initially scheduled for the end of February

The revision approved on Monday provides that the duration of the transition will be in line with the recommendations made following national consultations which took place in December 2021. These "assizes" recommended a transition of six months to five years.

It maintains the vagueness on the thorny question of the date of the elections.

The original charter, promulgated by the military on October 1, 2020, a little over a month after their first putsch, set the duration of the transition at 18 months.

The junta has since revoked its initial commitment to hold elections on February 27.

Mali: why does the junta urge the departure of France?

She has expressed her intention to stay in place for another four or five years.

A "totally unacceptable" delay for ECOWAS, which imposed heavy economic and diplomatic sanctions on Mali on January 9, with a commercial and financial embargo and the closing of borders.

The government has since hammered a speech of resistance in the name of national sovereignty.

A group of six Malian lawyers said in a press release that they had seized the Court of Justice of the West African Economic and Monetary Union (UEMOA) "at the request of the government" to obtain the suspension and cancellation of these sanctions "seriously detrimental" according to them to the State and the population.

The junta and Mali's partners, first and foremost France, have engaged in an escalation of tensions which culminated last week with the announcement by the French and the Europeans of the withdrawal of their soldiers taking part in the fight against the jihadism.

However, the Malian government and ECOWAS say they remain open to dialogue.

ECOWAS announced in a statement on Monday that the mediator for Mali, Goodluck Jonathan, would visit the country on Thursday.

The revision of the transition charter removes the post of vice-president.

This post had been tailor-made for Colonel Goïta in 2020, so that he would be in charge of security issues.

He has since been sworn in as president following a second coup in May 2021 in which he deposed the then transitional president and prime minister.

In the event of vacancy of the presidency or impediment, the functions will be ensured by the president of the CNT, currently colonel Malick Diaw.