Donald Trump's new social network, Truth Social, began its gradual online launch on Sunday evening and should be "fully operational" by the end of March, more than a year after the exclusion… 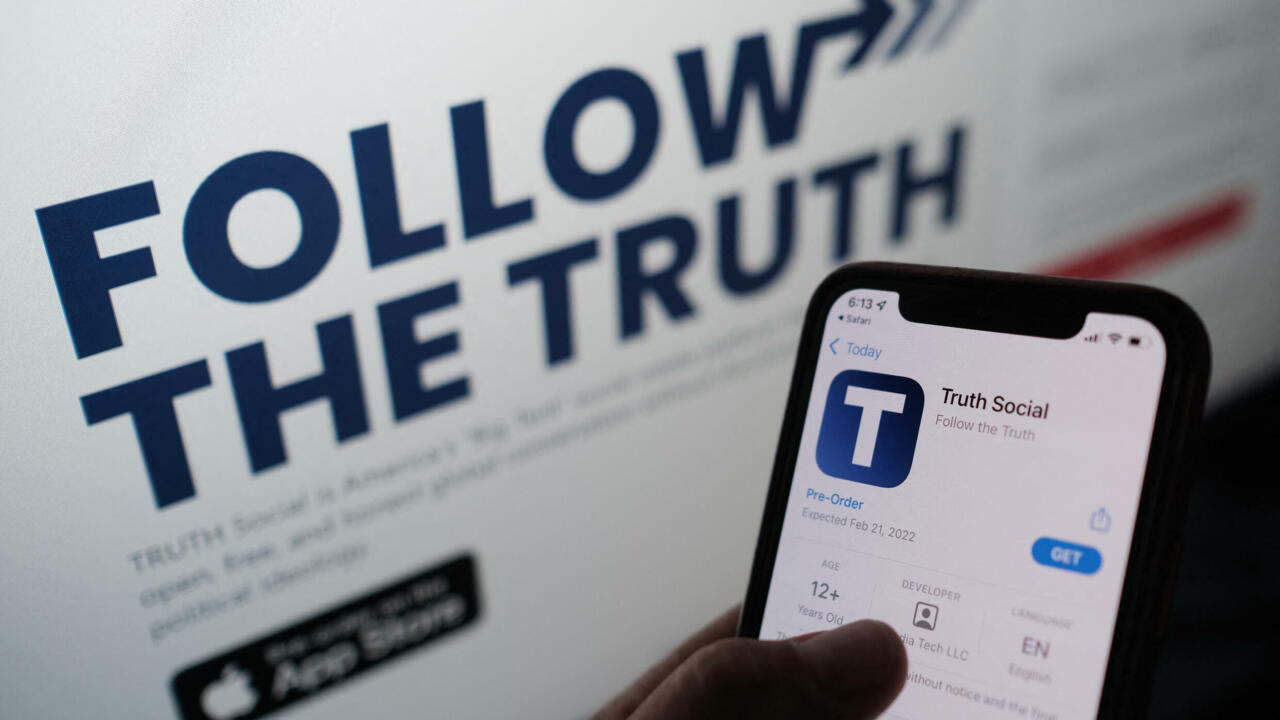 After the alternative facts, the social network that accompanies them?

Truth Social, initiated by Donald Trump, began its gradual online launch in the United States on Sunday evening February 20 and should be "fully operational" by the end of March.

“I think by the end of March we will be fully operational, at least in the United States,” added the former parliamentarian, who left Congress earlier this year to lead TMTG.

Truth Social – truth means "truth" in English – was presented by Donald Trump as an alternative to Facebook, Twitter and YouTube, from which he was banned after the storming of the Capitol on January 6, 2021. He is accused of having incited his supporters to violence.

The application, which already exists in a test version used by supporters of the billionaire, was available on Sunday for pre-order on the App Store for Monday, a public holiday.

Later in the day on Sunday, it was flagged as available for some of those who had pre-ordered.

"It's touching for me to see people who have had their voices muzzled using the platform," said Devin Nunes, referring to the "cancel culture", this idea according to which personalities find themselves erased from the public square. by popular opinion described as "right-thinking" by the right.

"We want them to tell us what content they want on the platform," he added.

"Unlike the crazed Silicon Valley oligarchs who tell people what they want them to think and decide who can or cannot be on the networks."

February 21 is a holiday in the United States honoring American presidents.

Donald Trump and his wife Melania have also planned to sell 10,000 NFTs (authenticated digital objects) on this date illustrating key moments in the mandate of the former Republican head of state.

"THE TRUTH is coming...", tweeted, on Friday, Elise Stefanik, the number three elected Republican in the House of Representatives, in reference to the threatening formula of the TV series "Game of Thrones" ("Winter is coming ...").

She posted a screenshot of her message on Truth Beta, the social network's test version: "I'm so happy to be on TRUTH! Thank you to President @realDonaldTrump for his leadership. Together, the first patriots Americans will SAVE AMERICA, smash the tech giants and protect FREEDOM OF EXPRESSION!"

"The time for truth has come" tweeted, on Tuesday, Donald Trump Junior, the son of the ex-president, with a screenshot of a message from his father on the network: "Be ready Your favorite president will soon receive you".

Suspense on a new candidacy of Donald Trump

According to various press releases, the group has about 1.25 billion dollars to attack its competitors in the already very crowded market of social networks popular with ultra-conservatives, such as Gettr, launched in early July. by former Donald Trump adviser Jason Miller, but also Parler and Gab.

>> To read: "Speak", the Twitter of the American right or the new weapon of the Mercer family

In December, TMTG announced that it had entered into a partnership with the Canadian video streaming platform Rumble, stating that the beta version had already been launched using their cloud service (remote computing).

At 75, Donald Trump leaves doubts about his intention to run again, or not, for the Republican nomination in the race for the White House.

He is the subject of investigations into the management of his taxes, the way in which he allegedly tried to stay in power, after his defeat in November 2020. His management of official documents which should have been transmitted to the American National Archives is also questioned.

Before the deletion of his Twitter account, the social network was Donald Trump's favorite platform, which he used, in turn, to make presidential announcements and to formulate attacks against his political enemies.

He had nearly 89 million subscribers there, whom he spoke to every day.