Harald, the prince who did not marry Doña Sofía because of her low dowry and because he was in love with a seamstress

At the end of last January the alarms went off in the Norwegian court: King Harald, who turns 85 this February 21, presented symptoms of covid after being in contact with... 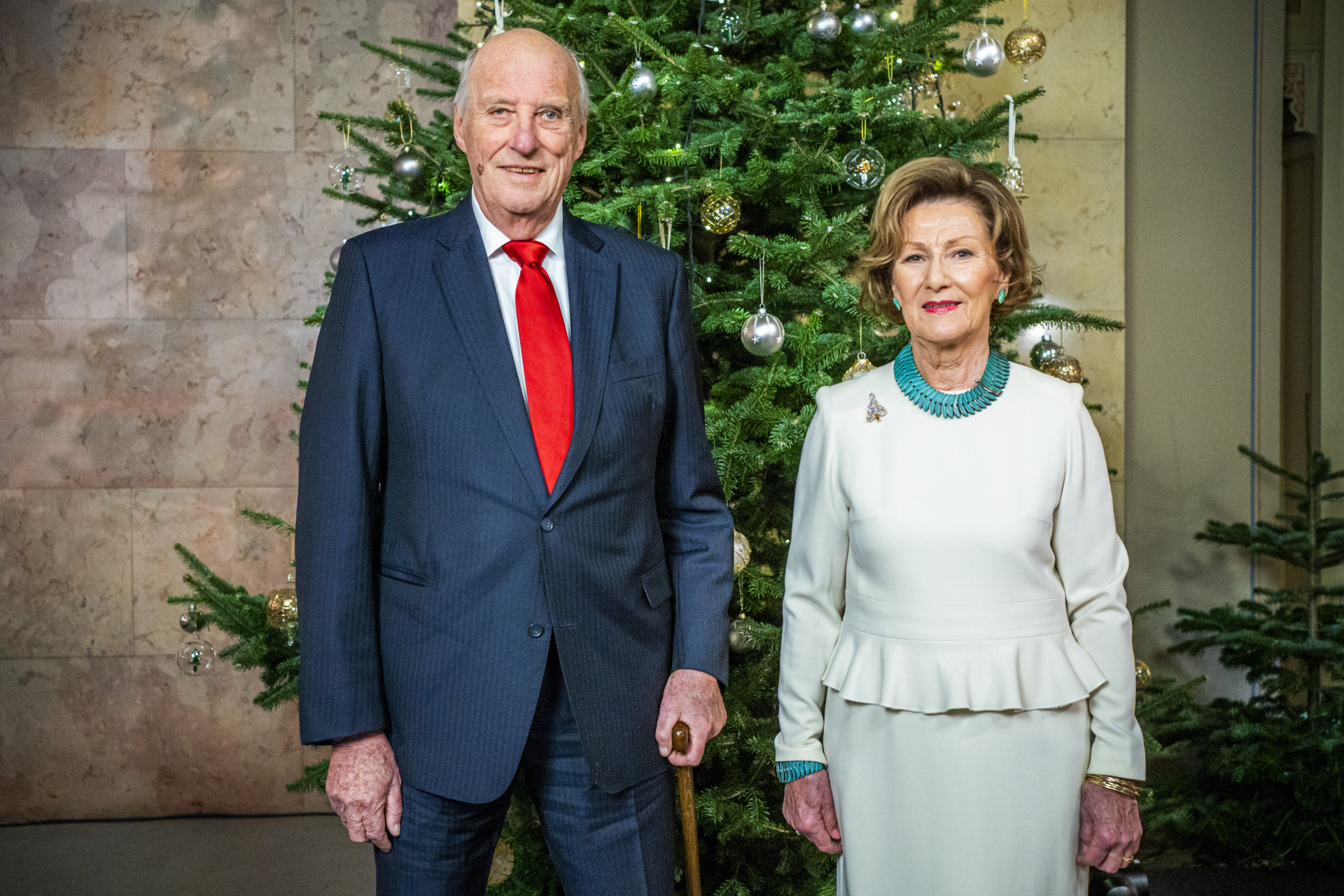 At the end of last January

the alarms went off

in the Norwegian court:

presented symptoms of covid after being in contact with an infected person.

Fortunately, it was a simple cold and everything was left in

his health is very deteriorated:

in 2003 he was diagnosed with bladder cancer, in 2005 he underwent open heart surgery to implant a coronary valve that in 2020 had to be replace, and in 2021 he also had knee surgery, being forced to use crutches for several months.

the first sovereign born in Norway

His arrival in the world was an event for his parents, Olaf V and Marta of Sweden, since

he was the long-awaited man

after two girls, the princesses Ragnhild and Astrid, and meant the continuity of the

his father went into exile with him in London

while his mother and his sisters settled in the United States;

but after the war, he returned to his homeland, to study high school at the Cathedral College of Oslo and later enter the military academies.

In 1957, his father ascended the throne after the death of Haakon VII, Harald's grandfather, who was proclaimed

crown prince at the age of 20:

tall, blond, with blue eyes, a sailing Olympian and future king, he

was the "golden bachelor" of the European

and object of desire of most marriageable princesses.

Also from their mothers, especially Queen Federica of Greece who

wanted him for her first-born Sofia:

"I know that there were many interests to marry us, meetings were provoked, cabals were made ... But the result of that forced pairing was null ", Queen Sofía came to recognize, to whom it seems that Harald did make him tilín.

The Norwegian king and his wife, Queen Sonia, the seamstress with whom he fell in love.GTRES

The first attempt was a trip by the Greek monarchs to Norway in 1958 with their eldest daughter: there Sofía and Harald

monopolized the covers after starring in a dance together,

but the thing did not bear fruit.

the dance that was organized the following year

in the Danish castle of Fredensborg, and although Harald did not take the step either, it served to arouse the

chemistry between Ana Maria of Denmark and Constantine,

Queen Federica did not give up and in the summer of 1960 she invited the Norwegian heir to Corfu, the royal family's summer residence, where Sofia and Harald were

seen walking on the beach

the commitment was taken for granted,

but again he was frustrated, according to the Point de Vue

for economic reasons: King Paul asked the Hellenic parliament for 50 million francs as a

dowry to marry his daughter Sofia,

but he was only granted half, which made him change his mind to Harald's father.

Perhaps it was the excuse,

because reality had a woman's name:

, whom Harald met in a camp when they were both 15 years old.

Her parents owned a men

in Oslo, where Sonia worked as a seamstress, although she later graduated in fashion design.

In 1959, while his wedding with Sofia of Greece

Harald was already Sonia's boyfriend, so

he dared to confess to his father

that he was in love with another woman.

When Olav V found out who his girlfriend was, he exploded: "I will not allow

a seamstress to be queen of Norway."

He sent him to study at Oxford, where he studied economics, politics and history until 1962, when a dramatic event occurred: it seems that Sonia, who was sent to Switzerland by her parents,

had a suicide attempt there.

work for a shipping company.

In 1968, after a decade of relationship,

he threatened his father with giving up the throne

if he did not let him marry Sonia, for which Olav V consented.

: for the first time in history, a future Norwegian monarch married a

That day the Norwegian monarchs, who

after 53 years of marriage are still very close,

set a precedent for what

is normal for current royal generations:

There are even those who think that they have had too wide a sleeve with their children.

born in 1971, married the controversial writer Ari Behn, father of her three daughters Maud, Leah Isadora and Emma, ​​but

and in 2019 he committed suicide. Now he plans to marry

single mother with a shady past, t

while the father of her son and former boyfriend was in jail for drug trafficking.

Today, however, she is well accepted by the Norwegians and together with her children, Ingrid, the heiress, and Sverre Magnus form a model family.

ReadingThe revolt of fauvists and surrealists takes the Guggenheim

The Reading Up, partisan!

Lights and shadows of resistance