“Obstacles” .. in the face of strategic cooperation between Iran and Russia at the present time

Iran and Russia have recently sought rapprochement, with a primary motive that is dominated by the economic interests of both sides, although there are other goals, especially Tehran. But amid this rapprochement there are some obstacles, which may prevent it from continuing in a beneficial manner, to the extent desired by the two parties. 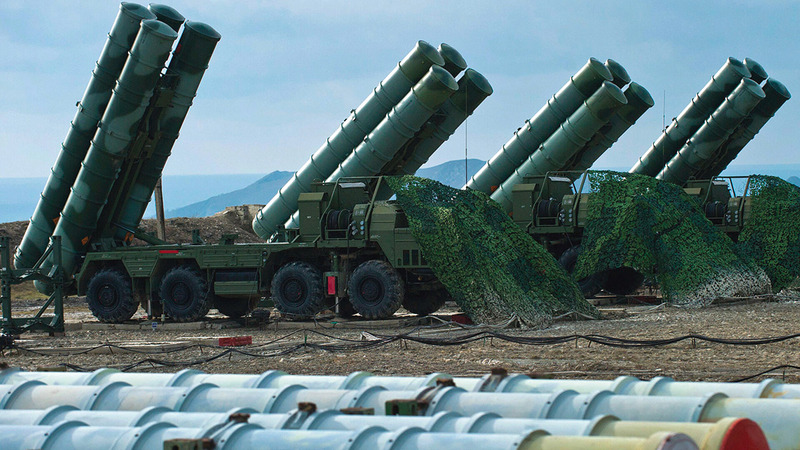 “Obstacles” .. in the face of strategic cooperation between Iran and Russia at the present time

Iran and Russia have recently sought rapprochement, with a primary motive that is dominated by the economic interests of both sides, although there are other goals, especially Tehran.

However, amid this rapprochement, there are some obstacles, which may prevent it from continuing in a beneficial manner, to the extent desired by the two parties.

Researcher and analyst, Arash Topchenjad, says in a report published by the American "National Interest" magazine, that during their first personal meeting on January 19, 2022, Iranian President Ibrahim Raisi and his Russian counterpart, Vladimir Putin, demonstrated their commitment to stronger bilateral relations.

In addition to communication between the two presidents, the Iranian Oil Minister announced that Tehran and Moscow have made great strides in trade agreements across the energy, transportation and banking sectors.

However, the highlight of Raisi's visit to Moscow was his presentation of a draft 20-year cooperation agreement between Iran and Russia.

The agreement, which aims to update a previous economic cooperation agreement from 2001, proposes increased cooperation on security initiatives, transport and trade between Tehran and Moscow.

The deal is still under negotiation, and the Iranian government says its contents must first be made public and approved by parliament.

The 20-year cooperation agreement has been under study since last year, and while Iran has successfully gauged Putin's interest in reaching an agreement, it may not materialize in the near future.

But in the meantime, the prospective agreement is valuable because it indicates the convictions of both Tehran and Moscow in their negotiations with the West.

Topchenjad believes that Iran and Russia are at a crossroads with regard to their geostrategic positions at the regional level.

On February 8, the Iranian delegation returned to Vienna to attend the eighth, and perhaps the last, round of talks to negotiate the revival of the Joint Comprehensive Plan of Action (the nuclear deal).

Unlike traditional agreements, the deal has been viewed through the prism of mutual mistrust, and Iran is desperately seeking guarantees that Washington will not back down from its commitments as it did in 2018. Iran also remains adamant that all sanctions be lifted in exchange for nuclear compliance, a demand that officials seem to be making. Europeans consider it excessive.

As one of the constructive signatories to the nuclear deal, some see Russia as Iran's "advocate" in the renegotiation process.

The Vienna talks will resume with Russia entering its own negotiations with the West through French President Emmanuel Macron.

Russia is currently embroiled in a confrontation with NATO and Ukraine.

With more than 100,000 Russian troops surrounding Ukraine's border, Putin has expressed concerns about what he sees as NATO encroachment on Russia's western flank.

In the coming days, Tehran and Moscow's diplomatic approaches to the United States and its European counterparts will greatly influence the prospect of easing tensions in Eastern Europe and the Middle East.

However, both countries remain committed to pursuing their best interests, and a 20-year cooperation agreement may have significant implications in this process.

According to Topchenjad, the Iranian government has focused on publicizing the economic and security benefits that may accrue from the Iran-Russia agreement.

Russia currently accounts for 4 and 2% of Iran's imports and exports, respectively.

Tehran intends to increase the volume of its trade with Russia to 25 billion dollars.

This goal may seem too ambitious, but in 2007 Iran envisioned its trade with Russia to reach $200 billion within a decade from now.

However, bilateral trade peaked at just over $3.5 billion in 2021. For comparison, Russia's annual trade with Turkey ranges between $20 billion and $25 billion.

US sanctions act as a major handicap, limiting Tehran's trade prospects and complicating any long-term commitments by its trading partners.

In addition to its direct commercial interests with Russia, Iran is also seeking to secure broader economic commitments to the Eurasian Economic Union.

In their face-to-face meeting, Putin expressed his support for Raisi for a free trade zone between Iran and an economic union.

Raisi looks to such broad financial strides with hopeful eyes, amid doubts about sanctions relief.

In addition to its economic potential, Iran views the 20-year agreement as a way to enhance its security cooperation with Russia and secure new arms deals.

After Iran conducted three-way naval exercises with the Russian and Chinese navies on Jan. 21, Tehran prefers increased military cooperation to show a semblance of defense solidarity with its foreign backers.

It was reported that Tehran is seeking to buy Russian-made Su-35 fighter jets to strengthen the Iranian air force.

The Raisi administration is also interested in purchasing the S-400 missile defense system.

While the UN Security Council embargo on Iran and an arms export ban expired in late 2020, Russia has refrained from offering Iran any deals.

One reason is that Tehran may not have the funds for such deals.

Since former US President Donald Trump withdrew from the nuclear deal, Iran's reserves of foreign currency and gold have fallen dramatically.

Iran had planned to acquire $10 billion worth of Russian weapons, but its dire financial situation convinced some analysts that any defense contracts with the Kremlin could reach only $2 billion at the most.

A cooperation agreement could enable Iran to achieve favorable terms on the oil and gas sectors in exchange for greater reductions in Russian arms.

But the cost is not just financial, as Russia maintains close ties with Iran's regional rivals, including Israel and Saudi Arabia.

Putin will not risk imbalances in his relations with the most powerful powers in the Middle East.

Not everyone in the Kremlin sees a direct security benefit from a long-term agreement with Tehran.

• As one of the constructive signatories to the nuclear agreement, some see Russia as Iran's "lawyer" in the renegotiation process.

• In the coming days, the diplomatic approaches of Tehran and Moscow with the United States and its European counterparts will greatly affect the potential for easing tensions in Eastern Europe and the Middle East.

However, both countries remain committed to pursuing their best interests, and a 20-year cooperation agreement may have significant implications in this process.