"The subject of internal political struggle": why did the Republicans criticize Biden because of his actions against Russia

Representatives of the Republican Party criticized the President of the United States because of his political course towards Moscow. Senator Ted Cruz said that the election of Joe Biden is "the best thing that could happen" for Russian President Vladimir Putin. Cruz accused the head of the White House of weakness and incompetence, foreign policy failures, to which he attributed the lifting of sanctions against Nord Stream 2, which allegedly makes a “Russian invasion” of Ukraine possible. In turn, the head of the Republican National Committee, Ronna McDaniel, blamed Biden for saying that under his rule, “Putin is concentrating forces on the border of Ukraine.” According to experts, with their criticism, the Republicans want to destroy the image of Biden as a peacemaker in the light of the upcoming congressional elections. 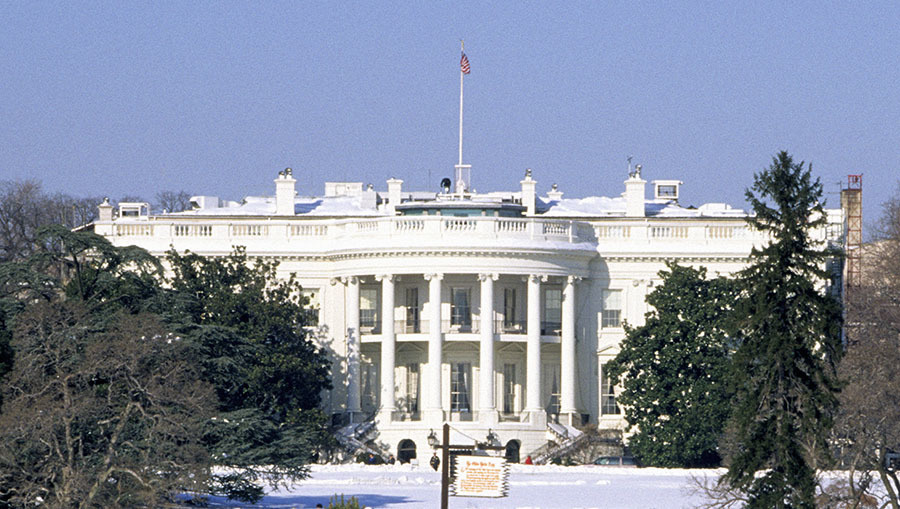 Republicans have criticized US President Joe Biden for his policy towards Moscow.

Thus, US Senator Ted Cruz said that the election of Biden is allegedly “the best thing that could happen” for Russian President Vladimir Putin.

“Today, Republican Senator Ted Cruz on Fox News Sunday lashed out at President Biden and his administration for their appalling foreign policy failures.

The most catastrophic of them is the lifting of sanctions on Nord Stream 2, which gives Vladimir Putin the opportunity to bypass Ukraine's energy infrastructure and makes a Russian invasion (into Ukraine.

According to the American politician, due to Biden's weakness and incompetence, which, according to the senator, he showed, including during the withdrawal of US troops from Afghanistan, "Europe is on the brink of war."

“As a result of this incredible weakness, the eyes of all our enemies around the world are fixed on Washington, they evaluate the man in the Oval Office.

And as a result, as I said back in August, the chances that Russia would invade Ukraine increased tenfold, ”said the Republican.

According to Cruz, "Ukraine's real insurance against invasion" was allegedly that "Putin is forced to deliver energy carriers", natural gas through pipelines that run through its territory.

“Once he completes Nord Stream 2, these pipelines will no longer worry him,” Cruz said.

In addition, the senator accused Biden of giving the green light to the construction of Nord Stream 2, linking this to the notorious Russian “invasion” of Ukraine.

“This pipeline was frozen for more than a year - until Joe Biden became president.

Because he knew what was about to happen, namely: Joe Biden officially lifted sanctions against Russia and Putin and gave the green light to the construction of Nord Stream 2.

That is why there are more than a hundred thousand (Russian.

) military personnel and Russian tanks on the border of Ukraine, and preparations are underway for the invasion.

That's where we are - on the brink of war in Europe."

In turn, the head of the National Committee of the Republican Party, Ronna McDaniel, also blamed the head of the White House for the fact that under his rule, “Putin is concentrating forces on the border of Ukraine,” while under Trump, according to her, there was a “cessation of escalation.”

Trump is President: No more escalation.

Earlier, she also pointed to the logic of the Biden administration.

“We will send Harris to Europe to protect the Ukrainian border, but not to our south to protect ours,” she stressed.

The logic of the Biden administration…

Send Harris to Europe to secure Ukraine's border, but don't send her to the southern border to secure ours.

Against the backdrop of Washington's accusations

At the same time, Joe Biden and his administration continue to accuse Russia of plans to "invade" Ukraine.

In particular, US Secretary of State Anthony Blinken said that Vladimir Putin has allegedly "made a decision" on this matter.

“Everything we see tells us that the decision to invade, which we think was made by President Putin, is moving forward,” Blinken said in an interview with CBS.

Recall that Moscow has repeatedly denied such accusations.

So, on February 20, on the air of the CBS TV channel, Russian Ambassador to the United States Anatoly Antonov once again stressed that the Russian side is not planning an “invasion” of Ukraine and is not undertaking it at the moment.

Earlier, he reported that the statements of the United States about Russia's allegedly "imminent invasion" of Ukrainian territories are a new round of a disinformation campaign against the Russian Federation.

In addition, Moscow explained back in the summer of 2021 that it did not intend to refuse gas transit through Ukrainian territory.

“Russia and Ukraine have an agreement on gas transit to Europe, this agreement will remain in force for the entire period of its validity.

But even after the expiration of this agreement, Russia does not intend to give up Ukrainian transit.

President Putin proceeds from the fact that in the future the volumes of gas supplied to Europe will increase, and Ukrainian transit may be in demand, ”Press Secretary of the Russian President Dmitry Peskov told reporters.

According to the director of the Franklin Roosevelt Foundation for the Study of the United States at Moscow State University, Yuri Rogulev, new statements by Republicans criticizing Biden should be considered in the light of the upcoming midterm congressional elections, which will be held in November this year.

They will elect all members of the House of Representatives and a number of senators.

The Democrats currently hold the majority in the lower house of Congress.

“Recent statements by Republicans criticizing the political course of Democrat Biden, primarily in relation to Russia, suggest that any arguments are used to weaken the position of the head of the White House and the Democratic Party as a whole before the midterm congressional elections.

Black PR has not gone anywhere, as has accusatory political rhetoric, ”Rogulev said in a conversation with RT.

According to him, in this case, we are not talking about the most beneficial or acceptable political course of the United States and the preservation of national interests, "but only about the struggle of the two camps."

As he noted, US foreign policy is "the subject of domestic political struggle."

“Because of this, domestic politics largely has a negative impact on the foreign exchange rate.

And here, for the warring parties, all arguments are good if they somehow harm the opponents.

According to this scheme, the interaction of Republicans with Democrats is now taking place.

It’s not for nothing that the first ones remind Biden at the same time about the unorganized flight from Afghanistan, after which the reputation of the head of the White House was greatly tarnished, about the situation around Ukraine, the “Russian invasion” and Nord Stream 2, ”the expert said.

As political scientist Malek Dudakov noted in an interview with RT, the Republicans want to destroy the image of a peacemaker built by Democrat Biden and his team against the backdrop of the situation around Ukraine and Russia's accusations of the notorious "invasion".

“Of course, the representatives of the Republican Party are doing just that, thus forming a kind of political show in Washington.

Republicans in this case use any, even sometimes strange and absurd arguments, such as, for example, about Nord Stream 2 or the mystical “invasion” of the Russian Federation, in order to weaken the position of the American leader, ”Dudakov said.

The expert recalled that representatives of the Republican Party often criticize Biden for what, in their opinion, he is pursuing a “soft policy” towards Russia and Nord Stream 2.

So, in November 2021, a group of US Republican congressmen announced their deep concern about the policy of the Biden administration towards Moscow, as well as the “dangerous consequences” of such a course.

This was stated in their letter to the US Secretary of State.

Then they blamed the American leader for the decision to give the green light to Nord Stream 2, insufficient support for Ukraine and the prolongation of the Strategic Offensive Arms Treaty (START III).

Republican Party officials also urged the White House to strengthen the US's "deterrent position", impose sanctions on the Russian gas pipeline and provide Ukraine with a "clear path to membership" in NATO.

“But against the backdrop of the current hysteria in Washington and the West in general about Russia’s “invasion” of Ukraine, the Republicans decided to once again attack the head of the White House with criticism in order, so to speak, to consolidate the result.

In particular, Ted Cruz wants to show himself as a hawk, a defender of US interests against the backdrop of Biden, who does not protect them, ”Dudakov said.

At the same time, experts, commenting on the words of the Republican Cruz that the election of Biden is supposedly “the best thing that could happen” for Vladimir Putin, noted that at one time in about the same vein, but about the 45th US President Republican Donald Trump, Democrats have also spoken.

So, in 2018, former United States Secretary of State Madeleine Albright said in an interview with CNN that Trump is “practically a gift” for the Russian president.

“A gift to Putin” called Trump’s actions in the United States and the speaker of the American House of Representatives, Nancy Pelosi.

As for Ronna McDaniel, representing the Republican Party, in her words with Biden's criticism of the southern border, according to Dudakov, "there is sound logic."

“In essence, her statement is that Biden is paying too much attention to the Ukrainian border at a time when the American border is under threat due to the migration crisis.

And it is true.

At the same time, I note that Biden is not recording an appeal due to the migration collapse in his country, he is preparing a speech specifically about the security of the Ukrainian border.

But an ordinary American, as a rule, does not even know where Ukraine is located, and will not find it on the map, ”Dudakov said.

According to him, despite the somewhat absurdity of the statements of the Republicans regarding Russia, at least in one they are right: instead of solving the internal problems of the United States, including the migration crisis, Biden focused on the Ukrainian issue in the hope that this will bring him more political points.

“Biden is trying to feed statements about the Ukrainian crisis to his own population, saying that there are some kind of national interests many thousands of kilometers from the United States.

The situation around Ukraine and the topic of Russia have not just become the object of close attention in the domestic political life of the United States.

Great attention is paid to this by the administration of the head of the White House.

Biden needs this in order, among other things, to divert the attention of the population from internal problems related to the migration crisis, high levels of crime and inflation, ”concluded the analyst.