Now German researchers in Karlsruhe have weighed the little neutrino. It is the second most common particle of the universe and is found everywhere. More knowledge about neutrinos can lead to a better understanding of how the entire cosmos is structured. Play the video to see how to weigh a neutrino. 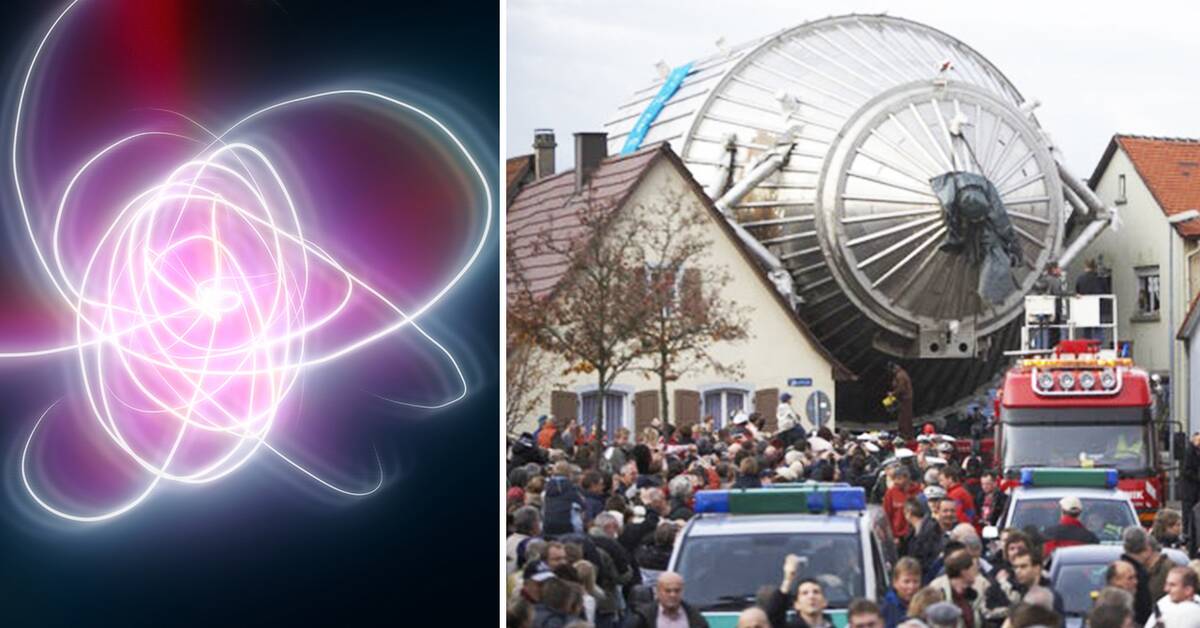 Every second, 65 billion neutrinos rush through your thumbnail.

You do not notice anything because the lightest particle in the universe very rarely affects its surroundings.

But despite this, the German Karlsruhe Tritium Neutrino experiment, abbreviated KATRIN, has weighed neutrinos.

The experiment showed that neutrinone has a mass that can not exceed 0.8 electron volts, which is a unit used in particle physics.

Physicists have thus not yet been able to fully determine the mass of neutrinos, but now it is known that it must weigh less than 0.8 electron volts.

with a total of 35 zeros ending with a second.

One billionth of the proton

It is very small, and a billionth of what a proton weighs - it is also a small particle that lives in the nucleus of the atom.

The discovery is published in Nature Physics.

- It is very important to know the mass of neutrinos.

They are so incredibly common and thus have a great impact on how the universe behaves, says Sara Strandberg who is a professor of particle physics at Stockholm University.

For a long time, physicists believed that neutrinos, like photons, had no mass at all.

The discovery that neutrinos must still have a mass was made just over 20 years ago.

But a neutrino with mass did not fit at all into the basic theory that describes the smallest building blocks of the universe, the so-called standard model.

- The fact that neutrinos have mass is one of the most obvious shortcomings of the standard model for particle physics.

So direct measurements of the neutrino masses are highly interesting because they can help us understand how the standard model should be extended, says Sara Strandberg.

Play the video to see how to weigh a neutrino.