French President Emmanuel Macron called on his Iranian counterpart Ibrahim Raisi - during a phone call - to seize the opportunity now to revive the nuclear agreement, amid Western optimism about the chances of reaching an agreement in the ongoing negotiations in Vienna. 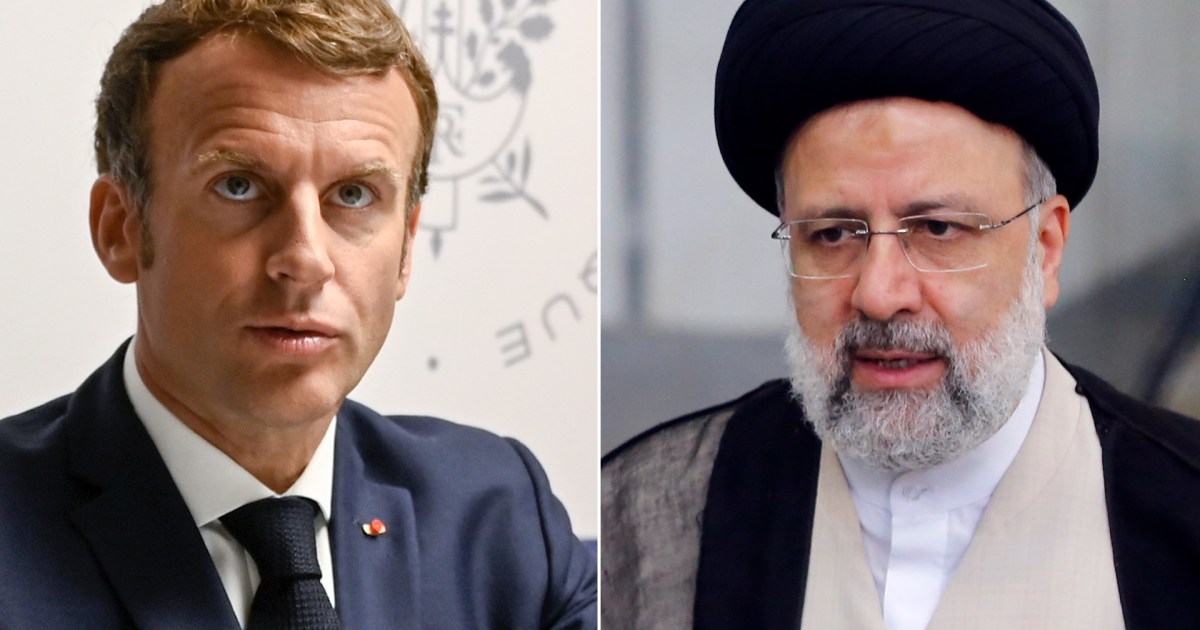 French President Emmanuel Macron called on his Iranian counterpart Ibrahim Raisi - during a phone call - to seize the opportunity now to revive the nuclear agreement, amid Western optimism about the chances of reaching an agreement in the ongoing negotiations in Vienna.

The French presidency said in a statement that Macron stressed, during the 90-minute call, on Saturday, "the urgent need to reach an agreement."

Macron expressed his "conviction that the talks, which took place with the active participation of France and its partners, made it possible to reach a solution that respects the fundamental interests of all parties, and that would avoid a severe nuclear crisis."

The French president said that Iran must now "seize this opportunity and take the political decisions that allow preserving the Vienna Agreement in the interest of Iran and everyone," according to the Elysee statement.

For his part, Iranian President Ebrahim Raisi said that any agreement in Vienna should include "abolishing the embargo, providing valid guarantees and closing political cases and allegations," according to the Iranian Tasnim news agency.

Raisi added that the Iranian delegation is seriously seeking to push the Vienna negotiations forward, and that his country presented constructive proposals during the negotiations and studied the proposals made by the other parties.

He said that the Iranian delegation has repeatedly announced that it welcomes initiatives that meet and protect the rights of the Iranian people, warning that "political pressures or allegations aimed at maintaining an instrument of pressure on the Iranian people would undermine the chances of reaching an agreement."

Last Thursday, the United States announced that "substantial progress" has been achieved during the ongoing negotiations in Vienna to revive the nuclear agreement, and talked about the possibility of reaching a consensus in the coming days "if Iran shows seriousness."

For his part, German Chancellor Olaf Scholz warned - yesterday, Saturday, during the Munich Security Conference - of the failure of negotiations to save the nuclear agreement, calling on the Iranian government to soften its "position."

On the other hand, Iranian Foreign Minister Hossein Amir Abdollahian, during his participation in the same conference, called on Western countries to seize the opportunity.

Abdullahian stressed his country's adherence to obtaining US economic guarantees, and promised direct negotiations with Washington if sanctions were lifted.

In the same context, the Iranian ambassador to the State of Qatar Hamid Reza Dehghani said that the negotiating team in Vienna is authorized to end the differences that prevent the signing of an agreement.

Dehghani saw that Western fears about his country's nuclear program are just excuses to evade commitment to previous agreements, he said.

At the regional level, Dehghani said that any Qatari, Arab or international effort to achieve reconciliation and rapprochement between Iran and the countries of the region is welcome.