Jae-myung Lee, campaigning in Gyeonggi-do for the second day... Seok-Yeol Yoon prepares for a TV discussion

Even in the midst of the unification issue, the presidential clock has ticked back and there are now 17 days left. Democratic Party candidate Lee Jae-myung continued his second day of campaigning in his political hometown, Gyeonggi-do. 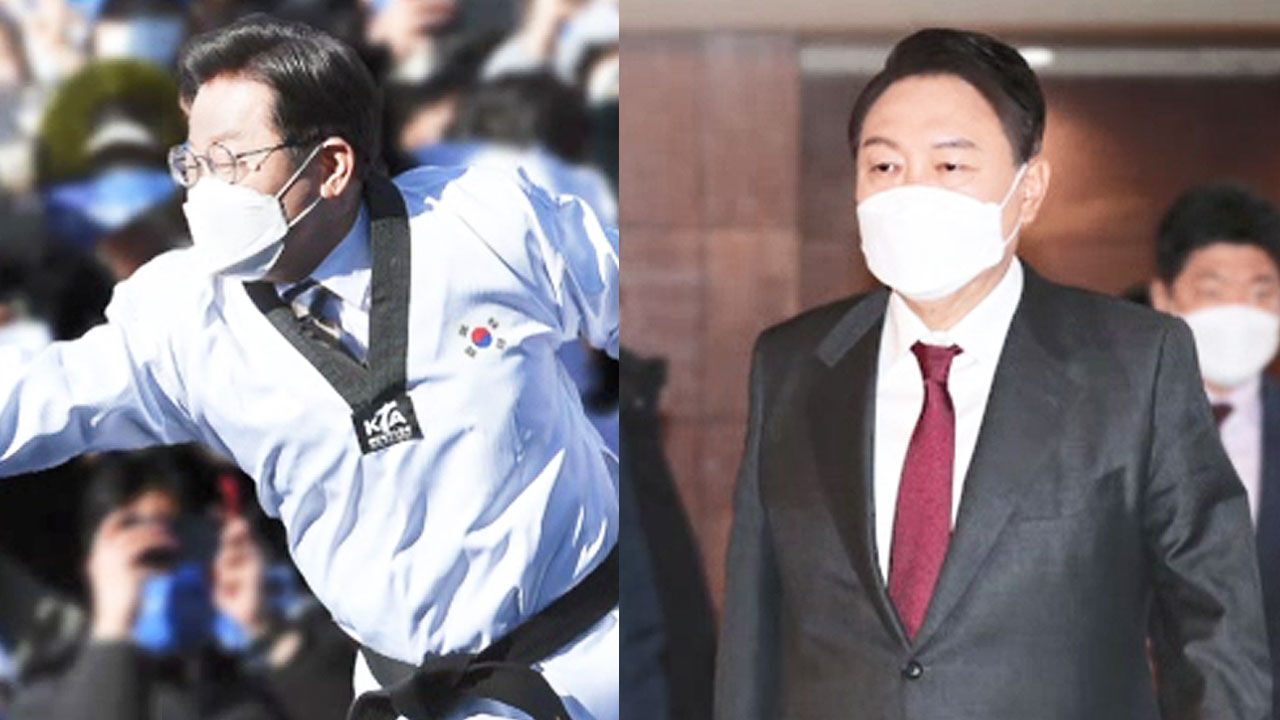 Despite the unification issue, the presidential clock has ticked back and there are only 17 days left.

Democratic Party candidate Lee Jae-myung marched to Suwon wearing a Taekwondo uniform with the phrase 'Promise 9' written on it.

He showed a performance of 'Corona Crisis Songpan Defeat' and promised to stop excessive quarantine and increase business hours until midnight.

[Lee Jae-myung/Democratic Presidential Candidate: I think quarantine should also be changed to be flexible and smart

People's Strength candidate Yoon Seok-yeol worked hard to prepare for tomorrow's debate without any schedule other than filming for a TV commercial.

As the topic of discussion is economic measures in the era of Corona and the direction of the next government's economic policy, it is likely that the firepower will be focused on criticism of the current government's 'income-led growth'.

[Yoon Seok-yeol/People's Power Presidential Candidate (Yesterday): How can we plunge our economy into a disaster with the leftist theory of income-led growth?

In the midst of this, the two parties waged a battle over the transcript of the Daejang-dong allegation.

The People's Power said, "Candidate Yoon has no acquaintance with Mr. Kim Man-bae," dismissing it as false, and then demanded the release of the full transcript.

[Sim Sang-jung / Justice Party presidential candidate: Who is the candidate who will create the future of young people and women in the face of vested two-party politics, everyone?]

People's Party candidate Ahn Cheol-soo said, ' After the press conference of 'withdrawal of proposal for unification,' I started a campaign on the streets of Hongdae, Seoul.

[Ahn Cheol-soo/People's Party Presidential Candidate: Isn't the reason for electing the president to be to create a happy country where the suicide rate is lower and the birth rate is higher?]

SBS will broadcast the court debate of the four candidates live from 8 PM tomorrow evening.