Ethiopia announces the start of generating electricity from the Renaissance Dam, and Abi Ahmed pledges not to harm Egypt and Sudan

Ethiopian Prime Minister Abiy Ahmed officially inaugurated today, Sunday, the first phase of electric power production from the Renaissance Dam on the Blue Nile, 7 months after the completion of the second filling of the dam's reservoir. 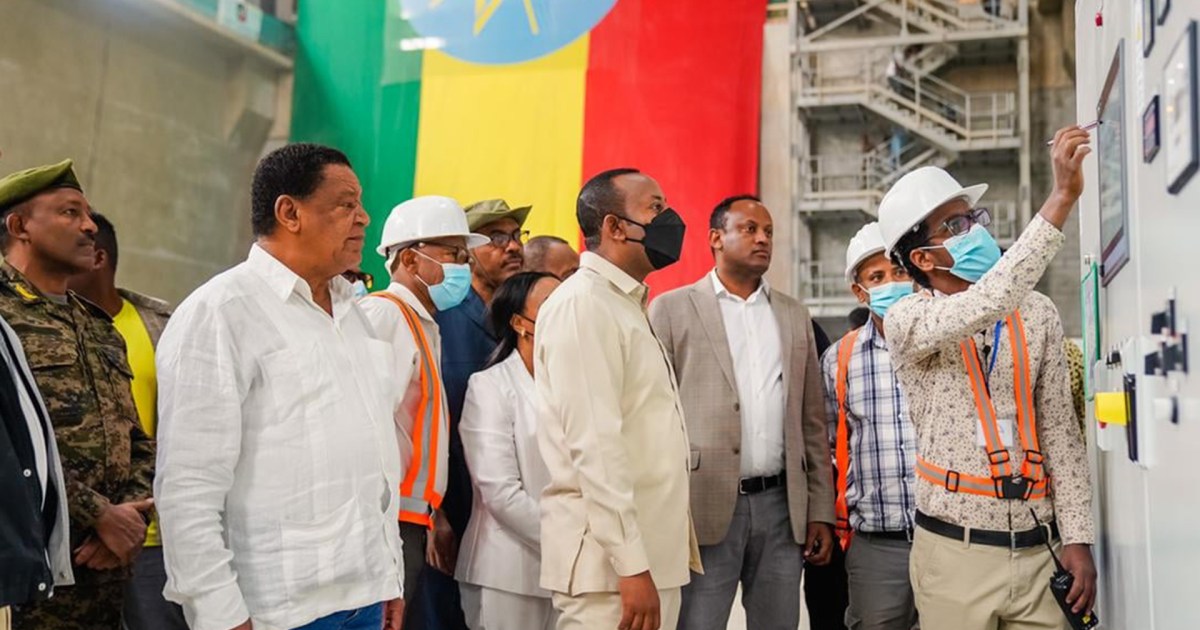 Ethiopian Prime Minister Abiy Ahmed officially inaugurated today, Sunday, the first phase of electric power production from the Renaissance Dam on the Blue Nile, 7 months after the completion of the second filling of the dam's reservoir.

Accompanied by high-ranking officials, Abiy toured the power plant and pressed a set of buttons on an electronic screen. During the inauguration ceremony, he congratulated the Ethiopian people on the "birth of a new era" of development in the country.

He added that the water will flow to Sudan and Egypt, because Ethiopia's relationship is fraternal with the two peoples, and no harm will befall them.

"We will provide energy to 60% of the population who have not seen a lamp before, and we will also provide comfort to our mothers who carry firewood in order to save energy," he said.

According to Al-Jazeera correspondent, two turbines have been operated to generate electricity, each with a capacity of 350 megawatts, out of 13 turbines.

The reporter added that the Ethiopian authorities expect to fully operate the turbines during the next two years, with a capacity of about 6 thousand megawatts.

In 2011, Ethiopia launched the project, estimated at $4 billion, and aims to build the largest hydroelectric dam in Africa. However, it raises regional tensions, especially with Egypt, which relies on the Nile River to provide about 90% of its irrigation and drinking water needs.

The Renaissance Dam is located on the Blue Nile in the Benishangoul-Gemuz region, about 30 km from the border with Sudan.

The Blue Nile, which originates in Ethiopia, meets the White Nile in Khartoum to form the Nile River, which crosses Sudan and Egypt and flows into the Mediterranean.

For Egypt, which relies on the Nile to provide about 97% of its irrigation and drinking water needs, the dam poses an existential threat.

For his part, Sudan hopes that the project will contribute to controlling annual floods, but it fears that its dams will be damaged in the absence of an agreement on the operation of the Renaissance Dam.

Talks held under the auspices of the African Union did not reach a tripartite agreement on the filling and operation of the dam.

Cairo and Khartoum demanded that Addis Ababa stop filling the dam's reservoir until an agreement is reached.