Computer parts are sawn into pieces, ground to powder and heated quickly to almost 3000 degrees. American researchers have come up with the latest technology to recycle the precious metals in our old electronics. Play the video to see the new invention. 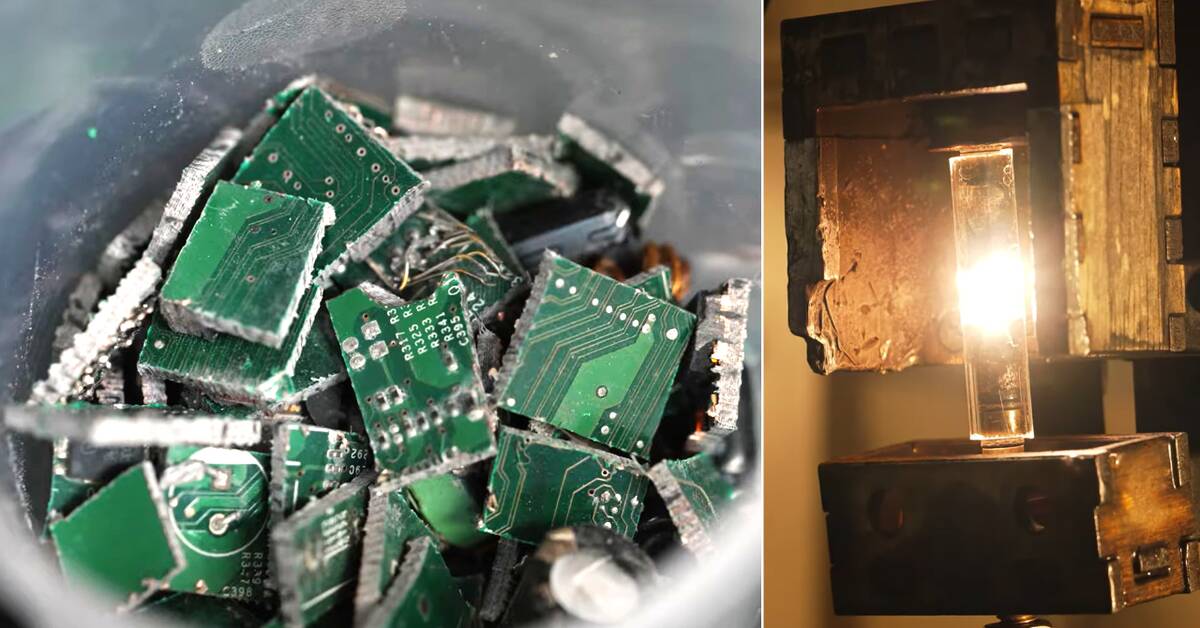 Rare earth metals are a group of metals used in almost all modern technology.

They are used in, for example, mobile phones, computers and electric cars and are becoming increasingly sought after.

Now a research group at Rice University in Texas has come up with a new technology to more easily recycle the rare earth metals from old electronics.

Their results are presented in the journal Science Advances.

- We are hopeful that this will help take care of the millions of tons of electronic waste produced each year, says research leader Bing Deng in a press release.

- It is good that new methods are being researched to recycle these metals, but there is a long way to go before using this method on a large scale, says Teodora Retegan Vollmer, professor of nuclear chemistry and associate professor of hydrometallurgy at Chalmers University of Technology and who are researching the recycling of metals from electronic waste.

She explains that the new method can be useful in a first step in recycling.

But it does not solve the problem of separating the different metals from each other, something that is required for them to become part of new electronics.

Rare earth metals are difficult to recycle due to several reasons.

They occur in small amounts in each product, in addition, they are often enclosed by other substances and sometimes mixed with other metals.

- There are no relevant and updated statistics on how much of the rare earth metals are recycled, but globally it is between one and five percent, says Teodora Retegan Vollmer.

Almost everything from China

Even if a product ends up in a recycling center, it is far from all materials that can be used.

- There is usually no thought before making a mobile phone or a TV that it should be recycled afterwards, it makes it more difficult to separate different materials, says Teodora Retegan Vollmer.

The global market for rare earth metals was valued at SEK 46 billion in 2020 and the market's value is expected to double by 2026, according to the market analysis company Research And Markets.

At present, the EU imports 98 percent of its needs from China, according to statistics from the European Commission.