Six crimes, six, are included in the three complaints that throughout this Friday morning reached the Anti-Corruption Prosecutor's Office about the contract affair for... 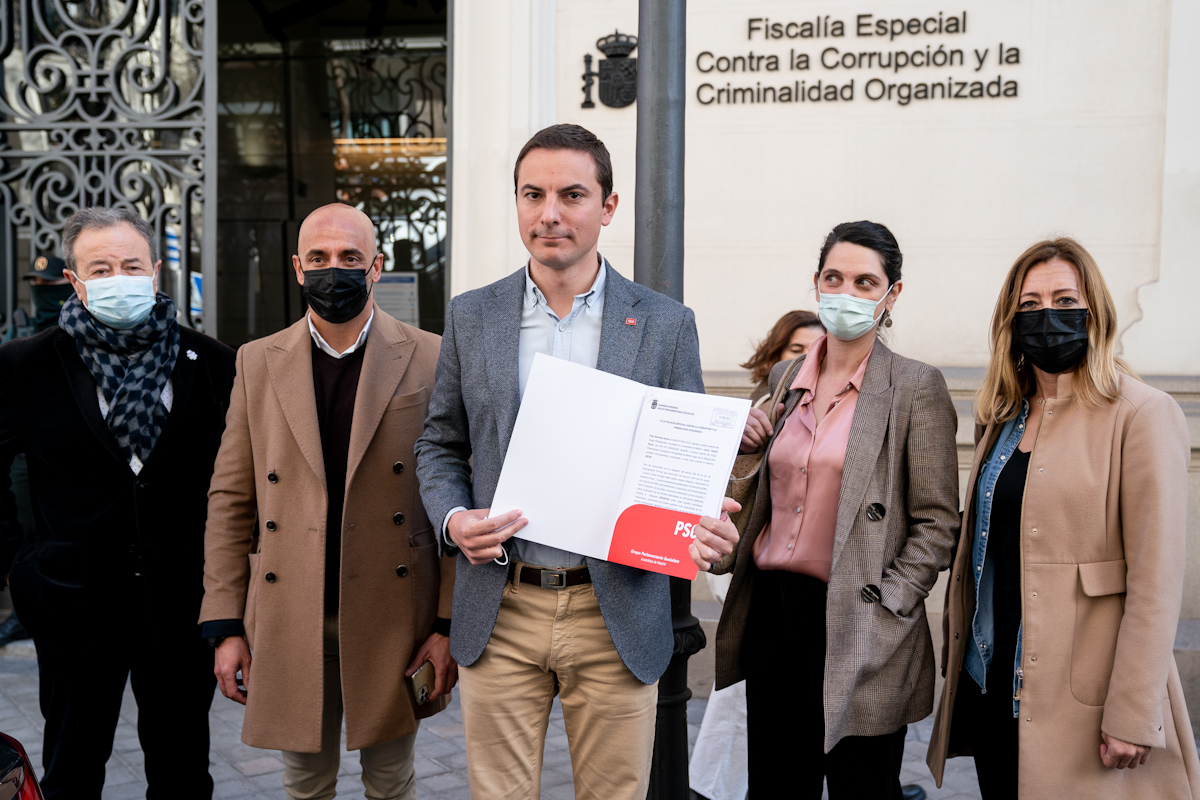 Six crimes, six, appear in the three complaints that throughout this Friday morning reached the Anti-Corruption Prosecutor's Office about the

of the contract for masks and the family of Isabel Díaz Ayuso.

Fiscal and legal sources, however, focus their interest on only one, that of influence peddling.

It is the one that, in view of the information made public - the complaints do not provide news - appears as the most plausible.

And the statement made public by the Madrid president, the same sources point out, greatly reduces the chances of it being committed.

If, as the regional president maintains, the payment corresponded to the "management for the purchase of masks in China", the brother's activity would be far from the area in which the crime can be committed, which is around the officials responsible for giving the approval good to the contract.

The crime of influence peddling can be committed by both an authority (Isabel Díaz Ayuso) and an individual (her brother or the owner of the winning company).

It punishes whoever influences another public official or authority, taking advantage of their own hierarchy or personal relationship to achieve a resolution that brings an economic benefit for themselves or for a third party.

The prison sentence that it entails would be a minimum of one year and three months -since the benefit came to be produced- up to two years.

To this would be added a disqualification from public office for seven to nine years and a fine of up to double the benefit.

The rest of the crimes reflected in the complaints - prevarication, embezzlement, bribery, prohibited negotiation of officials and corruption between individuals - are not impossible, but the sources consulted consider them much more unlikely.

Anti-corruption examined this Friday the complaints of More Madrid, the Madrid socialists and United We Can.

This next week he will communicate his impressions to the State Attorney General's Office, which will decide on the opening or not of some investigative proceedings.

The PSOE spokesman in Madrid, Juan Lobato, this Friday.EP

The vast majority of complaints that reach Anticorruption are rejected without opening proceedings.

However, these are not just any complaints, neither by the person presenting them nor by those who could be implicated.

Sources from the Public Ministry believe that the Attorney General will order an investigation to be opened.

In principle, the decision corresponds to the attorney general, Dolores Delgado.

She as long as she does not consider that she should refrain from the matter, since she points to a leader of the PP, therefore a rival of the Government to which she belonged.

The first foreseeable step would be to claim all the documentation on the hiring, payments and the alleged efforts of

to obtain the medical material.

With the documentation studied, the protagonists, mainly the president's brother and the owner of the winning company, would be taken to take statements.

Isabel Díaz Ayuso is certified before the Supreme Court, so in principle the competent Prosecutor's Office to investigate would be that of the High Court.

However, her complaints do not point to her alone.

In practice, only when the investigation already points clearly to an appraised person, Anticorruption refers the matter to whom it corresponds.

So, initially, everything indicates that it would be this specialized Prosecutor's Office that would carry out the proceedings.

The spokesperson for United We Can in Madrid, Carolina Alonso (left), this Friday.

Also hovering over the case - which is reflected in the complaints - is the regulation of incompatibilities of public positions, which in the case of the Community of Madrid is included in a 1995 law. "Those who hold a high position", says the Madrid regulations, " They are obliged to refrain from knowing the matters in whose office they have intervened or that are of interest to companies or companies in whose property they participate or in whose direction, advice or administration they, their spouse or person in their family have had some part within the second civilian degree.

According to its text, the president could not intervene in an adjudication that would benefit her brother.

But in this case, legal sources indicate, the Governing Council was only informed of the payment of the contract, with it already executed and the sanitary material delivered.

PoliticsCrisis in the City Council due to the espionage of the PP: silence, siege of Almeida and Levy's difficult decision