After a start to the season far from his standards, the Norwegian biathlete Johannes Boe experienced a golden renaissance at the Beijing Olympics, symbolized by his fourth title in the mass-start v… 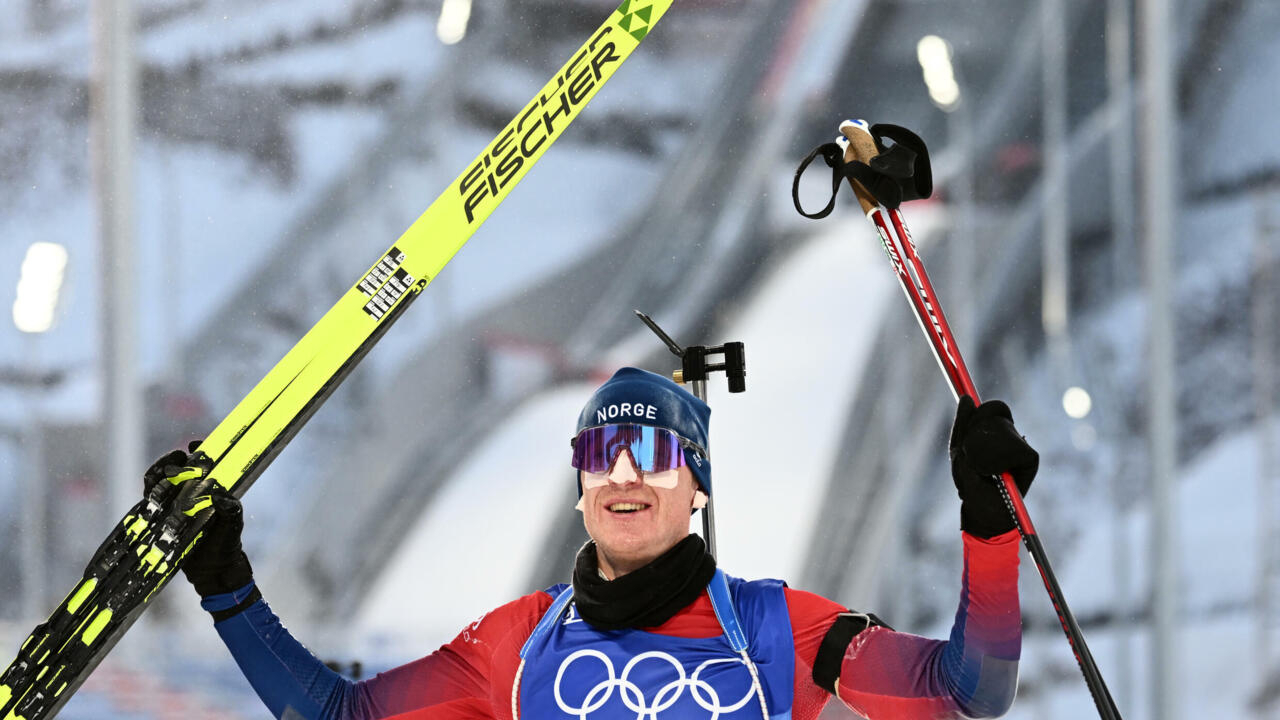 Before setting foot on Chinese territory, Johannes Boe, 28, had won only one individual race in the World Cup this winter, a sprint in Grand Bornand, in Haute-Savoie, he who has 55 individual successes in his career.

"We had a fight. The start of the season was chaotic with his problems with prone shooting, the fact that he's training up and down. We know his qualities, that he's capable of progressing from race to race. race. At Christmas, we reworked things", explained the coach of the Norwegians, the Frenchman Siegfried Mazet.

The shooting coach of the Norwegian team, the French Siegfried Mazet, during a training session with his athletes, February 17, 2018 at the Olympic Games in Pyeongchang (South Korea) François-Xavier MARIT AFP / Archives

The text explanation took a while to bear fruit.

The first stage after the transition to the new year, at the beginning of January in Oberhof, did not go as hoped.

"At Oberhof we put our finger on things that got into his shot that we hadn't detected. At Oberhof, he should have shown something else, he is doing his worst races", underlines Mazet.

The break for the stage in Ruhpolding (Germany) was good.

And after the Anterselva races, he arrived in Beijing invigorated, despite spending seven days under the contact case regime, with isolation and permission to go out only to train and participate in the races.

Friday, in extremely complicated wind conditions, he had a scare with two faults during the last standing shot, and the stress of seeing his pursuers, the Swede Martin Ponsiluoma and the French Quentin Fillon Maillet, return to his sticks.

But the three faults of "QFM", leader of the World Cup, and the fault of Ponsiluoma sealed the fate of the race in favor of Boe.

Norwegian Johannes Thingnes Boe, on the shooting range during the mass-start at the Beijing Games, on February 18, 2022 on the track of the national biathlon center in Zhangjiakou Jewel SAMAD AFP

With this fourth Olympic title in this edition of the 2022 Olympic Games (after the sprint, the men's relay and the mixed relay), he joins the list of biathlon legend Ole Einar Björndalen, who had made a real raid in Salt Lake City in 2002. with gold in the four races contested at the time (individual, sprint, pursuit and men's relay).

"Everyone here knows who Ole Einar Björndalen is, the king of biathlon. To have my name associated with his is a great achievement, something to celebrate," explained Johannes Boe.

"The last few years have been very good for me, but it's at the Games that it matters the most and I'm very happy to have responded at the right time. It's a great relief".

Boe and Fillon Maillet leave China with five medals each (four titles for the Norwegian, two for the Frenchman), a historic achievement.

The joy of the Norwegian Johannes Thingnes Boe, gold medalist in the sprint at the Beijing Olympics, on February 14, 2022 in Zhangjiakou Tobias SCHWARZ AFP / Archives

Next objective in the viewfinder of his rifle, the record of eight titles of his compatriot Björndalen (record at the Winter Games jointly held with the Norwegian cross-country skiers Björn Daehlie and Marit Björgen).

He misses three since in Pyeongchang, he had won the individual.

See you in Anterselva in four years.